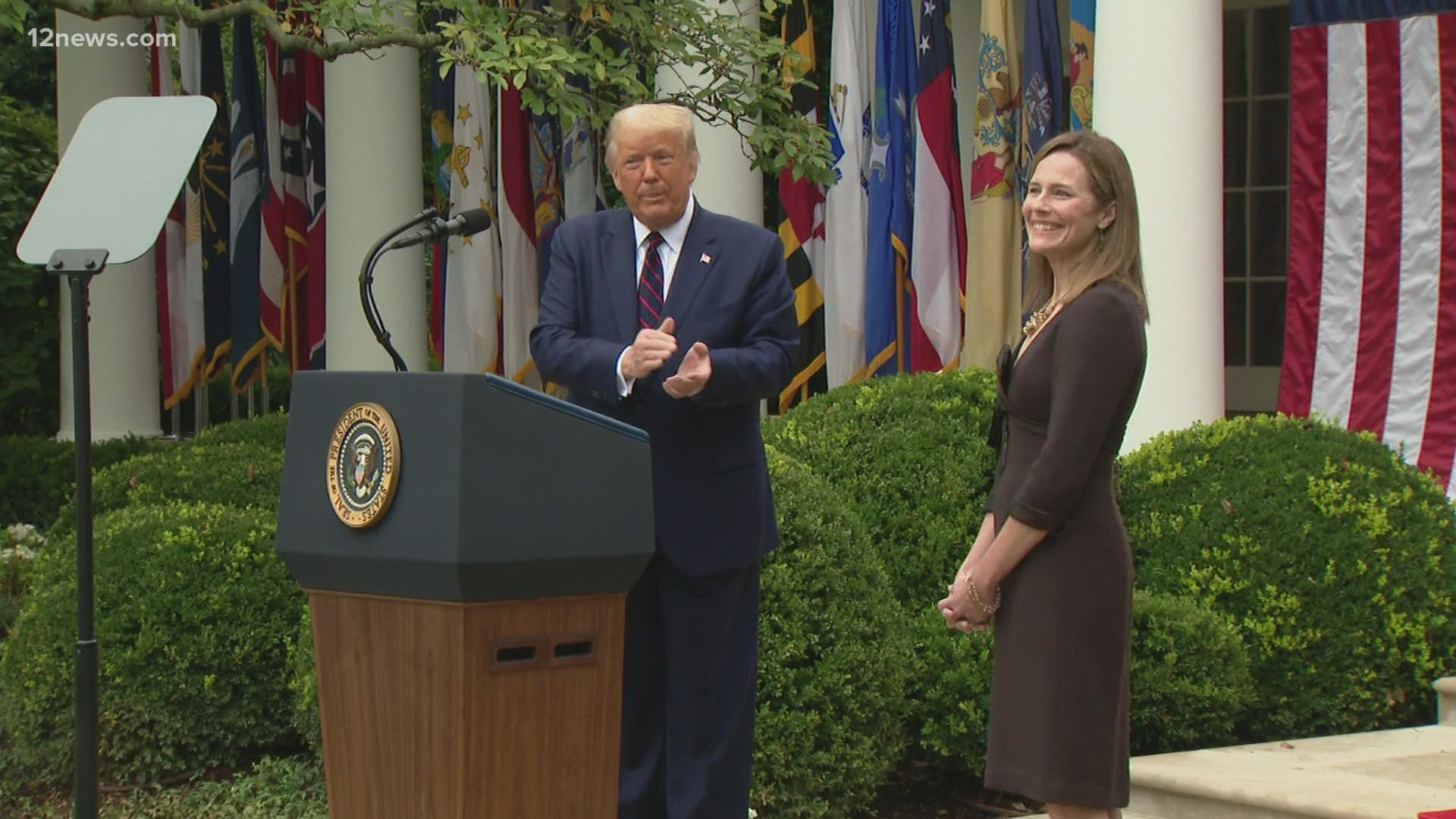 On Saturday, the governor issued the following statement in a press release:

"Judge Amy Coney Barrett is a remarkable individual who will make an outstanding Supreme Court Justice. Her proven legal brilliance is matched by her exceptional character and unflinching commitment to the U.S. Constitution. The Senate should swiftly confirm Judge Amy Coney Barrett to the United States Supreme Court just as it recently confirmed her to the 7th Circuit Court of Appeals."

On Sunday afternoon, Abbott echoed those sentiments on Twitter.

Amy Coney Barrett will be an outstanding @SCOTUS Justice. She has proven legal brilliance, exceptional character & unflinching commitment to the Constitution. The Senate should swiftly confirm her to @SCOTUS just as it recently confirmed her to the 7th Circuit Court of Appeals.

Shortly after the president's nomination announcement, Joe Biden released a statement, saying in part, "The Senate should not act on this vacancy until after the American people select their next president and the next Congress."

The Senate Judiciary Committee is set to hold confirmation hearings for Barrett during the week of Oct. 12.

WATCH: Filling the ninth seat on the U.S. Supreme Court after Ginsburg's death