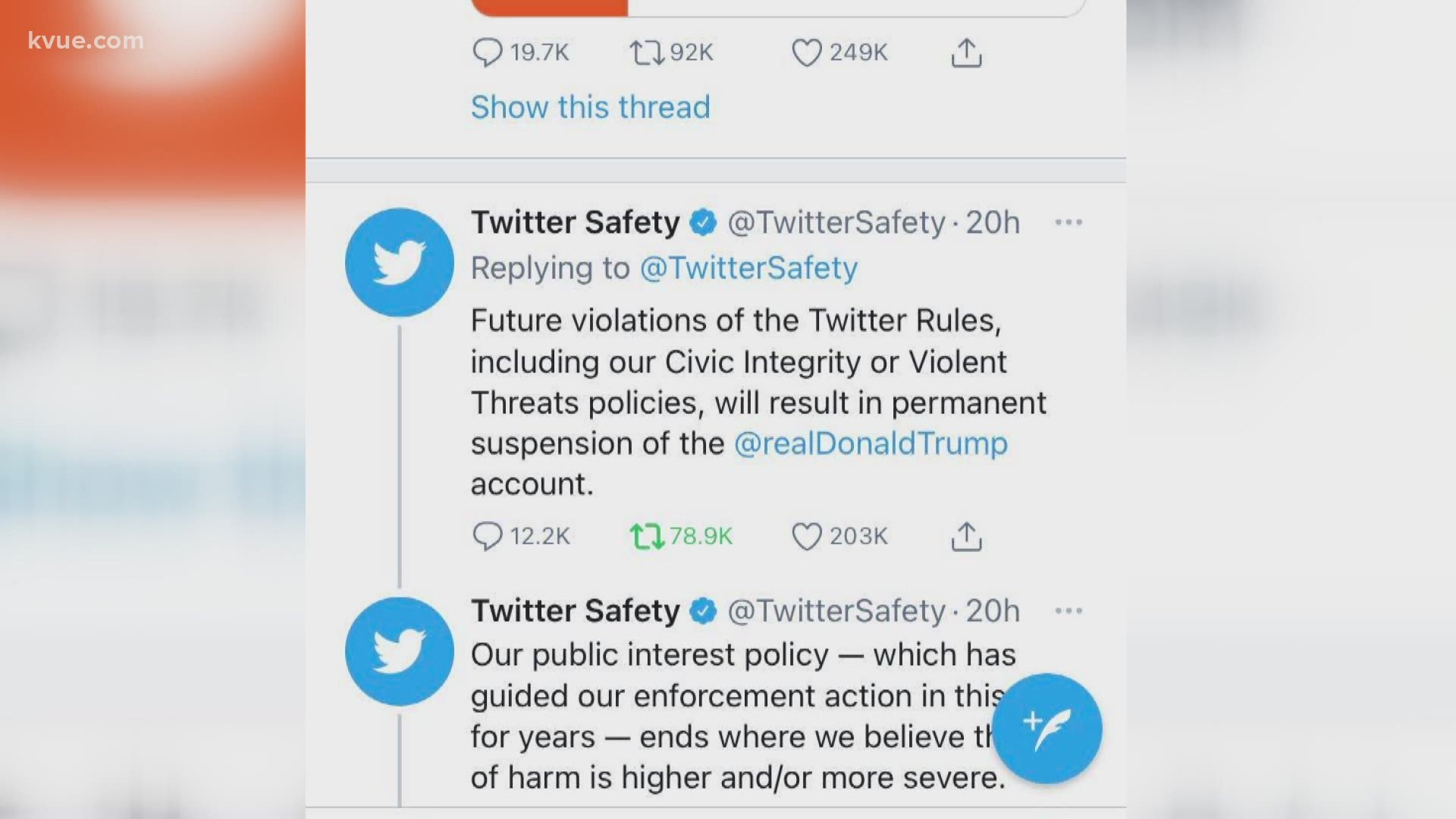 Since the start of his campaign, President Trump has consistently used Twitter as a tool for communicating with his supporters.

"Donald Trump has shown over the last four years that Twitter is his preferred mechanism with communicating with the public. Almost everything that President Trump thinks gets posted there, sometimes without a filter," said Dr. Samuel Woolley, a researcher, writer and professor at the University of Texas with a focus on emerging media technologies and propaganda.

Woolley said after a decade of studying global messages, he's never seen anything like what happened on Wednesday.

"To have a sitting president banned from social media is almost unthinkable, it blew my mind, and frankly everything that happened yesterday shocked me," said Woolley.

As chaos ensued on the Capitol grounds, Twitter posted: "Future violations of Twitter Rules, Including Civic Integrity or Violent Threat policies will result in permanent suspension of the @realDonaldTrump account."

Then on Thursday, Mark Zuckerberg explained why his platforms locked the president out after previous posts. It read in part: "But the current context is now fundamentally different involving use of our platform to incite violent insurrection against a democratically elected government."

Dr. Woolley said in the future you can expect to see social media making tough decisions about what stays or what goes.

"The U.S. government basically divested itself in the early 2000s of any kind of regulation of these platforms. And so the platforms have really go it alone in how they're going to decide they're going to get rid of terroristic content, false content, manipulative content, and it's been a game of whack-a-mole for them," said Woolley.

Forecast: Sunny end to the week ahead of strong system that arrives this weekend