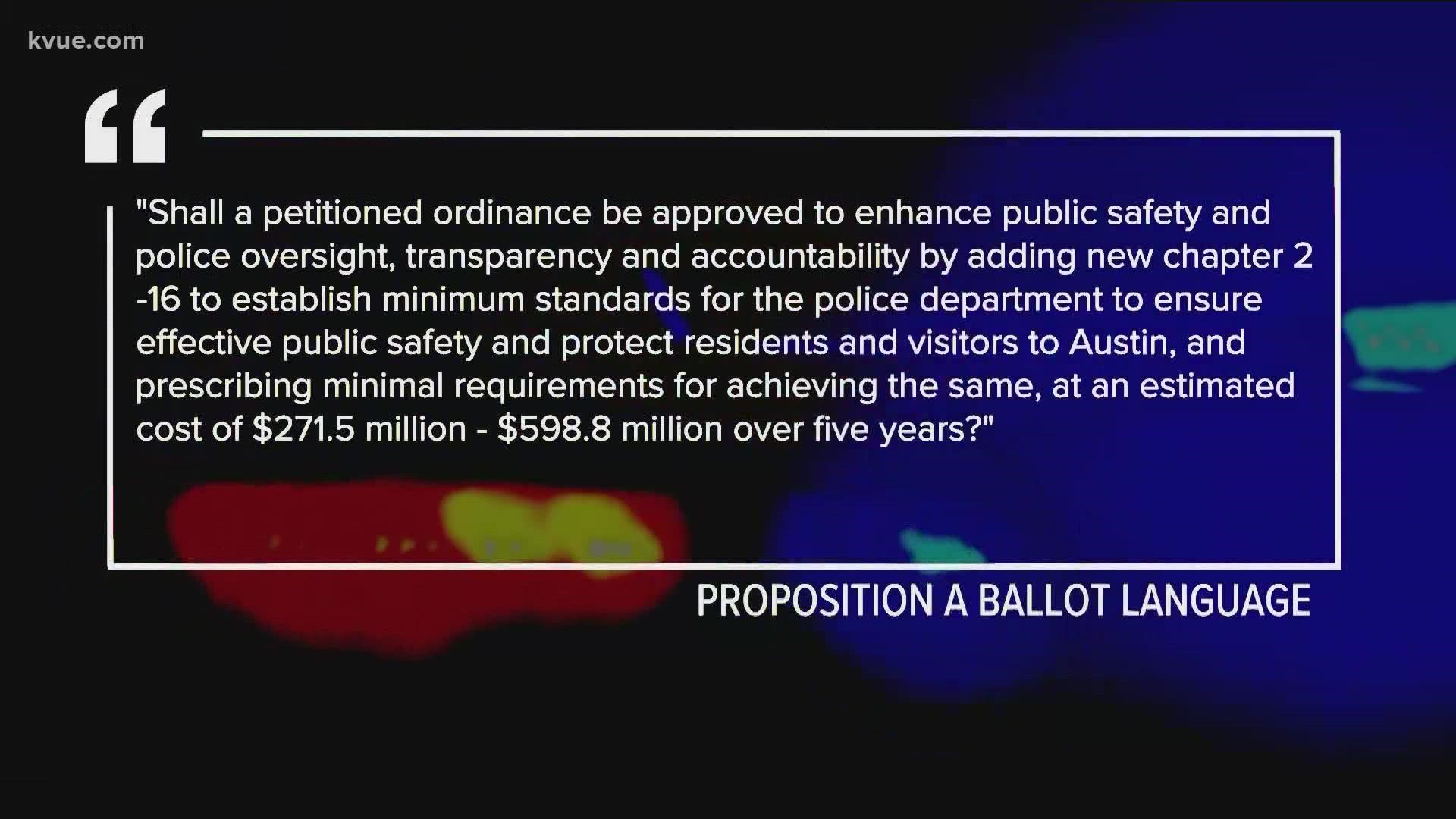 AUSTIN, Texas — In the November 2021 election, Austin voters will consider whether to pass or reject Proposition A, an initiative that would increase police staffing in Austin.

It's a controversial topic that was pushed by the political action committee Save Austin Now and is facing opposition by members of the community as well as the campaign group, "No Way on Prop A."

On Oct. 14, days before the start of early voting in Austin and Travis County, KVUE hosted a debate from both sides of the issue to give voters a balanced look. KVUE and Austin American-Statesman reporter Tony Plohetski moderated. The debate started on KVUE at 6 p.m.

8 state propositions will be on the ballot this Election Day. Here's what you need to know

If passed, Prop A would require a minimum of two police officers per 1,000 population and an additional 40 hours of post-cadet class training hours per year. Front-line officers would also focus 35% of their time on community engagement.

According to Austin police statistics obtained by the KVUE Defenders, the number of officers leaving the department reached 79 in mid-January and increased to 130 by the end of May. Of that 130, 64% were patrol officers, considered the backbone of the department.

A cadet class is currently underway.

The City's Financial Services Department estimated in August that Prop A could potentially take nearly $120 million per year out of the City’s budget. Opponents of Prop A say that it would force cuts to the Austin Fire Department, EMS, 911 call takers, mental health care and more in order to increase Austin police staffing.

KVUE and the Austin American-Statesman solicited questions and feedback from the community about policing in Austin and later hosted a town hall. Rewatch here: 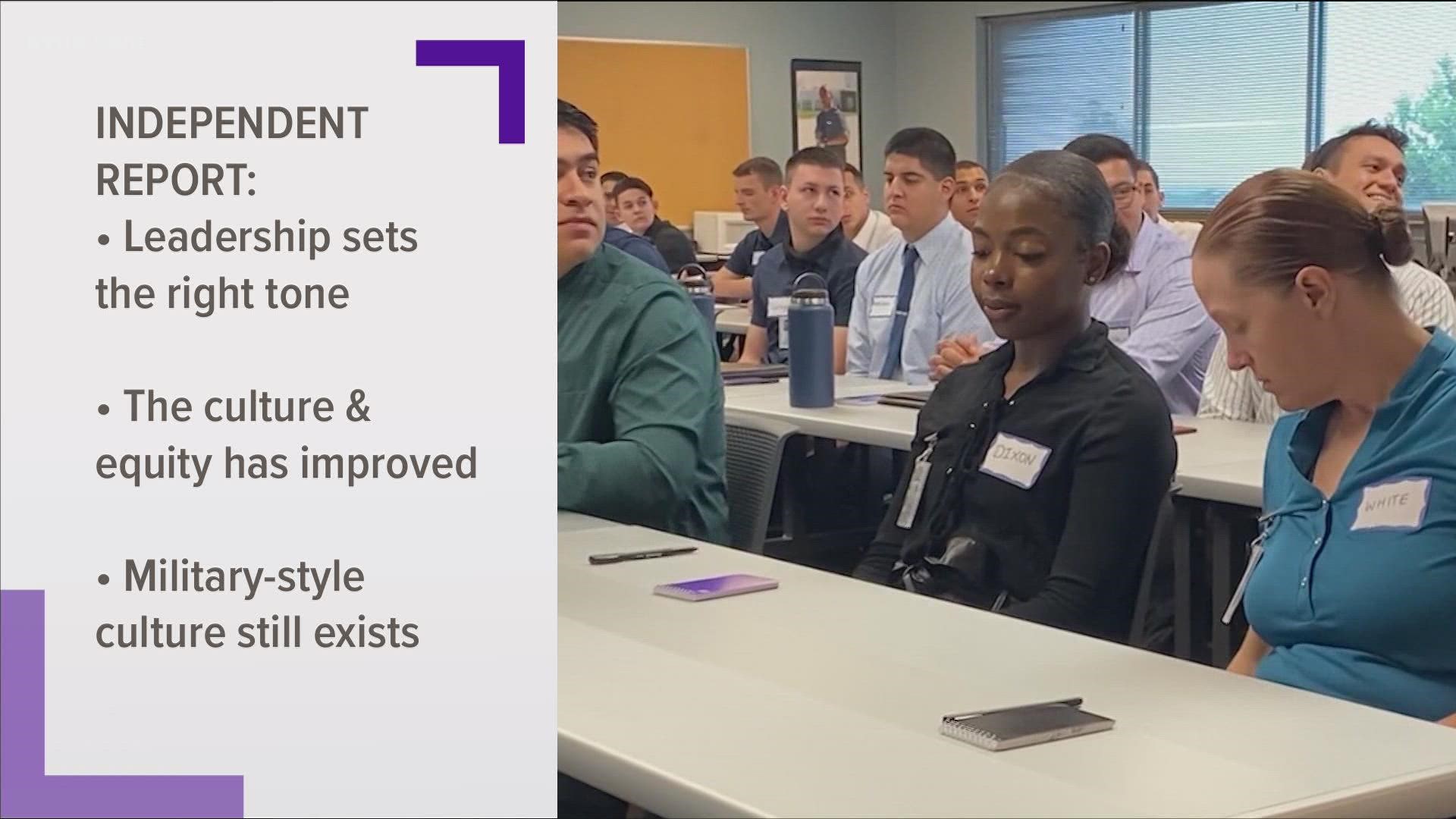