The effort is part of reimagining policing to better reflect the community officers serve. 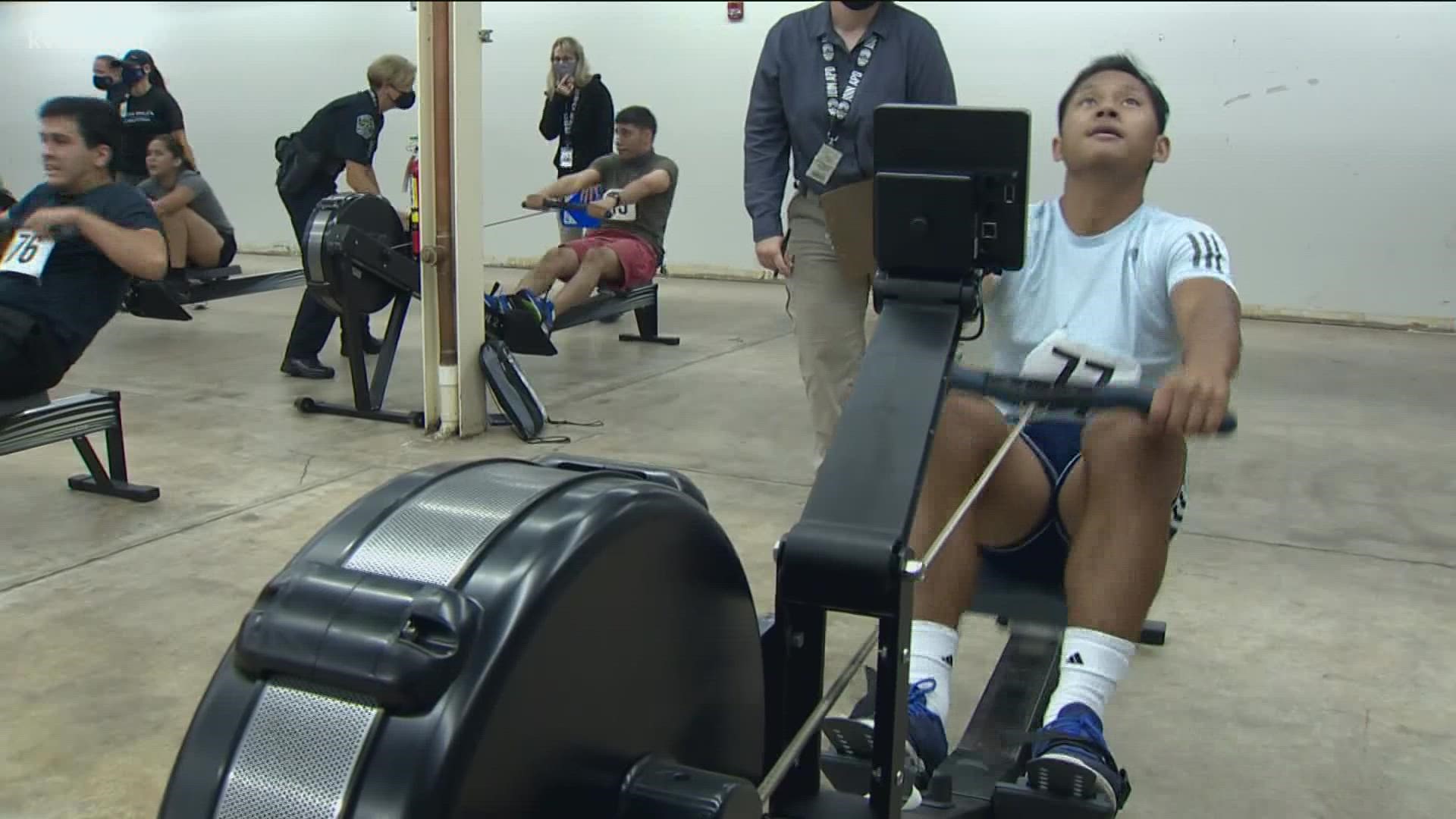 AUSTIN, Texas — Part of the reimagining policing concept in Austin is to diversify the force so it looks more like the communities it serves.

Yet, within the Austin Police Department (APD), Asian American Pacific Islanders (AAPIs) are just under 3%. But AAPIs are the fastest-growing minority group in Austin, representing nearly 9% of the capital city's population, according to the US Census Bureau.

Ehlar Htoo, 23, is part of that growing population. He also wants to qualify as a cadet for the Austin Police Academy.

The Thai native told KVUE that becoming an Austin police officer is something he's wanted since he was 12 years old. That's when Htoo remembers an APD officer helping his family.

"We were going to go somewhere ... we were lost ... and we just happened to run into a first responder and he just helped us out," Htoo said. "He also, you know, goes out of his way to direct us to where we want to go ... The way people make you feel, it will never change, and you always remember that gratitude and want to pay for it. So that's why I want to do it."

Trying to get people to join APD remains a huge challenge, according to police Lt. Jay Swann. He took over the APD Recruiting Unit in the summer.

"We had to stop recruiting for a while as we took everything offline to re-gear our process to come more in line with what the community expects," Swann said.

Recruiting stopped after the Austin City Council eliminated three planned cadet classes in 2020 – part of the overhaul Lt. Swann mentioned – along with a $150 million budget cut aimed at reimagining policing in Austin.

"It's very difficult because you have no momentum, right? Normally, as we continually recruit throughout the year, for example, we're recruiting this year for three upcoming cadet classes in 2020 through 2022 and to have to start from scratch again," Swann said.

So for the first time in September, the recruiting unit started hosting live events on Facebook at night. The goal was to try to reach a broader audience.

Even as recruiting efforts are "full-on," the department is trying to tackle another challenge.

According to the U.S. Census Bureau, the Asian American population in Austin jumped nearly 75% from 2010 to 2020, increasing from 49,159 people to 85,853 residents. The U.S. Census Bureau also showed a nearly 32% growth for native Hawaiians and other Pacific Islanders in that same period, going from 401 people to 528 Austinites.

Eve Stephens is one of these AAPIs.

"So, when I started in 1999, I was only the second Asian American female ever to be hired by the Austin Police Department," Stephens said.

And months later, Jerry Bauzon was promoted to assistant chief, making him the first AAPI to hold that position.

Still, APD Cmdr. Stephens recognizes how much farther the department needs to go.

"So, as Austin's Asian American population has started to grow, the fact that our officer representation hasn't been able to match that is surprising and disappointing, both at the same time," Stephens said. "And so we that's definitely something that we need to work on in an area that we need to focus on."

Robert Lee, a developer and CEO of Pearlstone Partners, agrees.

"We are the fastest-growing community in the United States, not just here in Austin and Texas," Lee said.

RELATED: A look at historical Austin contributions by Asian Americans and Pacific Islanders

Lee's company is behind several multi-million dollar projects, like Parkside at Mueller and Natiivo Austin in the Rainey Street District. He said recruiting more AAPIs for APD is crucial.

"We are comprised of a large number of culturally different people, different countries, different languages, different cultures ... and that makes things even more complicated," Lee said.

Especially when the AAPI community is only expected to grow.

Valencia said one of the factors they look at when exploring population growth is the child population.

"Out of every 10 children that were added into the Austin population in the last ten years, six were of Asian descent. So they're a major driver of growth, not just in terms of people moving into the area but also of people being added into families that are already in the area," Valencia said.

The recruiting unit is ramping up efforts. It held its first AAPI outreach event at the Chinatown Center in North Austin just days ago. Both Bauzon and Stephens were there.

Swann is also planning to meet with the Greater Austin Asian Chamber of Commerce next month, hoping to get the group's help with recruitment and ultimately see more people like Htoo join the APD.

Hiring on the rise in Austin area, Chamber report shows