Police held a press conference on Friday to give an update to the public on safety at the Austin Pride parade. 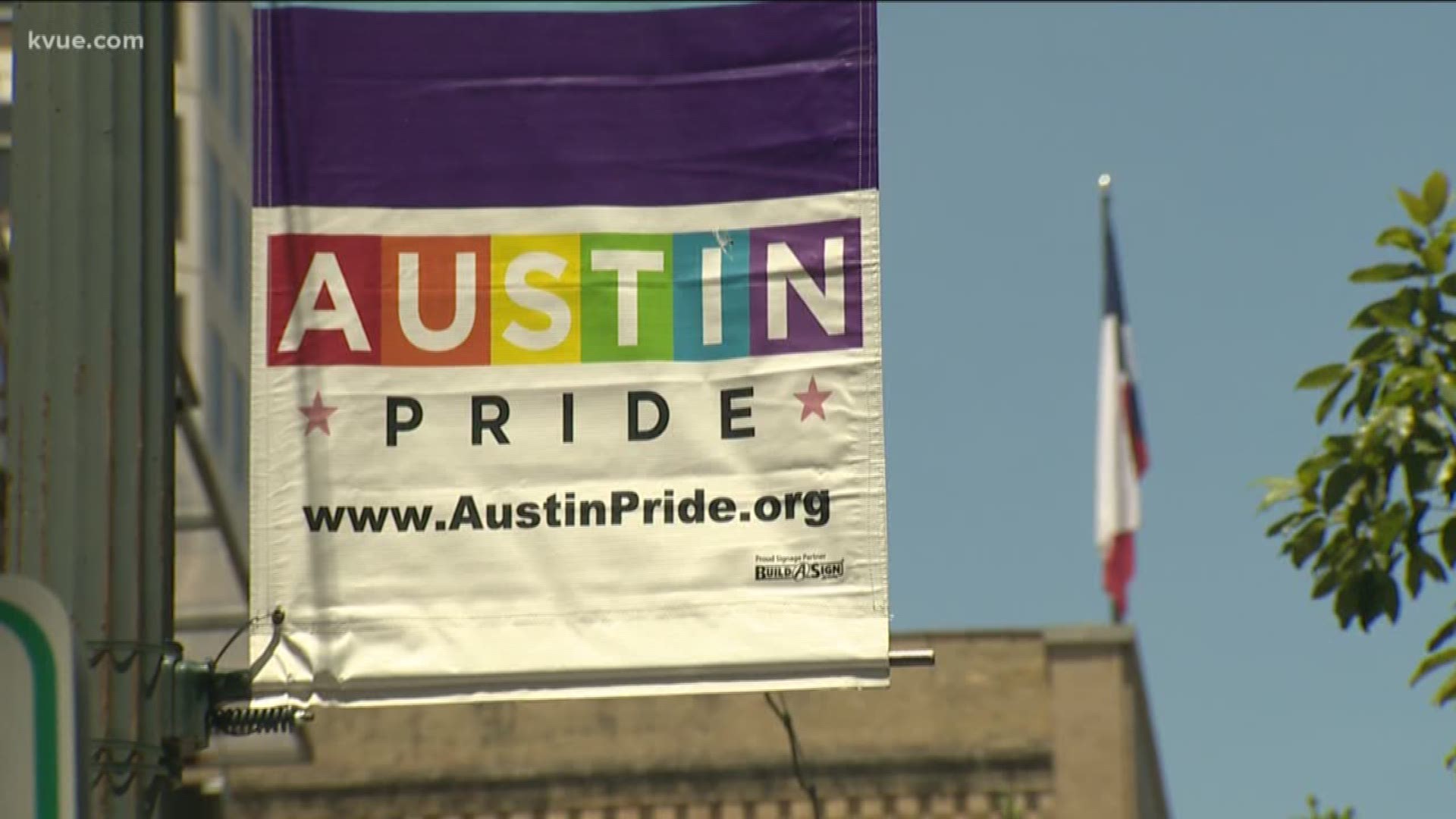 AUSTIN, Texas — Before the Austin Pride parade, police took time to update the public on ways to stay safe at the event.

"The pride parade and festival has a long history in Austin. We're proud to be a part of it. Like we are every year at the police department and we will be again this year, as well." said Assistant Chief Justin Newsom with the Austin Police Department. “Coming on the heels of the violence in El Paso and Dayton, Ohio, there are concerns from citizens that are understandable based on what happened in those communities. We've addressed those concerns here. We've talked about those possibilities, but those are possibilities we talk about frequently."

Police said, first of all, it is important to have a plan to know what you are going to do in any type of situation.

It is also important that if you are going with a group, make sure you have a designated place you can all meet up if you get separated, according to police.

“If you’re going with a group, make sure that you have a designated point to meet up. So, if you are separated or looking for one another and can't get a hold of each other, you know where to go so you can find your party," said Newsom.

If you are going to drink, Austin police said they want you to make sure you already have a ride planned.

Temperatures are also expected to be high for Saturday and police said to be sure you are hydrated before you come downtown and to stay hydrated during the event.

Austin-Travis County EMS said it will be setting up water stations and providing extra units to cover possible health issues caused by heat.

“We want the community to come to this event. It’s a fun event. We have a great time at it. We want people to come and feel comfortable." said Newsom.

“We make sure that we don’t leave gaps all over the city," said Newsom. "Whenever we increase downtown, that’s done with overtime resources. With officers that will normally be off or with non-patrol officers that we re-adjusted their schedule for the week so we can fill those gaps.”