Nine people are dead after a man opened fire on a football watching party at a Plano home Sunday night. 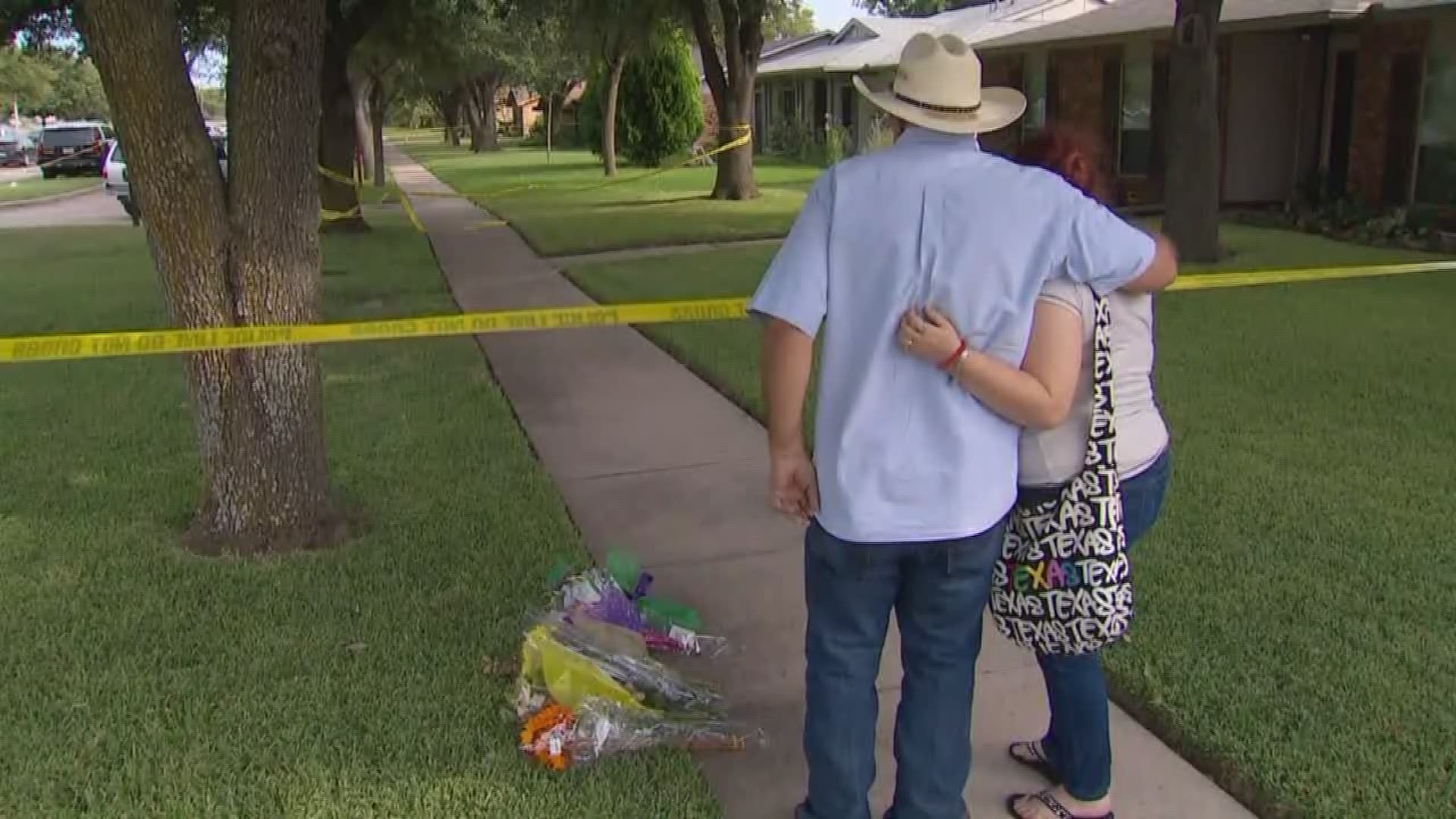 PLANO, Texas -- Nine people are dead, including the gunman, after he opened fire on a football watching party at a Plano home Sunday night.

The suspect, who was identified as Spencer James Hight, 32, of Plano, was shot and killed by an officer who arrived at the home on West Spring Creek Parkway just after 8 p.m.

Monday afternoon Plano PD Chief Gregory Rushin held a press conference to notify media that an eighth victim had died at the hospital. The toll now stands at nine, including the gunman.

On Tuesday, Plano police identified the eight people who died:

Carly Shockey has been identified as the lone survivor. She was shot and is in serious condition, according to her family.

Rushin says an officer found bodies in the yard and heard shots coming from inside the house.

The Texas Rangers are assisting with the investigation, especially since it involved an officer, who Plano PD Chief Gregory Rushin says went into the house by himself and stopped the shooter before waiting for backup.

"[He] made entry inside the house, confronted the suspect, ultimately shooting and killing him," Plano PD Officer David Tilley said.

It is unclear whether the gunman returned fire. Rushin tells us multiple guns were recovered from the home.

Monday, flowers marked the spot of the most unthinkable event to happen in the most unlikeliest of places -- Plano.

"We've never had a shooting of this magnitude. We've never seen these many victims before," Chief Rushin said.

Behind the police tape outside the home are still cars that line up against the road marking the spot of the shooting. These are the cars of the victims who did not make it home.

Lane told WFAA that her daughter, 27-year-old Meredith Hight, owned the home and had recently filed for divorce from her husband. She says he showed up at her daughter's home and opened fire.

Photo of Meredith Lane provided by her family from 2010.  Lane and six others were killed Sunday September 10, 2017.  Debbie Lane says her daughter was hosting a Cowboys watch party for friends when her ex-husband opened fire.

Debbie Lane says her daughter Meredith Hight, a Georgia native, hosted an Atlanta Falcons watch party, and the group was about to watch the Cowboys game.

“She was a cook, and a quite fine one, and she loved hosting friends and families," Lane said. "This was her first opportunity to do it after the divorce and he didn’t take it well.”

“I really wish we knew who the other victims were," Lane said. "They were all close, dear friends. We don’t know.”

Rushin noted that police are conducting a thorough investigation and will be interviewing as many people as possible, saying that a mass shooting like this isn't something law enforcement in Plano is used to.

Eight people have been killed in a shooting incident at a Plano home.  This is happening in the 1700 block of W. Spring Creek Pkwy.  Photo: David Goins / WFAA

Until paramedics had arrived, officers had attempted CPR on the victims. Only one person survived the shooting and is currently at an area hospital.

An eyewitness told WFAA she heard anywhere from 30 to 40 shots just after 8 p.m. She also heard a woman and man fighting before the shooting.

The family of Carly Shockey, who survived the shooting, released a statement created by Claire West, director of LDWWgroup:

We would like to thank everyone for their concern and prayers for our loved one, Carly. Our hearts are heavy for the families affected by this senseless tragedy.

Carly is in stable, but serious condition. This is the beginning of a very long recovery journey for both Carly and our family. We ask that you please respect our privacy as we focus all of our family’s energy on helping Carly recover.

At this time, please join us in supporting all the families and friends who have been impacted, and honoring the memory of these young lives that were tragically taken away.