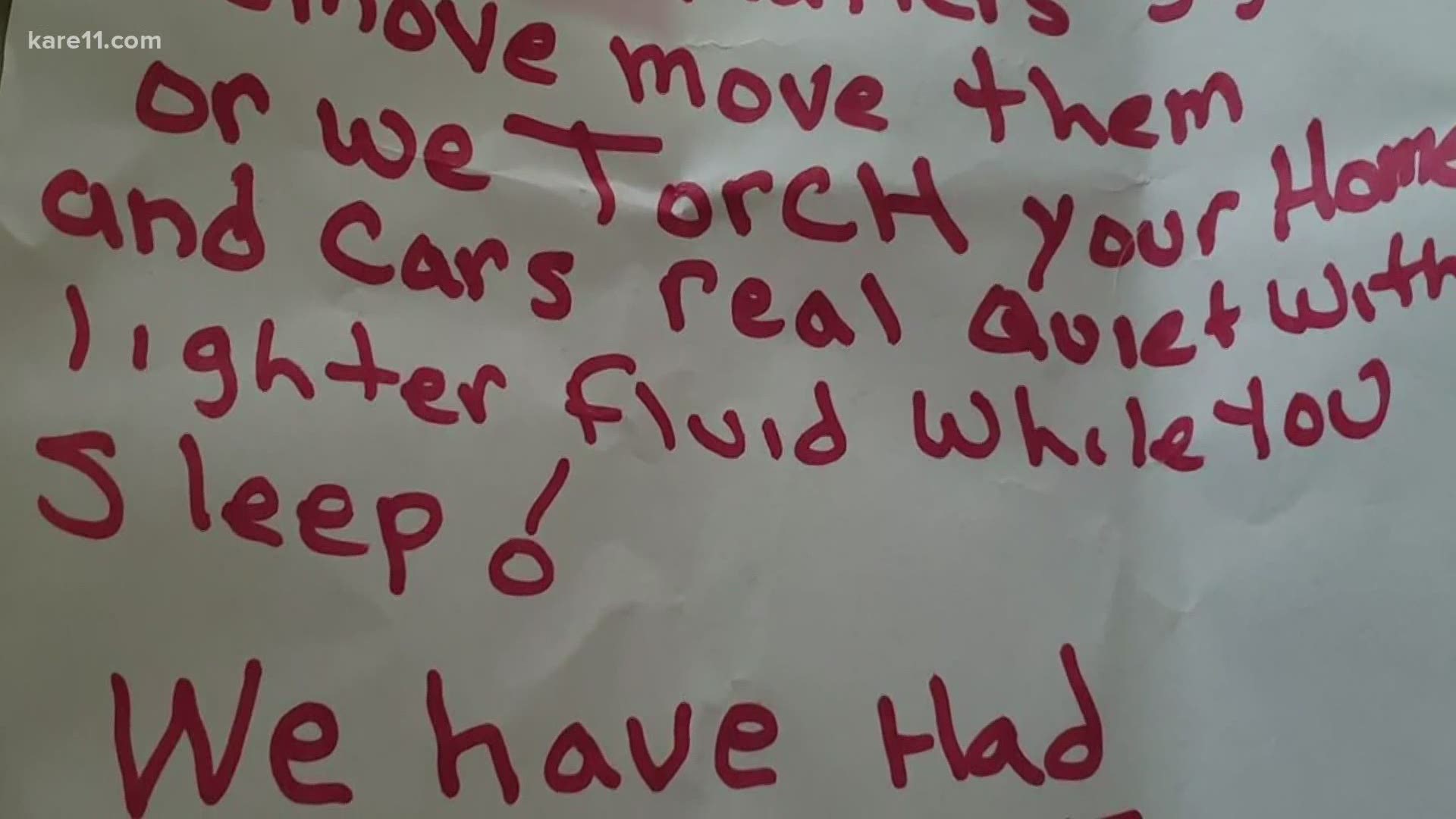 ST PAUL, Minn. — Roseville Police and Saint Paul Police are investigating a series of threatening letters left at homes and cars, which seem to be targeting people who’ve shown visible support for Black Lives Matter and the protests over George Floyd’s killing.

Weller shared the notes with KARE 11, one of which told her family that “your neighbors have grown sick of your [expletive] riots and [expletive] matters signs… remove them or we torch your home and cars real quiet with lighter fluid while you sleep.”

“Our gut is all we can go on right now – but for some reason it feels a little bit more personal, like it is someone who lives around here and who sees us,” Weller said, pointing out that her family has black children and numerous signs supporting Black Lives Matter, social justice and George Floyd. “We know it’s directly related to the signs, because the threats actively say 'take the signs down'… We think it’s further bias for us because we’re a family of color.”

Although police haven’t identified any suspects yet, the threatening letters come at a time of general unease in Twin Cities neighborhoods. The Walz administration believes there have been some white supremacists on the ground here, looking to take advantage of the situation – and some of those real or perceived fears have been felt in North Minneapolis, according to reporting by KARE 11 partner organization MPR News.

“My history with the FBI – that’s been the hallmark of white supremacist groups throughout history,” said Kyle Loven, who spent 22 years with the bureau. “Their goals and objectives are to create issues, unrest, and really to incite others to violence.”

Minnesota officials have also said that “anarchists” have been here, whereas the Trump administration has specifically blamed the “antifa” movement that opposes right-wing forces. It is difficult, however, for anyone to tell right now exactly who is here – and who might be instigating.

“I think that’s something law enforcement is wrestling with right now,” Loven said. “Trying to identify: Who is in town? What are their motives?”

“We’re not going to be scared here,” Weller said. “Our community is going to stand to support us.”

RELATED: Being black In Minneapolis – A writer reflects