Officers received a tip that people from Virginia drove to Philadelphia with to attack the Pennsylvania Convention Center where ballots were being counted. 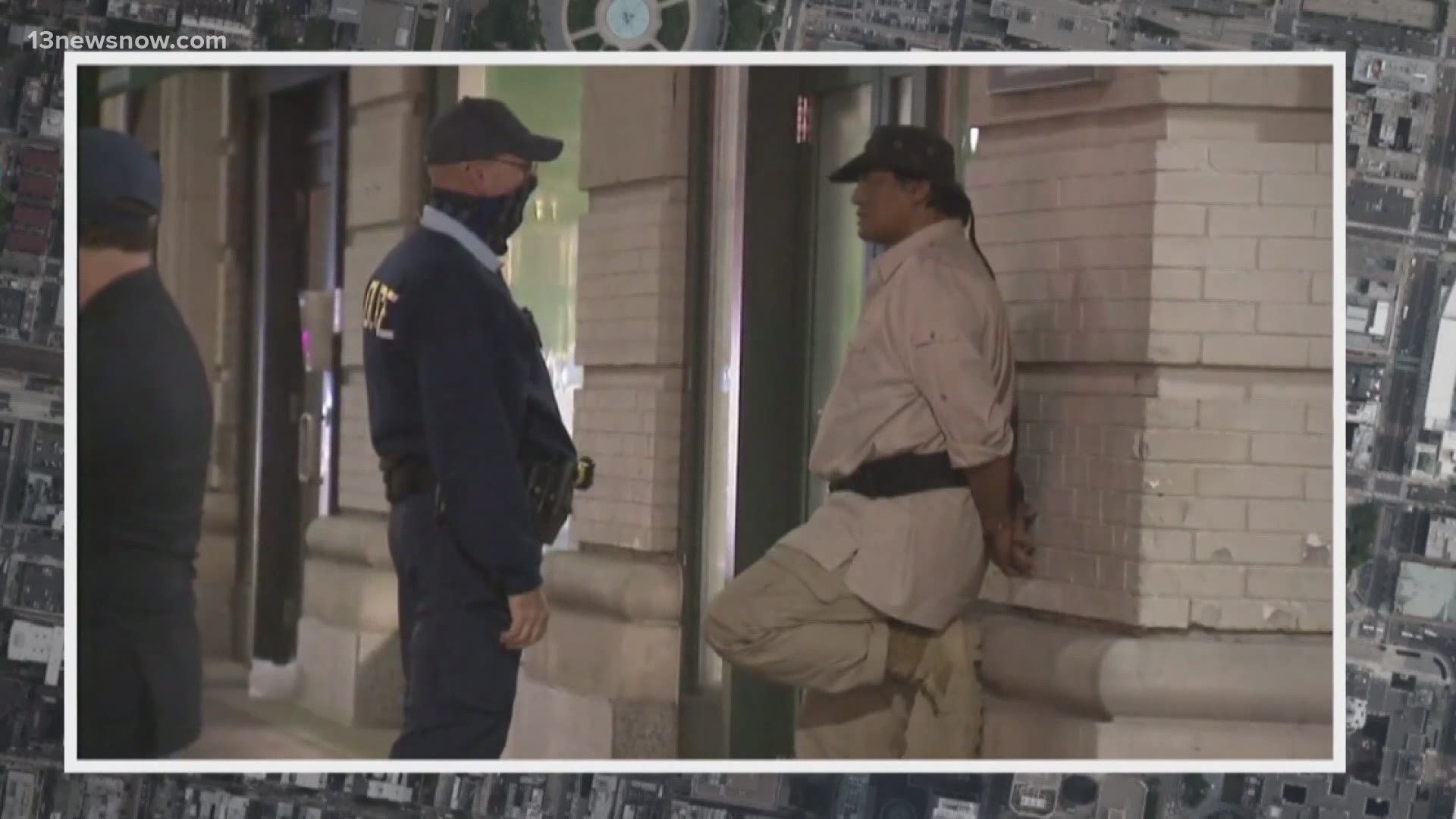 PHILADELPHIA — Philadelphia District Attorney Larry Krasner said Friday that two men from Chesapeake are facing weapons charges after police received a tip  that people from Virginia intended to attack a ballot-counting location in the city.

"We will be requesting that both be held without eligibility for bail when they are arraigned later this evening, as this alarming incident is still very much under investigation regarding additional charges," said Krasner.

The Philadelphia Police Department received information Thursday that people from Virginia were on their way to the Pennsylvania Convention Center in a silver Hummer and had weapons.

Workers were counting votes from the election on November 3 at the convention center.

Officers spotted a silver Hummer about a block from the convention center. Shortly after that, bicycle patrol officers found two men with weapons.

Prior to the names of the men being released, Police Commissioner Danielle Outlaw said LaMotta told officers he did not have a handgun permit. Macias, who had a .40 caliber pistol, said he had a concealed carry permit from Virginia. Pennsylvania doesn't recognize such a permit from Virginia.

Outlaw said the men acknowledged they came to Philadelphia in the Hummer and gave police their consent to search it. Officers found an AR-style rifle inside.

There was a woman with the men. She was not arrested.

The Hummer had a window sticker and a hat with the logo for the Internet group QAnon, which is known for spreading conspiracy theories. The FBI has labeled the group a domestic terror threat.

"There have been no reported incidents of violence related to the election here this week, and that streak continues thanks to the quick investigative work of the Philadelphia Police," Kranser said. "I am grateful for the continued and productive collaboration with our partners in law enforcement and city government under never-before-seen circumstances, as we ensure that every vote is counted."

Credit: AP Photo/Rebecca Blackwell
A parking violation envelope is affixed to the windshield of a Hummer vehicle parked near the Pennsylvania Convention Center where votes are being counted, Friday, Nov. 6, 2020, in Philadelphia. Police said Friday they arrested two men Thursday for not having permits to carry firearms near the center. Police said the men acknowledged that the Hummer spotted by officers near the center was their vehicle.

Someone who lives in near a Chesapeake address listed for LaMotta told 13News Now she and her husband were shocked to learn he was implicated in the alleged plot. She said she immediately recognized the Hummer from news reports Friday morning, before authorities released the men's identities.

Records show Macias is connected to addresses in Virginia Beach. A neighbor who lives near one of those locations said Macias lists the properties on Airbnb, and he said Macias does a lot of work for veterans and strongly supports President Donald Trump.

He, too, said he would not suspect him of being implicated with any violence, saying their kids have spent time in each other's houses.