After one entire week of waiting, a Pflugerville neighborhood is thankful to have power restored on Sunday night. 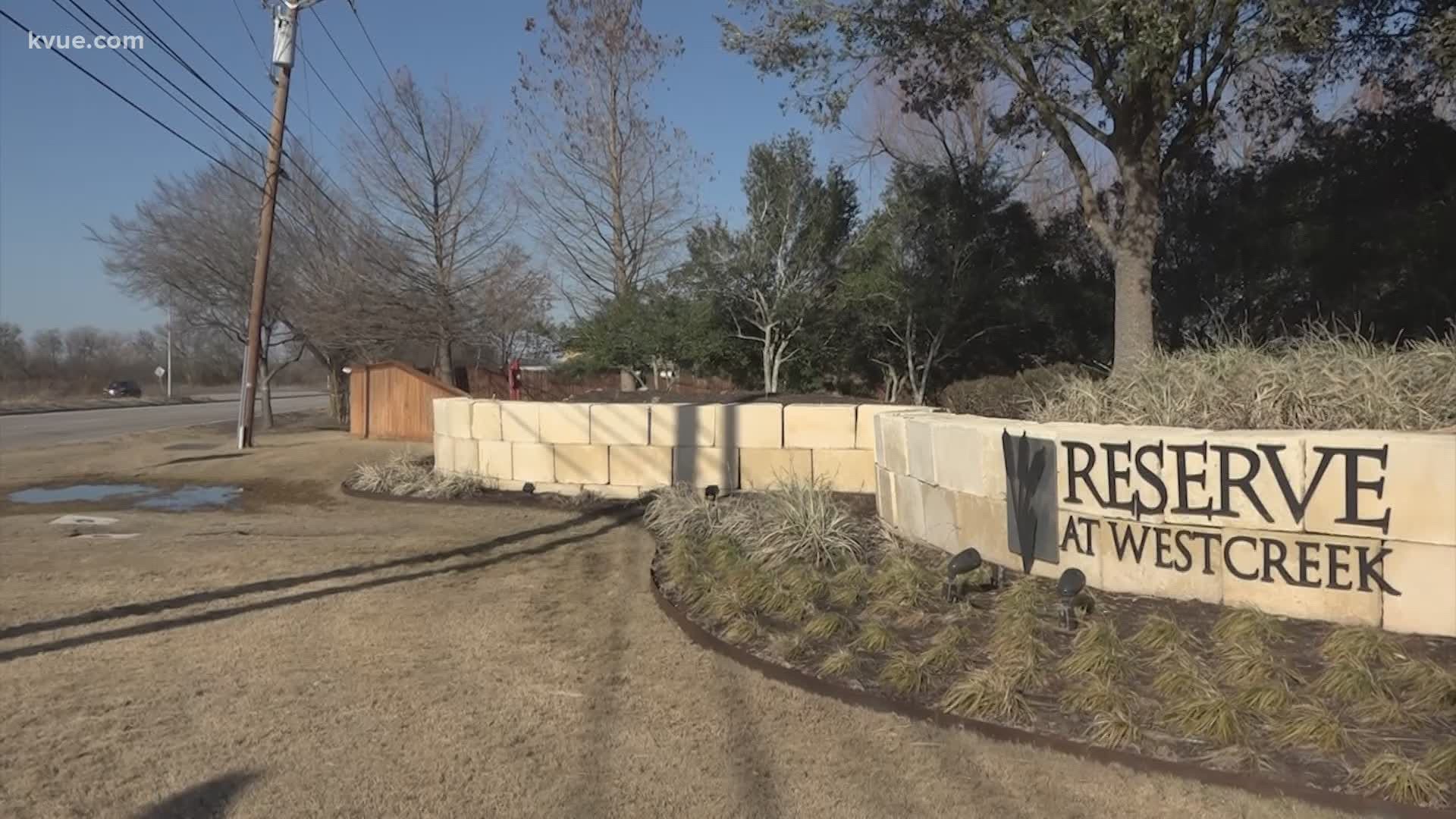 PFLUGERVILLE, Texas — Residents living at the Reserve at Westcreek neighborhood in Pflugerville told KVUE on Sunday that most of their neighbors had been without power since last Sunday, Feb. 14, after the winter storm passed through Central Texas.

On Sunday, Feb. 21, dozens of Oncor workers came to the neighborhood to restore power after KVUE started asking questions.

Just before midnight, many of the residents who didn't have power for one week said they could finally turn on the lights in their homes. Even though this was an exciting moment for Reserve residents, many are wondering why it took so long for Oncor to send crews to fix outages.

"I think that Oncor owes it to us. We pay our bills. All of us do. To at least call us and say, 'You know what? Here's the problem in your neighborhood,'" said Julie Moss, a Pflugerville resident who lost power for one week.

Moss and her husband had to leave their home because temperatures were dipping into the 40s inside their home during the winter weather.

"My husband became hypothermic. He couldn't put words together. He couldn't really move and we called my daughter, who lives in Austin, and said 'We can't take it anymore,'" said Moss.

"It's ridiculous and it's unacceptable and it's a failure on so many levels and on so many individuals," said Alesia Henderson about the outages lasting one week.

Henderson told KVUE that just before midnight on Sunday, crews restored power to her home. Earlier in the day, she was concerned about all her neighbors suffering during the blackout in the neighborhood.

"There are so many of us," said Henderson. "We're out of our homes."

"I feel very neglected and most of my neighbors do," said Moss when the outages were not fixed yet on Sunday.

Around 2 p.m. on Sunday, an Oncor representative told KVUE they were aware of the outages in the neighborhood and they were working to get replacement equipment out.

"The damage is likely a result of transformers having to quickly power back up massive amounts of energy after the controlled outages concluded, somewhat comparable to blowing a fuse when you plug too many devices into one outlet in your home," said the Oncor representative.

They didn’t quite say. Think transformer. But this is scene on Mangan right now pic.twitter.com/EpEkbS3xMg

Around 11 p.m., some of the residents KVUE interviewed with said they had power, like Henderson.

According to Oncor's power outage map, as of Sunday at 11:30 p.m., they're working on 624 active outages in Texas.

In a statement on Oncor's webpage, it states:

We are working 24/7 to restore power to our customers. Restoration in our southern region – Killeen, Round Rock and Temple – will be completed on Sunday. In the eastern areas of our service territory – Palestine and Athens – customers can expect power to be restored by noon on Monday. Customers in Far East Texas – Lufkin and Nacogdoches where ice storm damage was most significant – can expect power to be restored by late Tuesday.

We are doing everything we can to safely restore power. This has been a frustrating week for our customers. We recognize the hardships many of our customers are facing and we thank them for their patience.