The woman of Palestinian descent claims the law signed by Gov. Greg Abbott in 2017 violates her right to free speech. 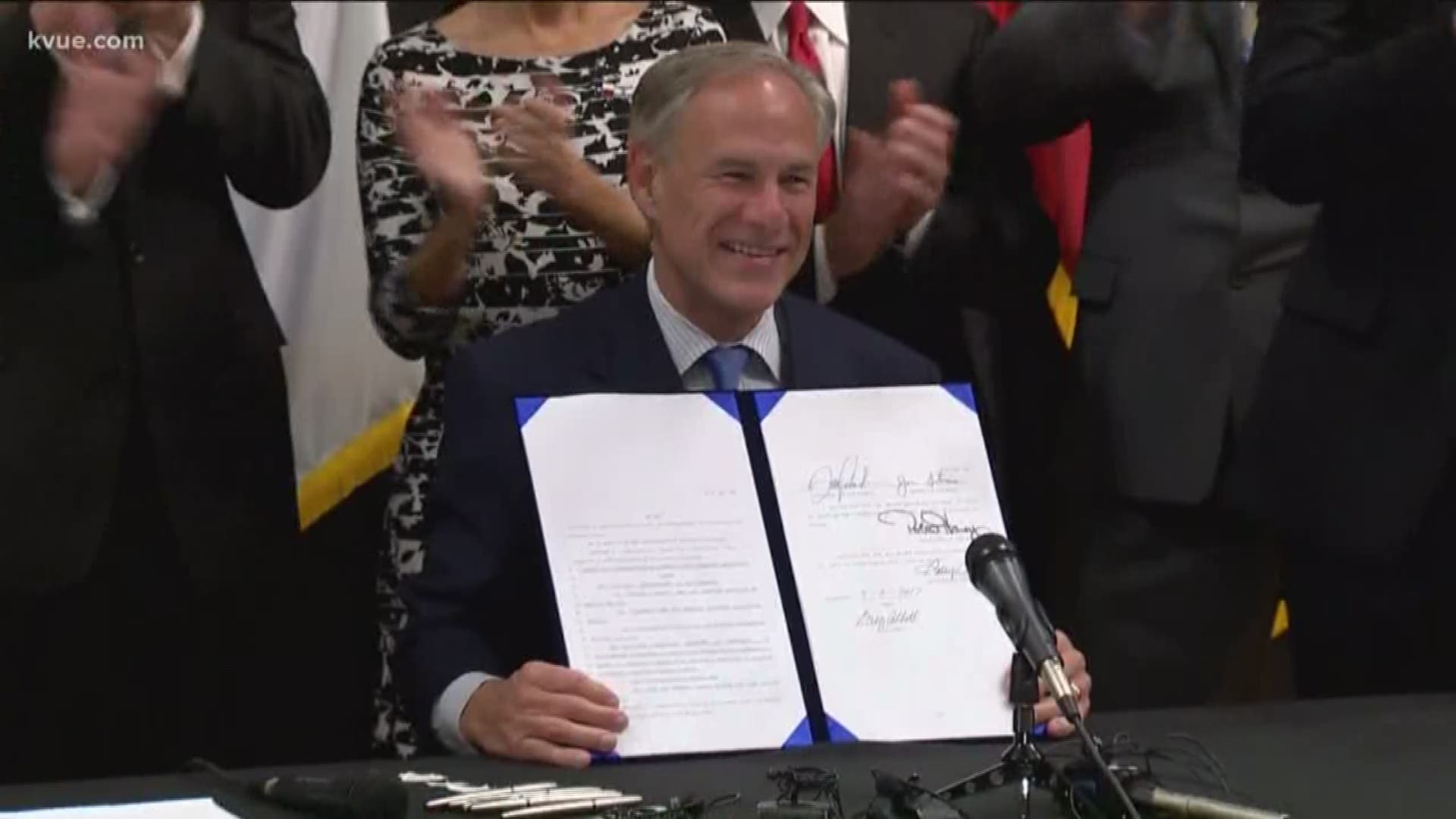 AUSTIN — A Pflugerville speech pathologist is suing Pflugerville ISD and the State of Texas over a law that prohibits state agencies from doing business with companies that boycott Israel, arguing it's a violation of free speech.

In May 2017, Texas Governor Greg Abbott signed House Bill 89, the Anti-Boycott, Divestments and Sanctions Bill, into law at the Jewish Community Center in Austin.

After it passed, several school districts added a clause to employment contracts stating contractors do not and will not boycott Israel.

Bahia Amawi found out about the clause in August. She worked with Pflugerville ISD for nine years as a speech pathologist for young children, with a specialty in children who speak Arabic. When the district sent over her contract, she said she saw a clause that stated:

I. Pursuant to Section 2270.001 of Texas Government Code, the Contractor affirms that it:

"It attacks me personally. It attacks my family," Amawi said to reporters Monday.

As an American, Amawi says the law violates her right to free speech and, as a woman of Palestinian descent, she says it is offensive.

"I have a lot of family members who are still in occupied territory suffering from the brutality and aggression and struggling every day," she added.

She didn't sign the clause and, as a result, lost her job. Now she's suing the state and Pflugerville ISD.

"This law was intended to prevent Americans from exercising their constitutional rights to protest a foreign country. And in this case, it's really absurd that the law, the Texas law, is taking a foreign country's side over the side of students who need Bahia's services," said Gadeir Abbas, an attorney for the Council on American-Islamic Relations who is working on the case.

Marc Rylander, the Director of Communications for the Office of the Attorney General of Texas, sent KVUE this statement on the lawsuit:

“Private citizens and companies have every right to express their views on any issue they wish by boycotting companies and citizens. They do not, however, have a right to use money they obtain from government contracts to make that statement. The taxpayers of Texas do not want their money used to marginalize and attack a key ally and trading partner of Texas, and they have said so at the ballot box. They, too, have the right to express their views.”