The fire at Jim Beam's Woodford County facility destroyed over 2 million gallons of bourbon and might impact the Kentucky River.

WOODFORD COUNTY, Ky. — A 'major fire' broke out at a Jim Beam facility Tuesday night and crews are still working to put it out.

Crews have put out the fire in one warehouse, but flames were still visible five hours after the fire started in a second warehouse.

"Never seen anything like this, just only on television!" Spencher Hughes said who lives nearby the warehouse. "My neighbor came banging on the door and I was getting ready to go to bed and he said 'look outside the sky is orange.'"

Sixty firefighters from five agencies were rotating shifts throughout Tuesday night and onto Wednesday. Alcohol, fire and the heat only made things worse.

"It's hard to imagine there's a melted plastic in the vinyl siding of a house which is across the road and [crews] had to stage on this roadway because it was the only access to the fire and they actually fought to protect the exposures when they first arrived on scene," deputy director of Woodford County Emergency Management, Russell Crabtree said.

Officials said it was so hot that a fire taillight melted.

Emily Bryson York of Beam Suntory said the warehouse that was destroyed holds 45,000 barrels of a 'relatively young' whiskey from the Jim Beam mash bill. Because of the young age, York said customers will not be impacted.

Firefighters were still fighting flames at around 11:30 a.m. Wednesday, 12 hours after the initial fire. The Kentucky Energy and Environment Cabinet said the fire may impact the Kentucky River, causing possible discoloration, foaming or odor as well as fish death. 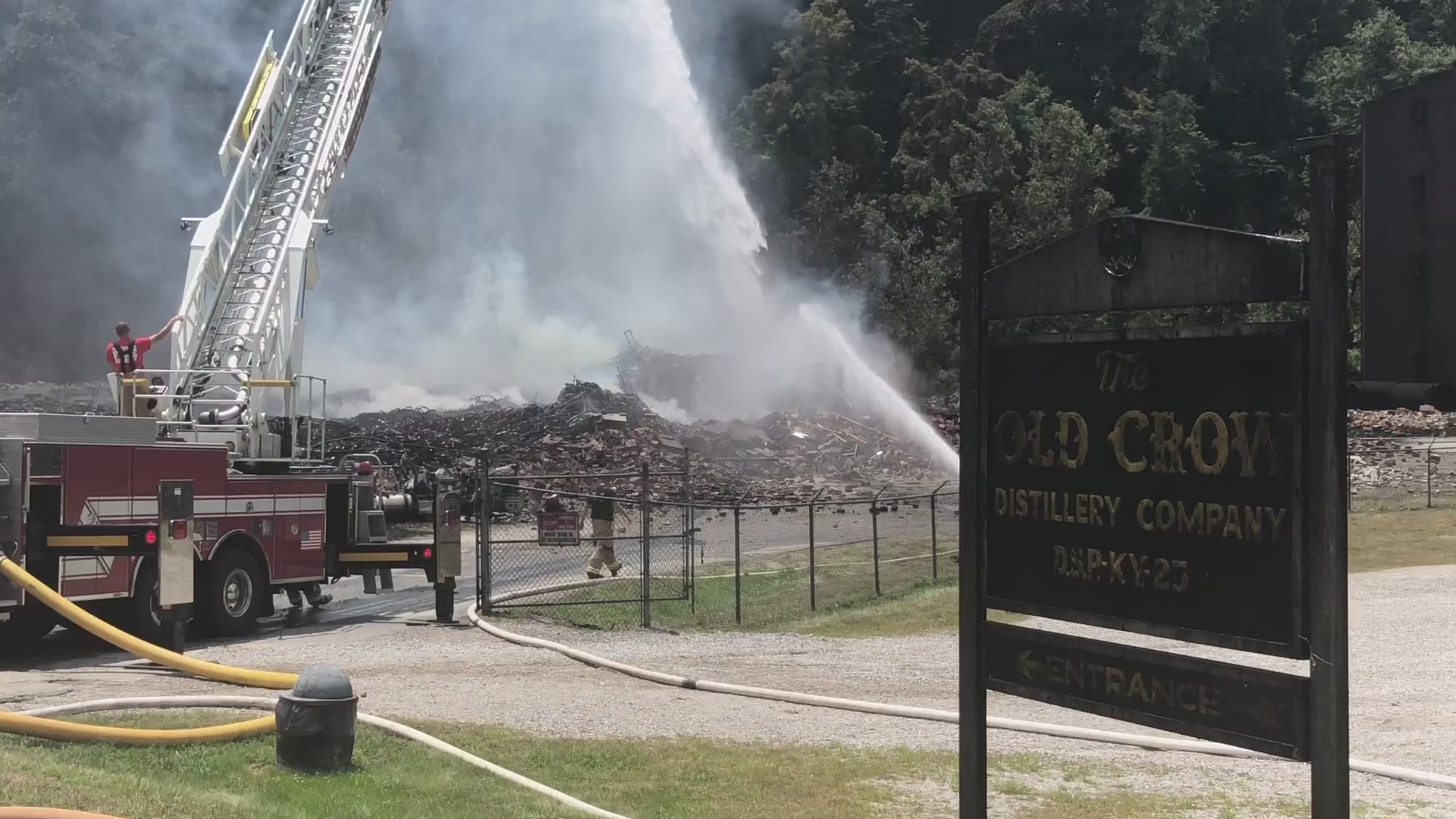 "The runoff is anticipated to create low dissolved oxygen levels, which could have a serious impact on the aquatic life in the river, including substantial fish kills," the cabinet said.

The Kentucky Distilllers' Association commented on the situation on Wednesday, thanking all of the first responders who are working on the fire.