A new toll road extends from MoPac South to FM 1626. 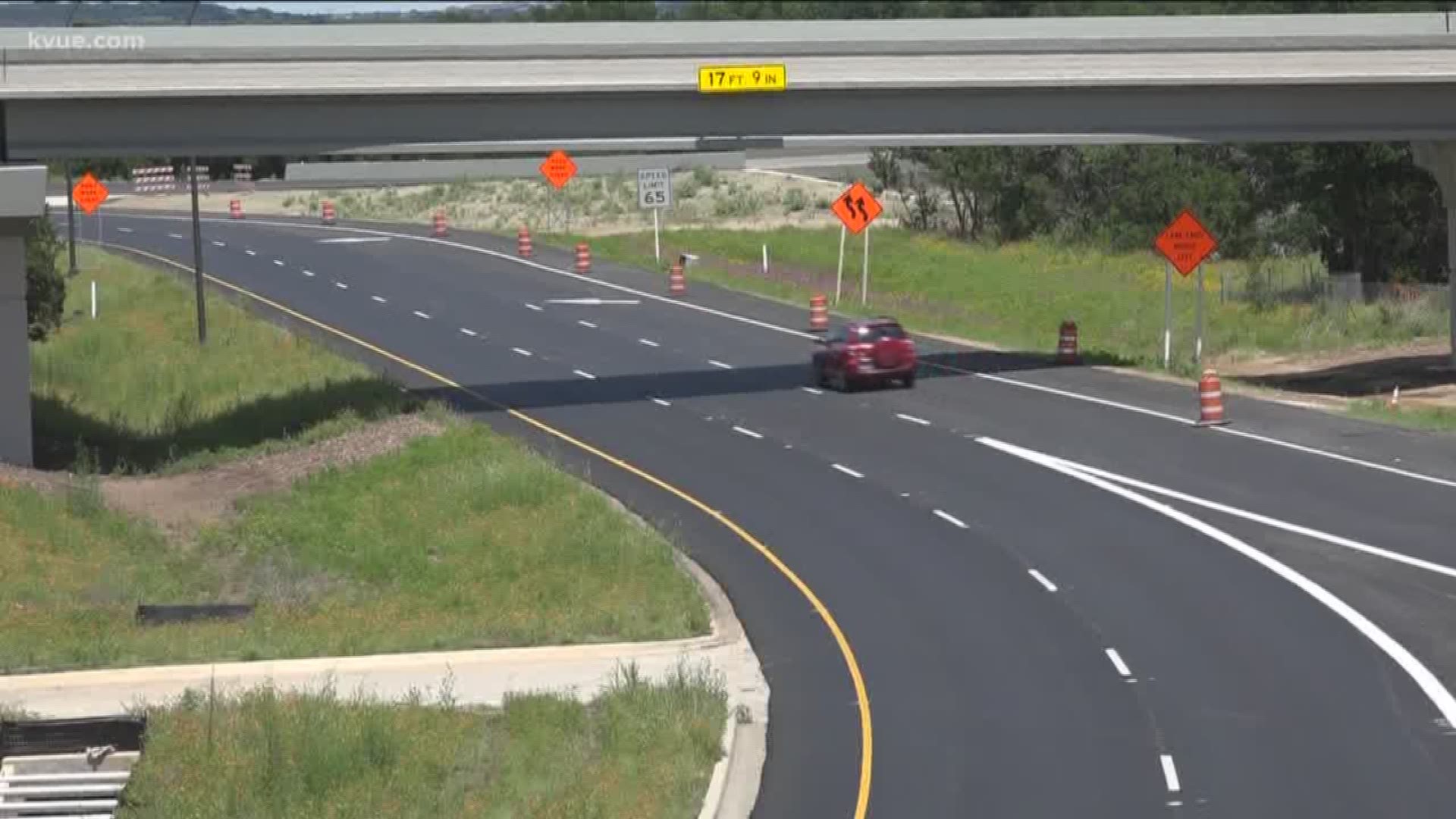 The toll road opened on June 1. It is a four-lane tolled highway, with two lanes traveling west and two eastbound lanes.

“The revenue from the tolls is what built this,” said Mike Heiligenstein, executive director of the CTRMA. “This is a $110 million project and we did it in record time. And not only do the tolls build the original, but they maintain this road.”

Heiligenstein also explained that drivers won't find frontage roads along it due to environmental constraints.

According to the CTRMA, SH 45 SW gives drivers alternative routes to congested neighborhood streets such as Manchaca Road, Slaughter Lane and Brodie Lane. Drivers who choose to use SH 45 SW can expect to save nine to 17 minutes over local driving routes to reach Central Austin. Drivers who continue to utilize local roads are expected to save six to seven minutes over what travel times were before.

Another new feature of SH 45 SW is technology to help prevent wrong-way crashes, a first of its kind in the state.

The system uses heat sensors at four different locations along the highway to detect a wrong-way car. That information is then transmitted wirelessly to cars with connected vehicle technology.

Even if drivers don't have the technology, the alerts on the side of the road will still flash.

If drivers do not have that technology, there's still help.

The mobility authority said it plans on installing this new system on US 183 South as well, once it opens.

The agency said the toll on the road will not vary. It is 99 cents for a one-way trip. However, according to the CTRMA Facebook page, now that SH 45 SW is open, drivers who have an active electronic tag can drive for free through June 30.