Senator Maureen Walsh agreed to shadow a nurse after more than 640,000 people signed an online petition in response to comments she made on the Senate floor last week. 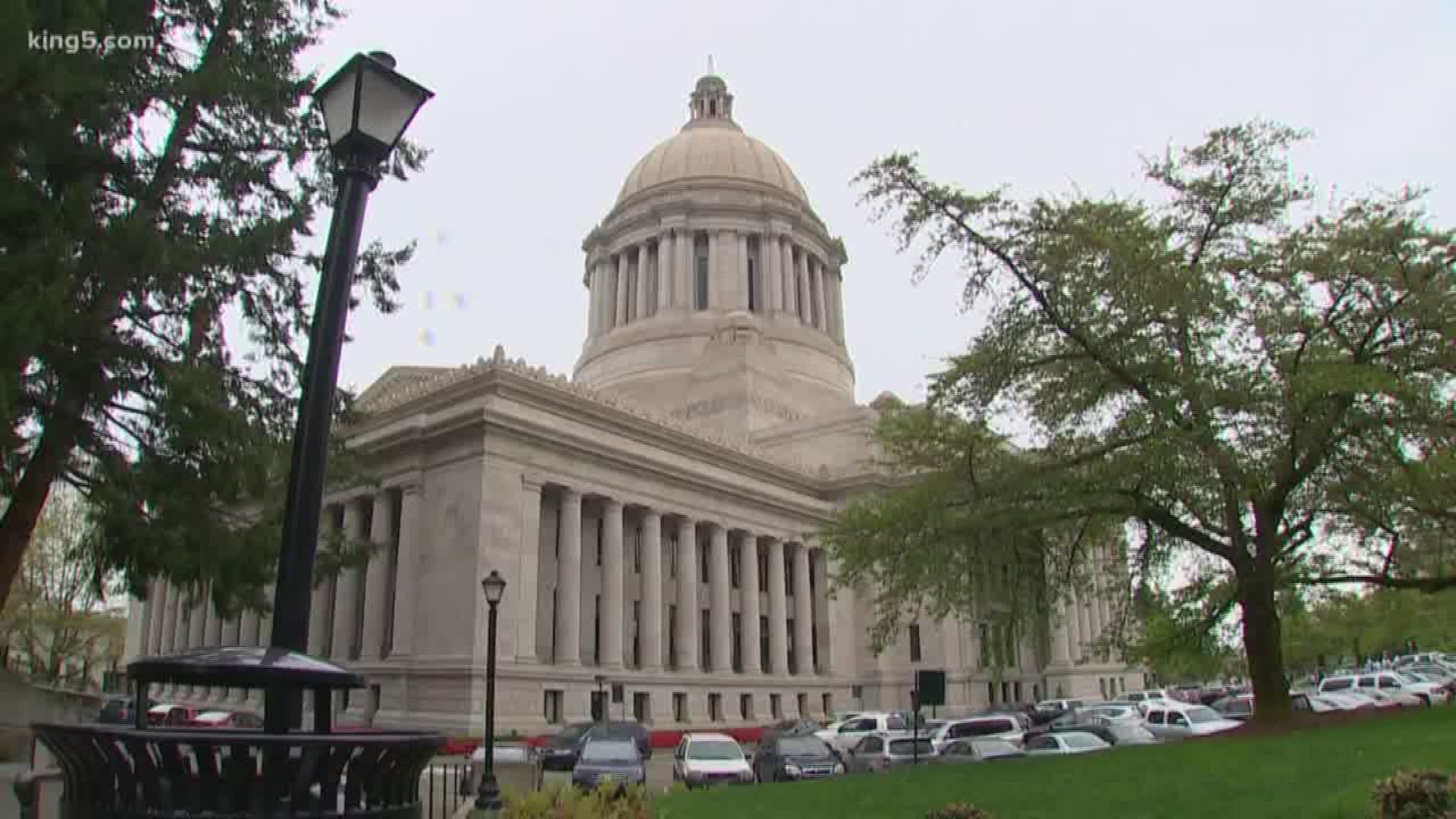 A Washington state senator criticized for her comments about downtime for nurses has agreed to shadow a 12-hour shift and apologized for what she said on the Senate floor last week.

“I’d be happy to come in and work in a hospital with them for a while and shadow them and see their job. I’m pretty well aware of what their job is -- I know how demanding it is,” Senator Maureen Walsh said Monday.

Walsh, a Republican state senator from Walla Walla, Washington, received major major online backlash after comments she made over the bill last week.

The bill would mandate uninterrupted meal and rest breaks for some healthcare workers. During a debate of the bill last week, Walsh said it would be difficult for small, rural hospitals to stay open. She argued for an amendment to exclude smaller facilities.

RELATED: Who is Maureen Walsh?

"I would submit to you that those (small hospital) nurses probably do get breaks," Walsh said. "They probably play cards for a considerable amount of the day."

Walsh said on Monday that her comments were made in the heat of the argument and then taken out of context online.

“I have great respect for nurses. My mother was a registered nurse for many years,” she said.

Juliana Bindas created an online petition over the weekend calling for Walsh to follow a nurse for a typical 12-hour shift. More than 640,000 people have already signed the petition, with a goal of reaching one million signatures.

"Senator Maureen Walsh stated that we as nurses mostly spend our 12 hour shifts playing cards. I would like to take a stand and petition to have the Senator experience what really happens during an RN’s 12 hour shift. She most likely won't be playing uno....." Bindas stated on the petition.

Sally Watkins, nurse and Executive Director of the Washington State Nurses Association, said Monday, "Nurses are passionate about the work that they do. It's very frustrating and insulting to have comments made like that."

While Watkins said she was upset by the comments, her union is more concerned about an amendment Walsh added to the bill, which would limit a nurse's workday to eight hours.

Walsh said she only submitted the amendment to make a point that if nurses were in need of breaks, perhaps they needed to work shorter days. She said she did not expect the bill and amendment to pass last week, but said Democrats passed it to potentially embarrass her.

"I love my nurses. I'm really sorry. I'm more sorry about the political gaming that caused this disruption," said Walsh. 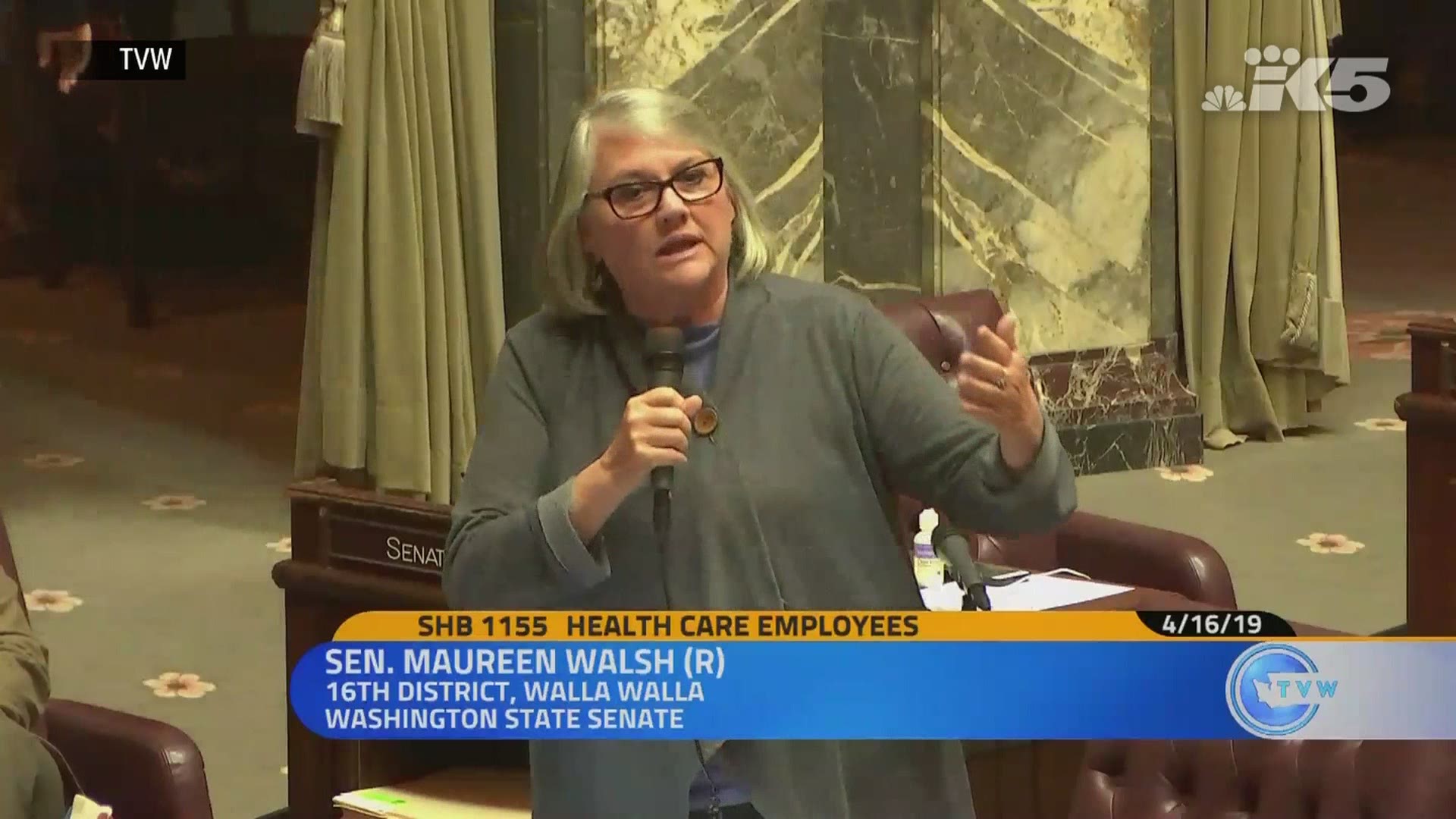 Senator Walsh issued the following statement regarding her remarks on the Senate floor April 16 during debate on House Bill 1155:

“I want to offer my heartfelt apologies to those I offended with my comments on the Senate floor last Tuesday. I was tired, and in the heat of argument on the Senate floor, I said some things about nurses that were taken out of context – but still they crossed the line.

I was trying to drive home a point about House Bill 1155, the bill we were debating at the time. It will impose inflexible staffing requirements on hospitals that will dramatically increase their costs. I am worried that 61 of our critical access hospitals, those small-town hospitals with 25 beds or fewer, are already operating in the red. This will make them redder, and I am worried this added cost will force some of them to close. It isn’t proper for the Legislature to micromanage the way hospitals manage their staffing.

I really don’t believe nurses at our critical access hospitals spend their days playing cards, but I did say it, and I wish I could reel it back. Again, I was simply trying to differentiate between the staffing needs of the small rural critical access hospitals with a handful of patients, versus the large urban hospitals with hundreds and hundreds of patients. I also offered an amendment limiting nurses to eight-hour shifts, to show there is more than one way to address labor’s argument that nurses are fatigued after working longer shifts. The thousands of nurses who have contacted my office have told me loud and clear that there are many who prefer to work 12-hour shifts so they can spend more time with their families. In recognition of that, I support the removal of the amendment and am confident it will be stripped off.

All my career, I have worked for the people of the 16th District, and I have argued for their interests with great passion. But when we debate matters on the Senate floor, we need to remember that behind every argument there are people involved. I have the greatest respect for nurses, for their hard work, tremendous compassion, and the excellent care they gave me when I ended up in the hospital last year. My mother was an RN, and I know from personal experience the long hours she worked sacrificing to provide for her family.

I understand from news accounts that a petition is being circulated urging me to spend a day shadowing a nurse at a local hospital for 12 hours, and walk a mile in her shoes. I look forward to receiving it and am happy to accept.”