Walmart confirms a second razor blade was found in a shopping cart at their location in Festus. It's the second time a razor was found at the Festus Walmart location in a week. 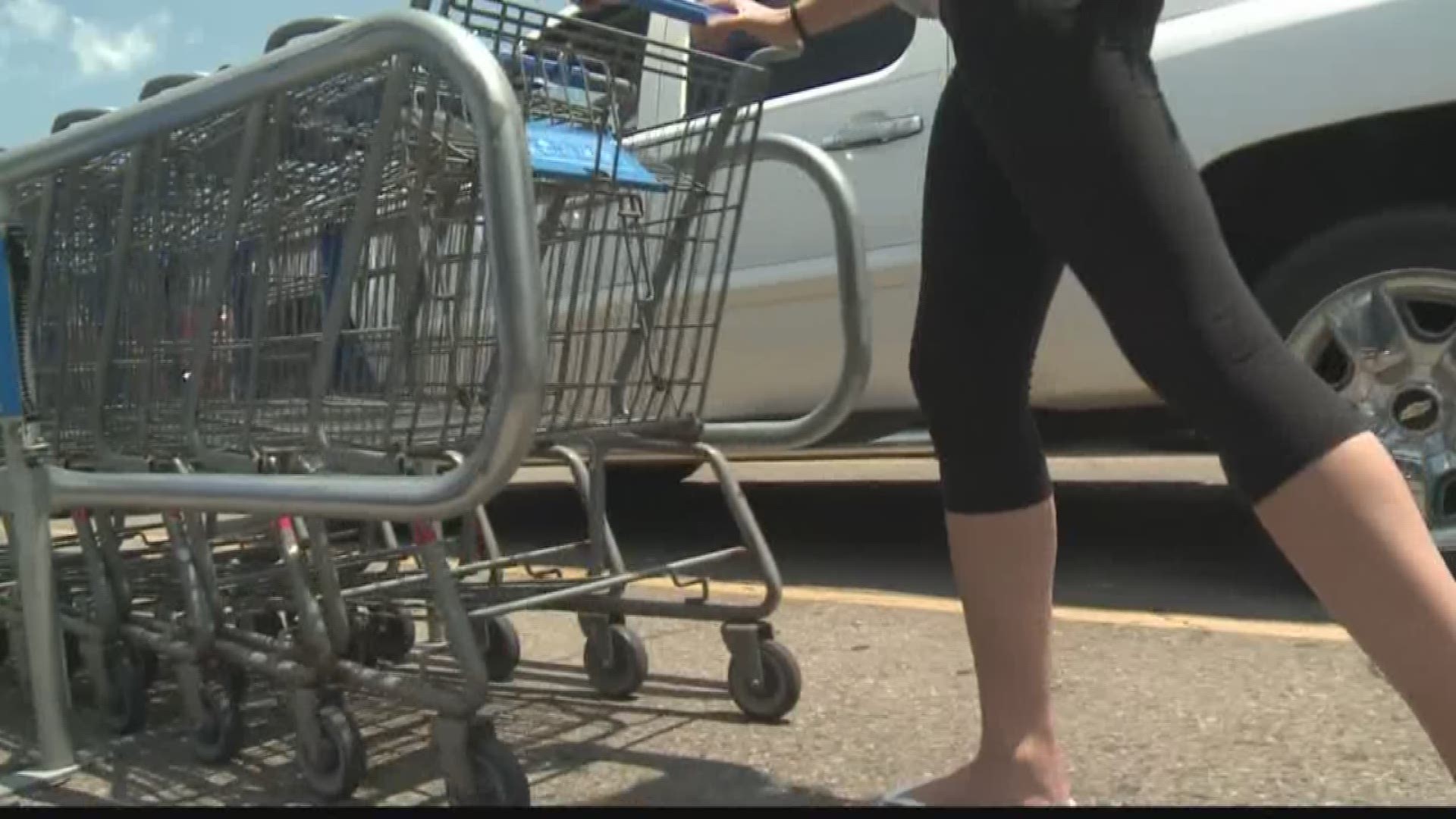 Walmart confirms a second razor blade was found in a shopping cart at their location in Festus. It’s the second time a razor was found at the Festus Walmart location in a week.

Shoppers are asking why?

"It's unthinkable that people would actually do something like that," Jay Watz, a St. Louis resident, visiting the Walmart in Festus. "It could have easily been me. "

Stephanie Rudolph said she is being cautious when she looks for a grocery cart.

"Going in today, I did kind of gently feel underneath making sure I didn't cut myself,” she said.

Rudolph said checking carts no matter where she shops is going to become a part of her routine.

"Now, going forward I’m going to have to look at every shopping cart, especially ones I’m going to put my son in, Rudolph said.

On Sunday, a woman was nicked by a razor blade hidden in the handlebar of a shopping cart. It happened at the Walmart Supercenter off Truman Road.

On a Walmart shopping cart, there's a warning label, saying that “your child can fall out of a cart and suffer a serious head injury”. Now, shoppers are worried about something else, their child getting cut by a razor blade.

Watz is pondering this: "Should I be bringing my kids to Walmart? He adds, “It could have happened anywhere."

Rudolph has a two year old. She's worried about his safety.

Festus Police said they've heard of razors blades found on shopping carts in other cities, but not in this area.
It’s believed criminals are using the razor blade to shop lift and not to hurt someone, said Captain Doug Wendel.

“Does it make a difference if a person who gets cut deeply and they can’t use their hand anymore whether it was intended or not?"

Walmart tells Five On Your Side the company is happy to know their staff found the razor blade before anyone is injured. The company adds they are reviewing surveillance, but it is still unclear who may have done this.