Protestors were at the scene speaking out against the destruction, while the Army Corps of Engineers says they will try to keep impact to a minimum. 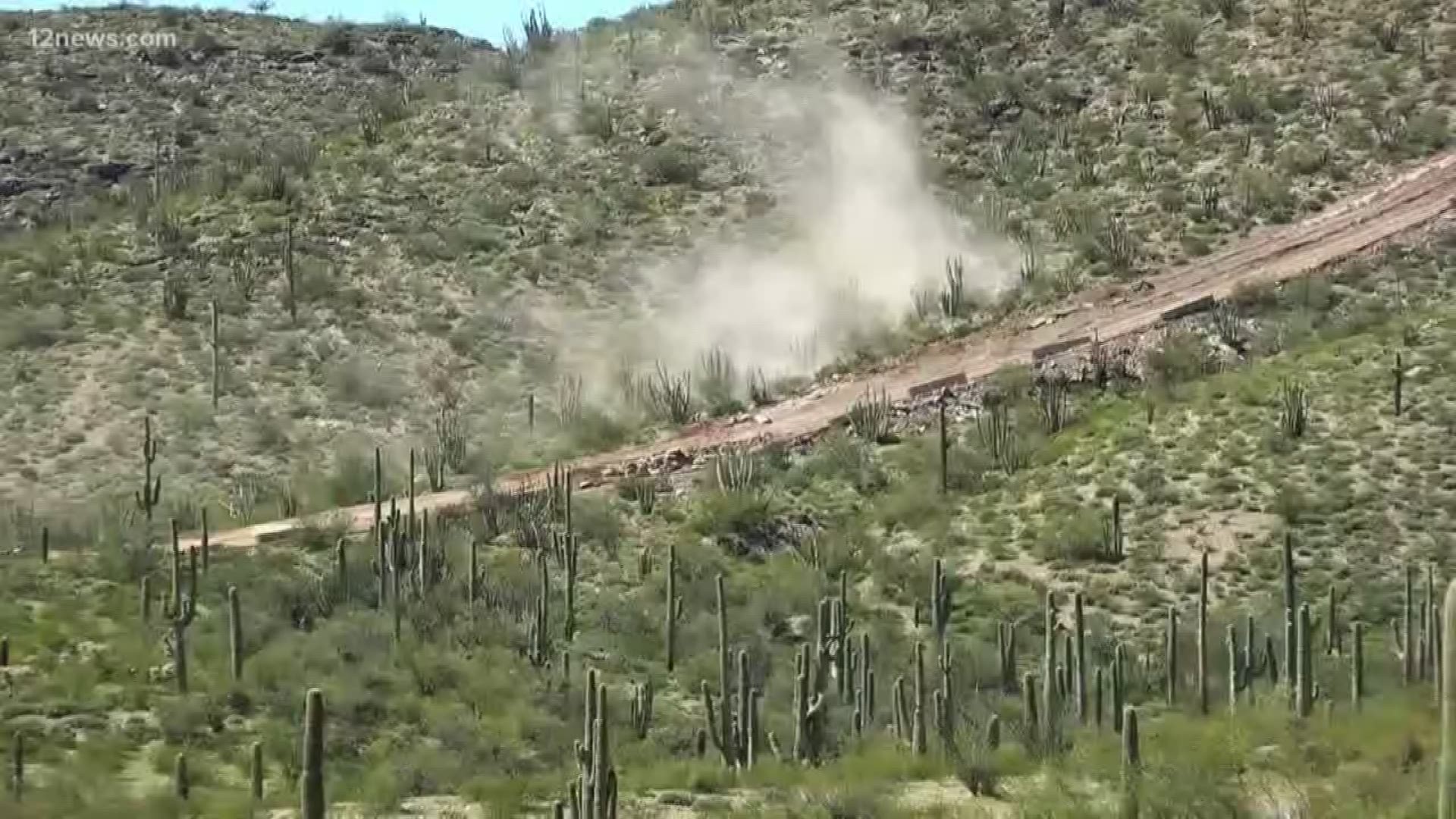 ARIZONA, USA — The building of a border wall is going right through land considered sacred by the Tohono Oo'dham tribe and a national monument by the US Government.

Damage seems to be following the construction, in more ways than one.

"It's just like any other place where you have your loved ones," Tohono O'odham tribal member Vana Lewis said. "You go there to be at peace with them and remember them...and for them to erase that to try to blow that away?”

The Organ Pipe Cactus National Monument is also considered a World Heritage Site and protected wilderness, but that hasn't stopped the US Border Patrol from continuing construction.

The Army Corps of Engineers stated that the construction crews are trying to keep impact to a minimum, stating that they have transferred thousands of cacti, and have lost less than 10.

But, some aren't so sure that's accurate.

The border wall has caused other trouble in Arizona. Back on Feb. 11, the wall was claimed to have destroyed sacred burial sites of the Apache nation, as well as the Tohono Oo'dham tribe.