Federal officials say the incident is still being investigated. 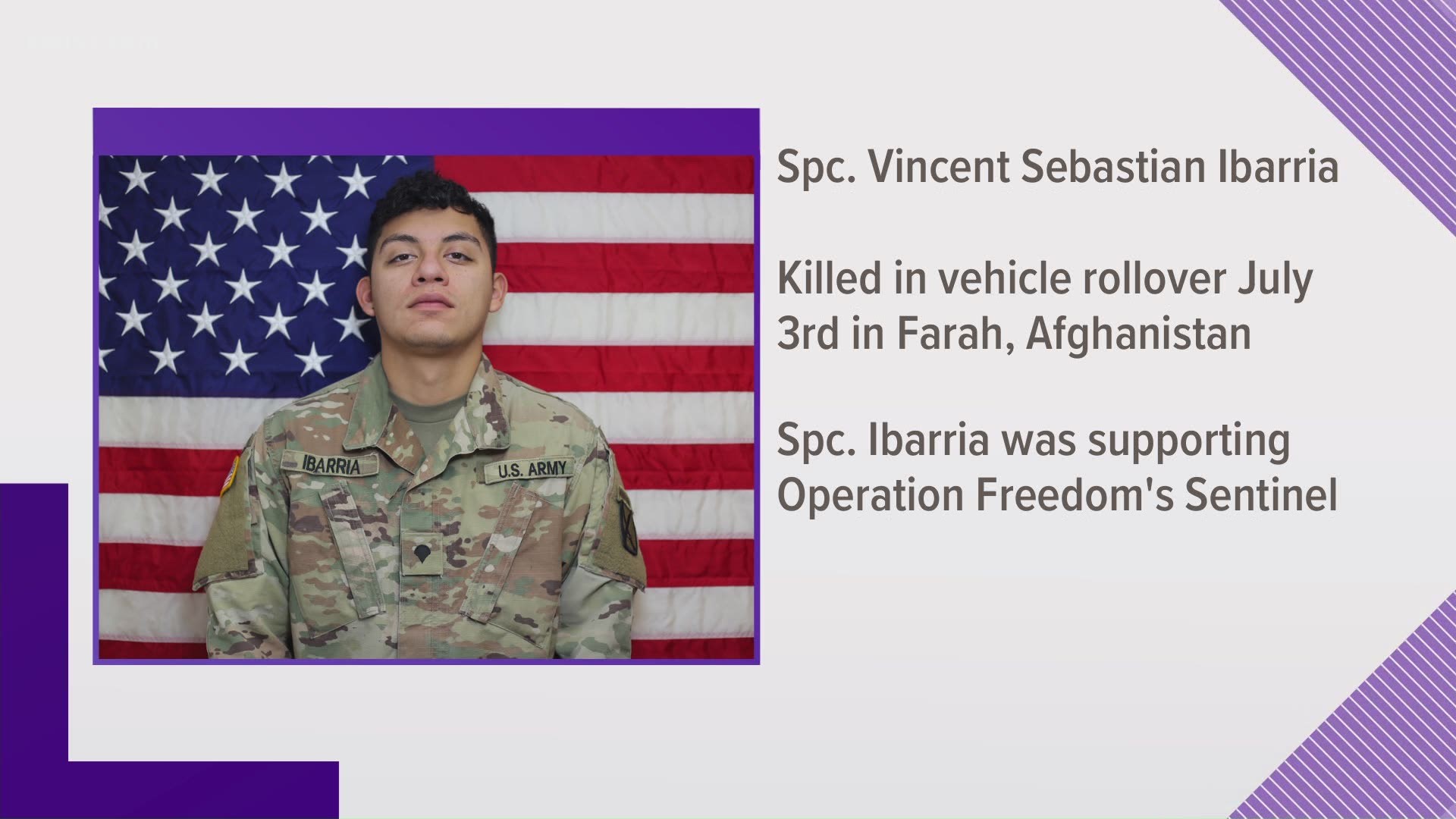 SAN ANTONIO — A 21-year-old U.S. Army infantryman originally from San Antonio died in Afghanistan on Friday in a "vehicle rollover accident," according to federal officials.

A release from the Department of Defense states the incident which killed Spc. Vincent Ibarria is stil under investigation as of Saturday. According to the release, Ibarria was involved in Operation Freedom's Sentinel, an ongoing NATO-led support mission in Afghanistan.

Ibarria was assigned to a combat team of the 22nd Infrantry Regiment, based out of Fort Drum in northern New York. According to a U.S. Army spokesperson, Ibarria enlisted in August of 2017, and was on his first deployment.