Air Force personnel are investigating. Officials say there is no danger to on-base residents. 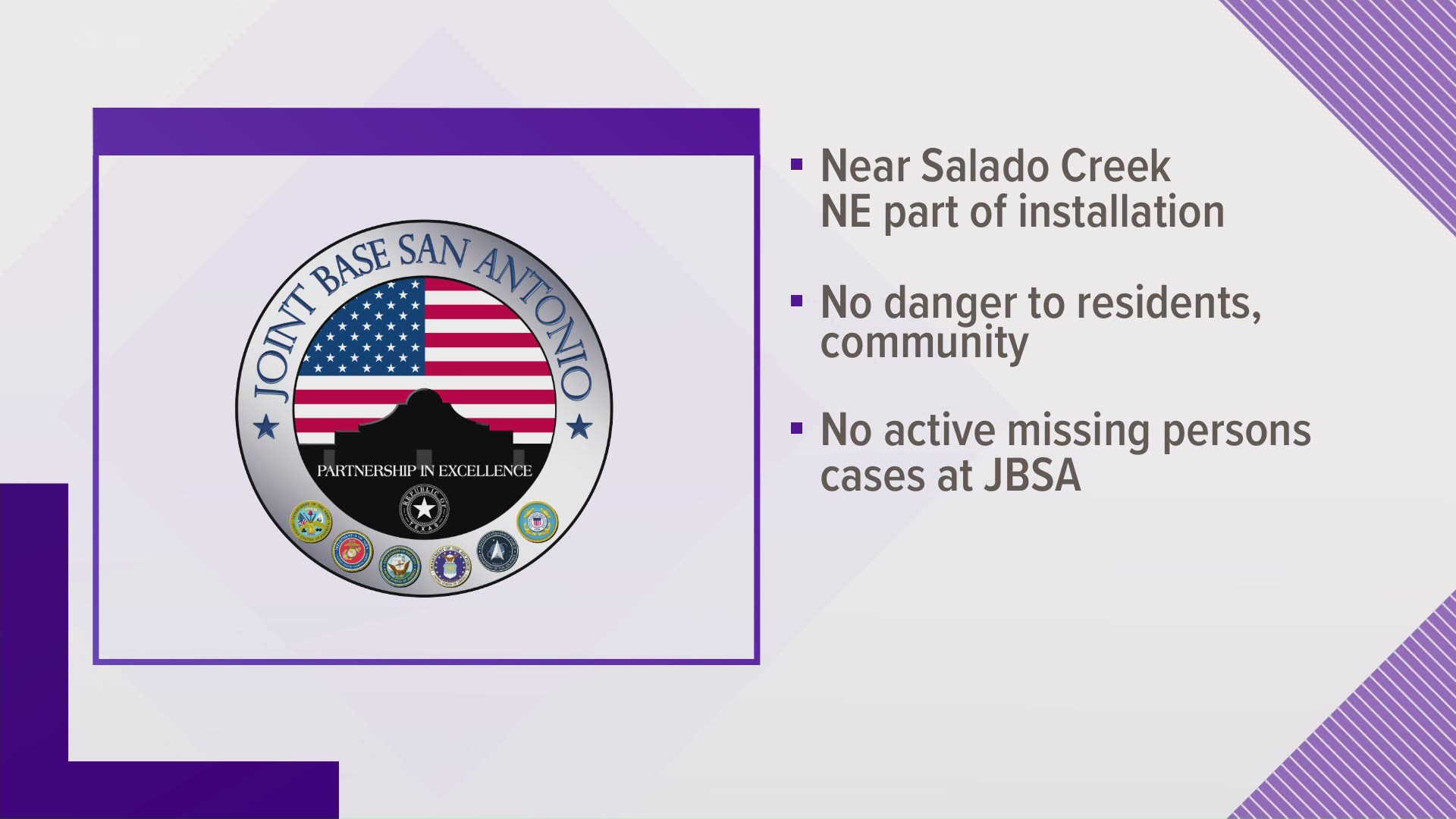 The remains were found Sunday evening near Salado Creek in the northeast part of the installation. Officials say base patrons were walking in the area when they found the remains.

Personnel with the Air Force Office of Special Investigations opened an investigation into the remains Monday morning.

JBSA officials said there is no danger to on-base residents or the community. There are no active missing person cases at JBSA.