A review found a litany of flaws in the way Fort Hood investigates felony crimes last year. Congress asked what progress was made, and was left 'disappointed.' 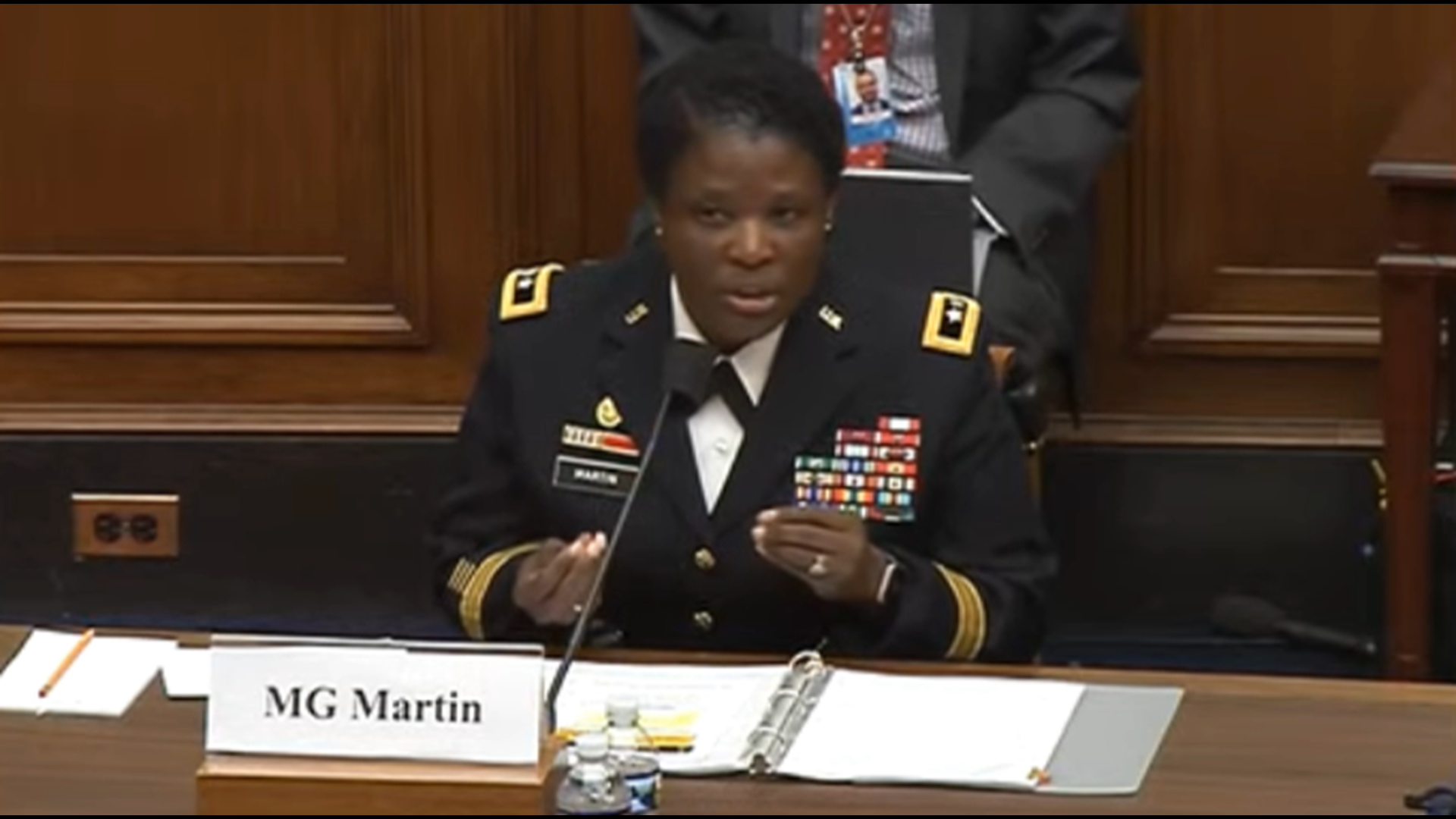 FORT HOOD, Texas — An independent review conducted in the wake of Spc. Vanessa Guillén’s death on Fort Hood found multiple problems with the way the post investigates felonies and “a deficient climate at Fort Hood, including ineffective implementation of the Sexual Harassment/Assault Response and Prevention (SHARP) program,” according to the report.

On March 16, the U.S. House of Representatives Subcommittee on Military Personnel questioned the Independent Review Committee about the extent of the failures. Congressmembers then questioned the Commanding General of U.S. Army Criminal Investigation Command about what was being done to correct the problem. Some answers left lawmakers baffled.

The briefing shed additional light on why CID investigations, including the one relating to Vanessa Guillén, where sometimes ineffective. It also also shed light on who was to blame and what was being done, or not done, to address the issue.

According to the report, "The Fort Hood CID average staffing level of onboard Agents was at approximately 65%"

Most of the CID agents were classified as "apprentice agents."

The review states, "A review of the Agents assigned to Fort Hood CID during FY 2019 revealed that 58 of the 63 Agents assigned Enlisted Agents (92%) were apprentice agents, who were fresh out of the 16 week CID Special Agent Course (CIDSAC) at Fort Leonard Wood, Missouri and not fully accredited to conduct investigations solo."

Unfortunately, independent review committee members said new CID agents were left on their own anyway. They said CID members did not have the mentoring needed available to them and their superiors were often stuck doing administrative work.

"These reviews revealed concern as to investigative attention to detail, completeness, and file documentation, which increased with the complexity of the investigation," Swecker said. "There were not enough experienced agents to provide continuity or institutional experience to work complex cases."

Swecker said CID had 340 sex crimes cases a year and 20 to 30 death cases that needed agents who could handle complex investigations.

The Fort Hood Independent Review also revealed that leads were not followed to the fullest extent and sometimes not followed off post.

The report states, "Deficiencies in failing to pursue all logical investigative leads were also noted by the FHIRC in another high-profile case of a Soldier who went missing and ultimately committed suicide. Conspicuously absent in the CID file was any documentation of a search for the Soldier, nor was there any indication that a key witness was contacted or interviewed."

Another section of the report states, "The case file review also revealed that off-post suicides and deaths were not fully investigated by CID to determine whether there were contributory causes such as lifestyle issues, locations, or other influences that would inform the command about certain activities, people and places off-post that may be higher-risk for their Soldiers."

"It's awful to think CID would not look at off-site suicides. As we learned during our last visit with some of the sheriffs in law enforcement locally, as the chairwoman pointed out, there didn't seem to be a lot of cooperation. Is that normal?" Garcia asked.

Martin told Garcia it was not typical and that CID should be working together with law enforcement.

"That relationship is a jurisdictional issue. So if a suicide or a case happens off the installation, we do a collaborative investigation with local law enforcement in every case. Our 1811's have the authority to conduct those cases," Martin said. "Our military investigators do not."

6 News reached out to Fort Hood Wednesday to ask if the post currently had any 1811 investigators currently working with CID. Fort Hood officials were not able to provide an answer Wednesday.

U.S. Representative Jim Banks (IN-3) asked Martin what was being done to better work with local law enforcement. Martin said there was a program in place but didn't have many details.

"At Fort Hood, one of the things our agents are doing is participating in this criminal fusion initiative that's been running at the installation. We are improving our relationship with local and state law enforcement every single day," Martin said.

Fort Hood officials were not able to provide any information on the "criminal fusion initiative" Wednesday. The Killeen Police Department stated in an email there would soon be a military liaison working at Killeen PD headquarters that would coordinated information with the Fort Hood 89th Military Police Brigade.

"Our Fort Hood partner will work with our Intelligence Unit. The information flowing through Patrol operations and Criminal Investigations pertaining to military involvement would be shared. Having someone on-site to direct communications and speed up information sharing is an overwhelming positive for both Ft. Hood and here at KPD," Killeen PD Commander Ronnie Supak stated.

"I wouldn't lay the blame on the individual special agents. They themselves are the victim of a system. This would be analogous to a busy FBI field office being staffed at 50 percent with new agents right out of the FBI academy," Swecker said.

"We attribute it to a lack of leadership. A lack of empathy. We talk about what's important to leaders is going to be important to subordinates and the troops themselves. When you look at special emphasis programs like SHARP, EEO, and that nature. Those were tools available to the commanders," Bland said. "It's necessary to have the headship in place to ensure priorities are in place to keep soldiers taken care of."

Martin said Fort Hood would also work with Naval Criminal Investigative Service to look at their organization and consider adopting some of their practices. Martin could not, however, describe any details about Fort Hood's partnership with local law enforcement and U.S. Representative and subcommittee Chair Jackie Speier (CA-14) was not impressed with the progress that had been made so far.

"General you indicated two specifics that you have taken as a result of the Fort Hood report. One to create a mentoring program and a new sexual assault training program called SWAT. I must tell you, I am truly disappointed that. That is the extent of what you gleaned from the report," Speier said.

Speier asked Martin to expand efforts to track the process of measurable goals for timely investigations of drug activities, and other criminal activities, as well as staffing.

Martin replied that Fort Hood's leadership was responsible for taking up recommendations. Martin later told members of congress the Army would be considering adding civilian investigators to CID to reinforce their offices.