General Mike Murray said the Army recognized it had a problem: It had failed to modernize in the last 30 years. This is an effort to change that. 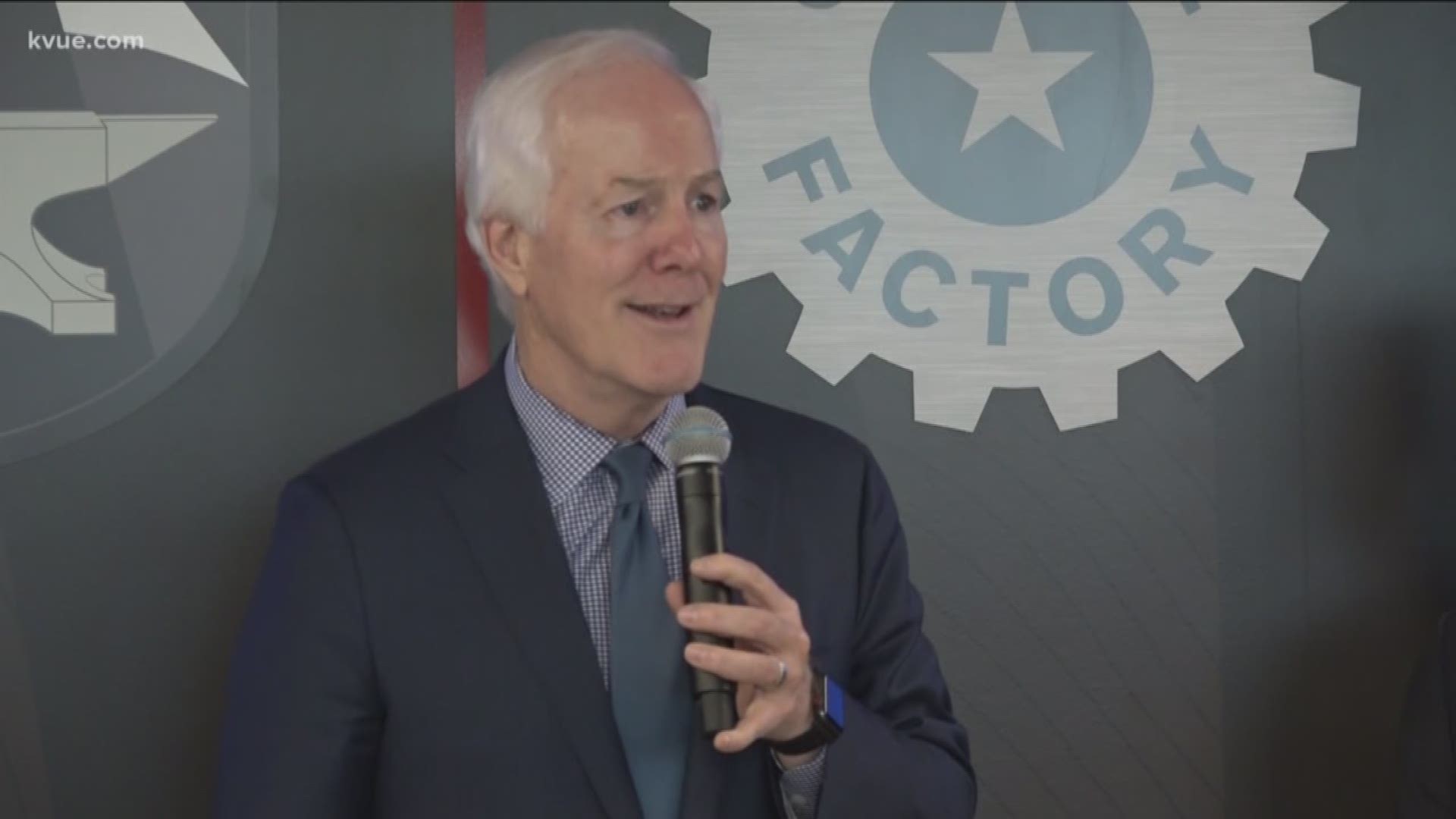 AUSTIN, Texas — Austin entrepreneurs and the U.S. military can now work side-by-side with the grand opening of the Center for Defense Innovation at the Capital Factory downtown.

The grand opening took place Thursday on the eighth floor of the Austin Centre.

The Army Futures Command Army Applications Lab, the Air Force AFWERX, the DOD Defense Innovation Unit, the National Geospatial-Intelligence Agency and a team from Booz Allen Hamilton will work in the space.

This comes a few months after the Army Futures Command Center chose Austin as its new home.

RELATED: A peek into the futuristic technology developing at the Army's new headquarters in Austin

RELATED: Here's why leaders picked the City of Austin to change the future of the U.S. Army

“The bigger mission is to, obviously, keep the American people safe and to maintain world peace as much as that is humanly possible. And we do that like the general said by demonstrating that nobody wants to mess with the United States military,” Sen. John Cornyn said.

At the event, Sen. Cornyn and General Mike Murray had the chance to talk with local innovative startups, such as Athena Security. The company created an A.I. security camera that detect guns.

General Murray said the Army recognized it had a problem: It had failed to modernize in the last 30 years. This is an effort to change that by giving the military the tools it needs to succeed.

“The proximity, the innovative spirit in Austin…and the ability to find different ways of solving problems and hopefully a more cost-effective and a much faster cycle,” General Murray said.

Entrepreneurs and government innovators will be able to work and learn from one another in one space.

Capital Factory said they want it to be a place for collaboration, not secrets.

Here's what you don't know about human trafficking victims