Army announces overhaul of how sexual harassment, assault and other crimes investigated nearly one year after death of Vanessa Guillen

The recommendations impact not just Fort Hood but also the U.S. Army as a whole. 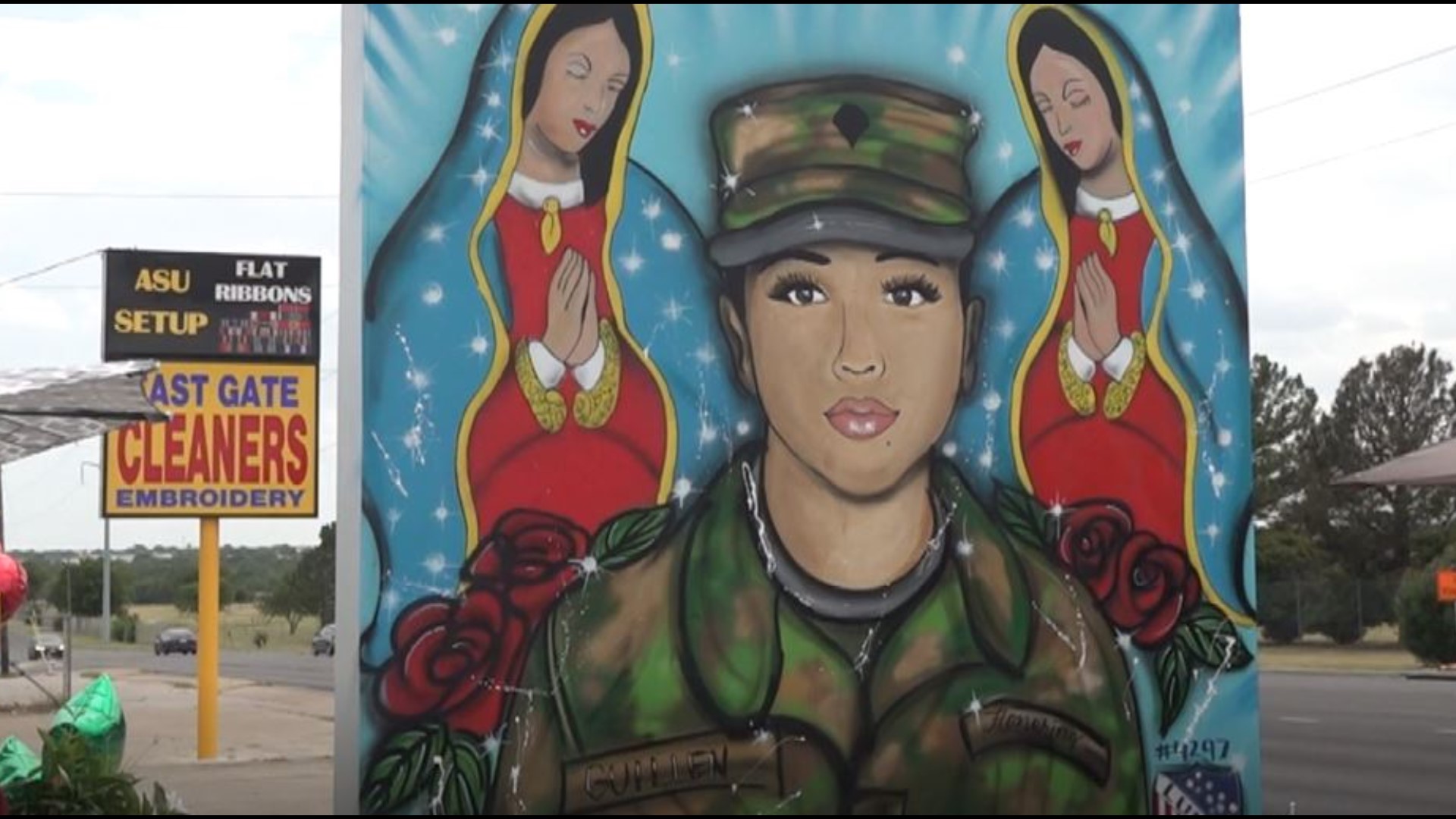 WASHINGTON, D.C., USA — The U.S. Army announced a series of actions Friday that would implement the recommendations of the Fort Hood Independent Review Committee (FHIRC).

The review, which was conducted in response to the death of Spc. Vanessa Guillen, examined the command climate and culture on Fort Hood and the surrounding military community to determine whether they reflect the Army's commitment to safety, respect, inclusiveness, diversity and freedom from sexual assault and sexual harassment.

The news comes less than a week from the day Guillen was killed, allegedly by fellow soldier Spc. Aaron Robinson in an armory room on post.

Guillen reportedly told her family she was being sexually harassed but never reported it to her superiors for fear of retaliation.

In the months that followed her death, Guillen's family and supporters held protests outside Fort Hood demanding justice. It led to the creation of the #IAmVanessaGuillen movement and the I am Vanessa Guillen Act.

The proposed bill, sponsored by California Rep. Jackie Speier (D), would allow victims of sexual assault and harassment in the military to report the allegations to a third party outside their chain of command.

The bill was set to be introduced on the U.S. House floor April 22, exactly one year after Guillen's death.

The actions announced Friday would address not just the concerns on Fort Hood but across the Army as a whole, U.S. Army Forces Command (FORSCOM) and III Corps.

Among the changes are the re-structuring the U.S. Army Criminal Investigation Command (CID) and redesigning the Sexual Harassment/Assault Response and Prevention (SHARP) program to address shortcomings identified in the FHIRC report.

"Fort Hood’s CID detachment is fully manned with experienced agents and the office also has access to state-of-the-art software and digital-forensic-examination tools," a press release said.

The FHIRC report, released Dec. 8, included 70 recommendations to force change. In addition to those, the Army said its working to "achieve transformational cultural change by executing initiatives such as This is My Squad (TIMS), the Army’s first-ever noncommissioned officer strategy, and the Command Assessment Program, which will ensure that only exemplary leaders are placed into critical positions of trust and responsibility."

While the FHIRC report focused on the command climate and culture at Fort Hood, the findings impact the entire Army and more than 1.2 million Soldiers. The People First Task Force is developing multiple plans to address FHIRC recommendations for combating sexual harassment, sexual assault, violent crime, and other harmful behaviors that exist in our ranks across the Army.

The Fort Hood Independent Review Committee unveiled the results of a three-month examination of the command climate and culture at Fort Hood and the surrounding military community on Dec. 8, 2020. The independent review arose from the questions and concerns voiced by family members, Congress, and various Hispanic advocacy groups during the investigation into the disappearance and murder of Spc. Vanessa Guillén.

The investigations are reviewing a number of aspects of the 3rd Calvary Regiment and the 1st Calvary Division at Fort Hood. Once complete, the investigating officers will make findings and recommendations for the appointing authority’s consideration.