Clayton Schenkelberg passed away at a senior care facility in San Diego, according to a report by the San Diego Union-Tribune. 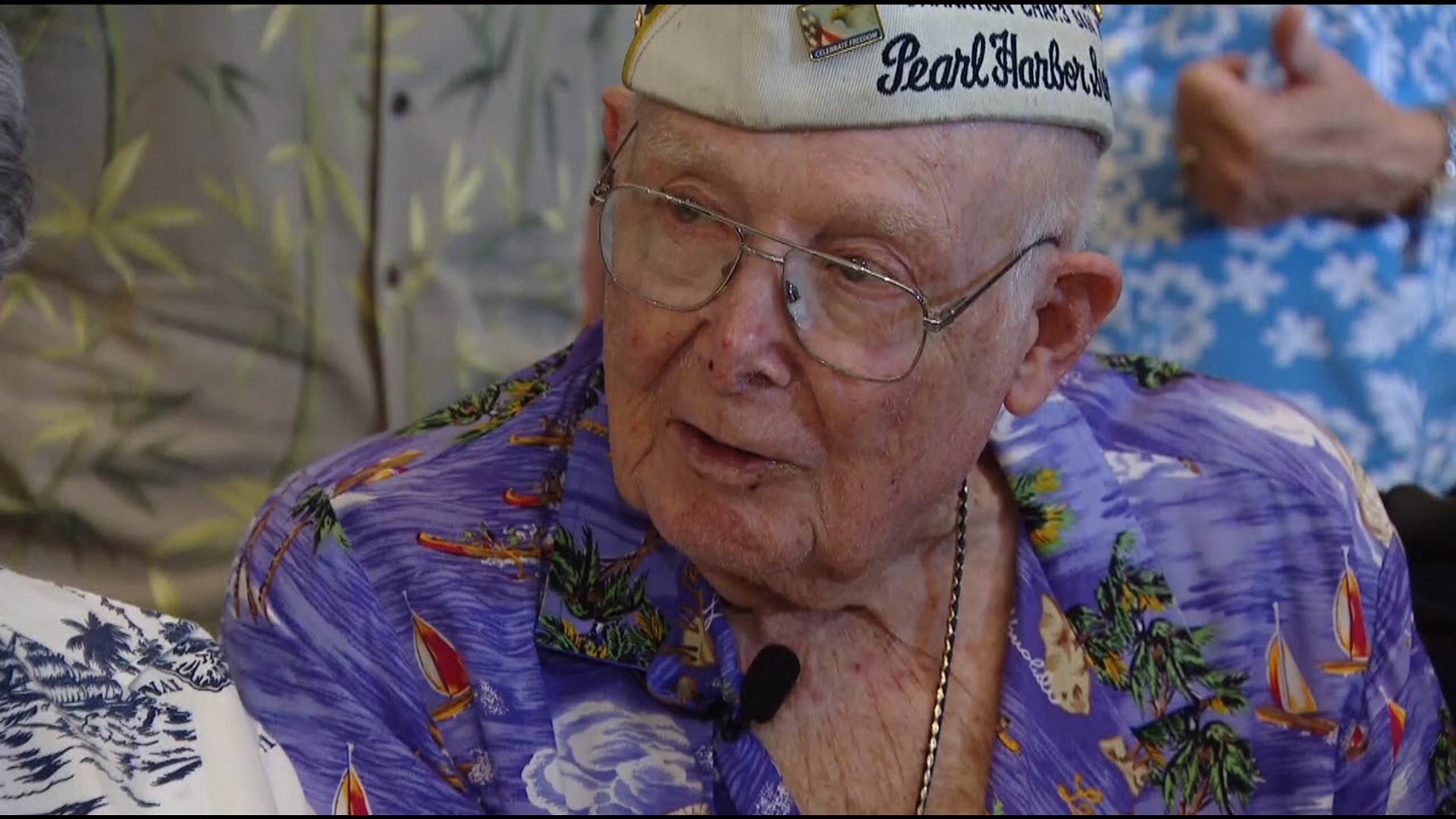 SAN DIEGO COUNTY, Calif. — A man reported to have been the oldest Pearl Harbor survivor in the United States passed away earlier this month in San Diego, according to a story published by the San Diego Union-Tribune this weekend. The paper reported that Clayton Schenkelberg died at a senior care facility in the College Area on April 14 at the age of 103.

Schenkelberg was born in Carroll, Iowa, on Oct. 17, 1917, and lost both his parents before the age of 18, according to the report. In 1937, he joined the Navy following an older brother into the service.

When Pearl Harbor was attacked in December 1941, Schenkelberg was a Navy torpedoman stationed at a submarine base. After World War II, he remained in the Navy for another 26 years, the U-T reported, and settled in San Diego with his wife and seven children. He had a second career as a high school custodian servicing local schools including Patrick Henry High School.

Schenkelberg survived much in his lifetime including a bout with COVID-19 in the past year which his family told the U-T he contracted but said he did not get sick from.

In the course of his lifetime, Schenkelberg saw many historic moments from the stock market crash that led to the Great Depression to that fateful day at Pearl Harbor.

Schenkelberg is survived by five of his children, some of whom still reside in San Diego. He was preceded in death by his wife Alithea who he was with for 74 years and two of their sons.

A memorial service for Schenkelberg is scheduled for May 6 at 10:30 a.m. at Our Lady of Grace in El Cajon where he was a longtime parishioner, according to the U-T.