Admiral Mike Gilday said there was extensive damage to 11 of the 14 decks on the Wasp-class amphibious assault ship. 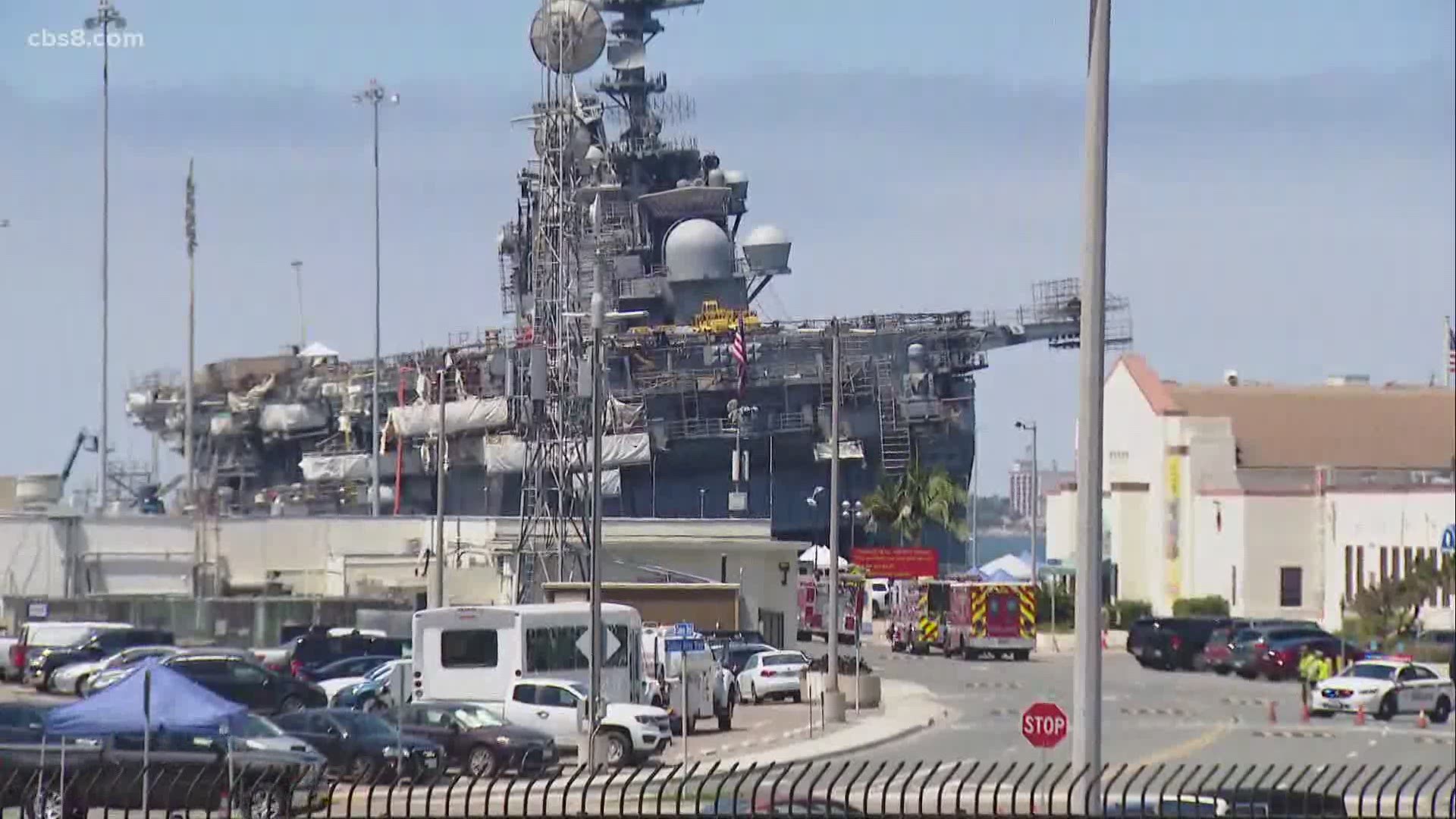 SAN DIEGO — After an exhaustive four-day battle against a raging fire, the blaze aboard the USS Bonhomme Richard at Naval Base San Diego is believed to be fully extinguished, but the ship's long-term fate remains uncertain.

The Chief of Naval Operations, Admiral Mike Gilday, toured the ship, inspected the damage and asked some questions about how this fire could have started.

Following the inspection, Gilday said there was extensive damage to 11 of the 14 decks on the Wasp-class amphibious assault ship. He added that it's unclear if the Navy will decide to spend the hundreds of millions of dollars needed to fix the 22-year-old ship.

"We will thoroughly look into and learn from the fire," the four-star Admiral said in a statement released Wednesday.

A total of 40 sailors and 23 civilian firefighters suffered various minor injuries, mostly heat exhaustion, and smoke inhalation while taking part in the battle to defeat the blaze, Navy officials said.