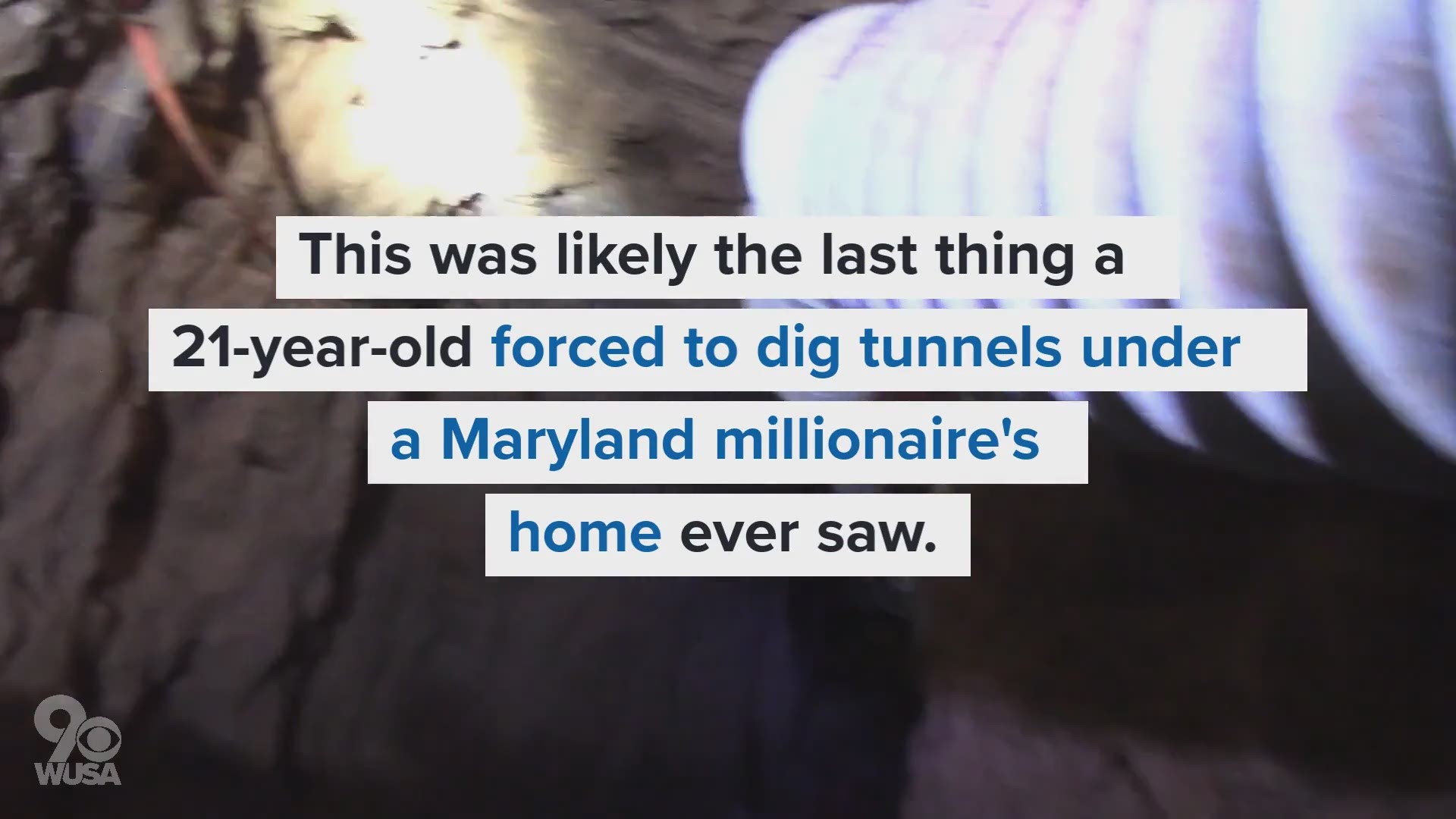 WASHINGTON — A jury found a Bethesda millionaire guilty in connection with the death of a 21-year-old he kept "as a virtual slave," prosecutors said, forcing him to build tunnels on his property.

A jury deliberated for 12 hours before they found Daniel Beckwitt guilty on two counts in the death of Askia Khafra, 21, Wednesday night: second-degree depraved heart murder and involuntary manslaughter.

Khafra's charred and naked body was found after a fire broke out in the home in September of 2017.

Credit: WUSA
Daniel Beckwitt is charged in the 2017 death of a 21-year-old man he allegedly kept as a modern-day slave, digging tunnels underneath Beckwitt's Bethesda home.

Prosecutors said Beckwitt recruited Khafra to help him dig sometimes for days at a time. The 21-year-old from Silver Spring would sleep in the tunnels and use a bucket to go to the bathroom. Prosecutors said the tunnels had a dangerous chain of power strips that were a fire hazard.

Investigators reported the home had “hoarding conditions" at the time of the fire, finding things like human excrement, discarded items, saturated materials and piles of garbage.

Credit: WUSA
Trapped in a burning labyrinth of homegrown tunnels, police say 21-year-old Askia Khafra could have been saved from a 2017 Bethesda house fire.

Wink said Beckwitt led Khafra through the house with a string, and that when fire broke out last September, Khafra likely had no idea how to get out.

Those conditions, according to investigators, made escape from the home difficult as the hoarding conditions led to maze-like pathways throughout.

"The substantial electrical needs of the underground tunnel complex were served by a haphazard daisy-chain of extension cords and plug extenders that created a substantial risk of fire," Montgomery County Detective Michelle Smith said in a court affidavit.

Credit: WUSA
Askia Khafra died in September 2017 after Montgomery County Fire responded to a fire in the basement of a home at 5212 Danbury Road in Bethesda, Md.

WUSA9 reporter Bruce Leshan lives in the neighborhood and was one of the first on the scene when the deadly fire happened.

After calling 911, Leshan ran into the home where he encountered resident Daniel Beckwitt, who said that another man was inside.

Khafra's body was found in the basement. He died of smoke inhalation and thermal injuries, investigators said at the time.

Beckwitt's lawyers said he had amassed a multi-million dollar fortune day trading on the stock market. They said he hired Khafra to dig the tunnels because he was afraid of a nuclear attack from North Korea.

They argued in court Khafra was proud of his work digging the tunnels, even posting pictures of himself in a mask and helmet down in the tunnels.

"Depraved heart murder,” is a killing caused by a reckless disregard for human life, according to Justia.com.