Trump condemns violence at US Capitol after House impeaches him

In a statement and video from The White House, Trump said violence and lawbreaking are not what he stands for. 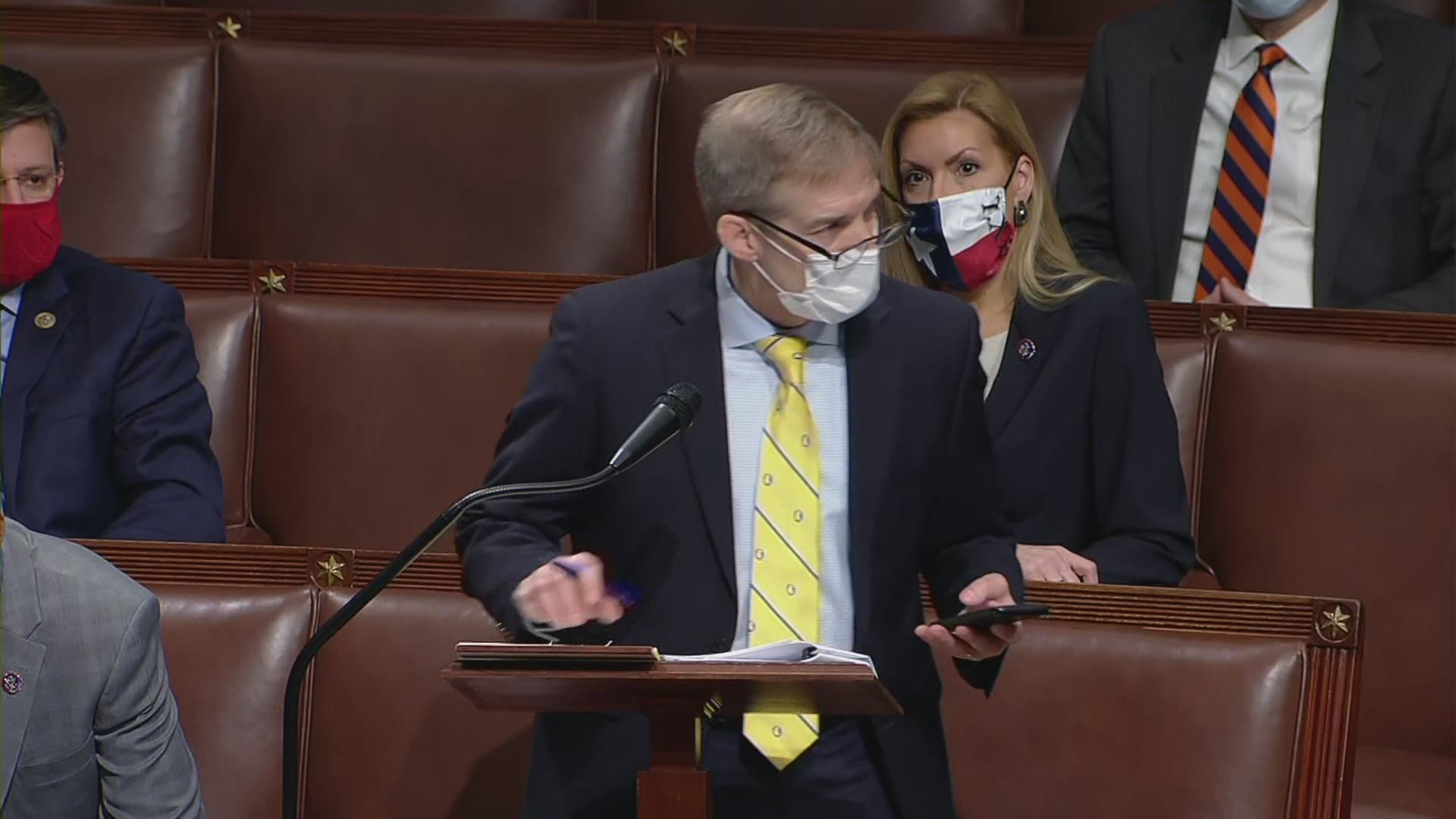 WASHINGTON — President Donald Trump has released a video condemning the violent insurrection he fomented at the Capitol last week.

The video came out Wednesday after he was impeached by the House for a record second time, this time with Republican votes. Trump also called on his supporters to remain peaceful amid concerns about additional violence in the days before President-elect Joe Biden’s inauguration.

"I want to be clear. I unequivocally condemn the violence that we saw last week. Violence and vandalism have absolutely no place in our country and no place in our movement," Trump said.

"No true supporter of mine could ever endorse political violence," he added.

Trump also said that he had directed federal agencies “to use all necessary resources to maintain order in Washington, D.C.” over the next week." It comes as investigators are combing through a mountain of online posts, street surveillance and other intelligence, including information that suggests mobs could try to storm the Capitol again and threats to kill some members of Congress -- possibly during next week's inauguration.

Trump made no reference to becoming the first president in the nation's history to be impeached twice.

Earlier in the day, The White House released a statement from Trump urging that there must be "NO violence, NO lawbreaking" as the country prepares for Biden's swearing in.

Trump's message was read Wednesday on the House floor by GOP Rep. Jim Jordan of Ohio.

“That is not what I stand for, and it is not what America stands for. I call on ALL Americans to help ease tensions and calm tempers,” Trump's statement said.

TRUMP statement: "In light of reports of more demonstrations, I urge that there must be NO violence, NO lawbreaking and NO vandalism of any kind. That is not what I stand for, and it is not what America stands for. I call on ALL Americans to help ease tensions and calm tempers." pic.twitter.com/rGfNdXqCvR

Wednesday's impeachment vote came exactly one week after Trump encouraged loyalists to “fight like hell” against election results, after which a mob of his supporters stormed the U.S. Capitol during the certification of Biden's victory. Trump has falsely claimed widespread voter fraud cost him the election. State elections officials across the country and former Attorney General William Barr have stated that's not true.

Five people died as a result of the riot, including a U.S. Capitol Police officer.

Senate GOP majority leader Mitch McConnell rejected a motion for the Senate to hold an emergency session to vote on whether to convict Trump, meaning the Senate almost certainly will not meet again until Jan. 19. That is a day before Biden’s inauguration.