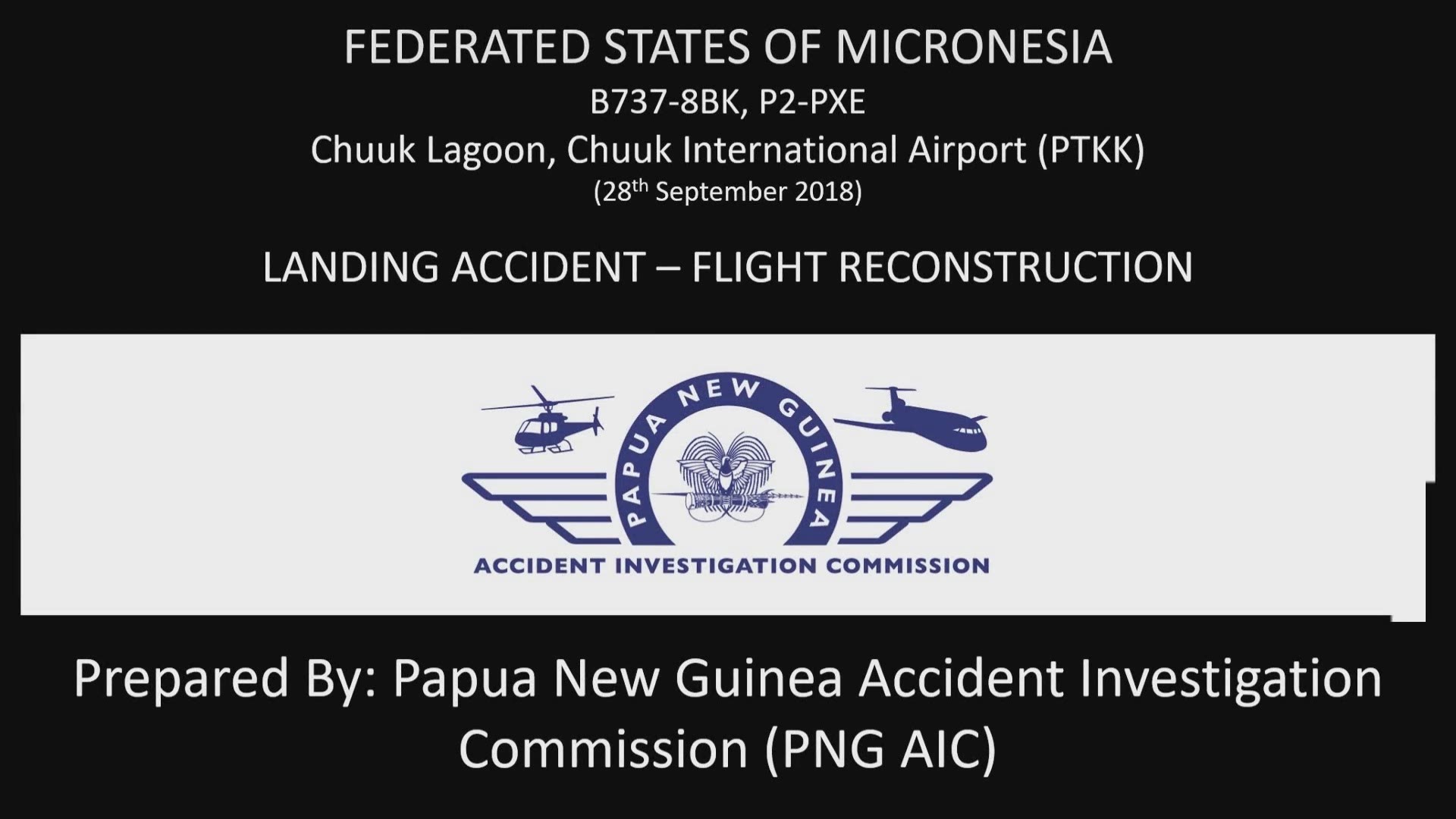 New dramatic video shows what happened inside the cockpit in the moments before a 737-800 aircraft crashed in the Pacific Ocean.

One passenger was killed and six others were hurt during the incident on September 28, 2018.

Papua New Guinea's Accident Investigation Commission released its final report of the incident on Thursday. The report included new video showing the plane's final approach from an engineer who was filming in the cockpit on his iPhone.

During the video, the plane's warning system can be heard saying "pull up."

Credit: AP
In this photo provided by the U.S. Navy, U.S. Navy Sailors from Underwater Construction Team (UCT) 2 assist local authorities in shuttling the passengers and crew of the Air Niugini flight to shore after the plane crashed into a lagoon on its approach to Chuuk International Airport in Micronesia., Friday, Sept. 28, 2018. All passengers and crew survived the plane's crash landing. (Lt. Zach Niezgodski/U.S. Navy via AP)

According to the report, the incident was blamed on pilot error after the flight crew did not follow the proper approach and pre-landing checklists.

"Both pilots were not situationally aware and did not recognize the developing significant unsafe condition during the approach," the report stated. "The investigation observed that the flight crew disregarded the alerts."

The aircraft was about 1,500 feet short of the runway and ended up in the water of the Chuuk Lagoon. Once hitting the water the aircraft turned 210 degrees and drifted 460 feet.

The Air Niugini Limited flight was carrying 35 passengers and 12 crew from Pohenoei to Chuuk in the Federated States of Micronesia, an independent nation with 607 islands in the Western Pacific, northeast of New Guinea.

Credit: AP
Local fishing boats move in to recover the passengers and crew of Air Niugini flight following the plane crashing into the sea on its approach to Chuuk International Airport in the Federated States of Micronesia., Friday, Sept. 28, 2018. All 47 passengers and crew survived a plane's crash landing in a Pacific lagoon Friday morning, wading through waist-deep water to the emergency exits and escaping on local boats that came to the rescue in the Micronesia archipelago. (James Yaingeluo via AP)

The plane involved in the crash is a 737-800 variant and not the 737 MAX aircraft currently grounded worldwide following two deadly crashes in Ethiopia and Indonesia.