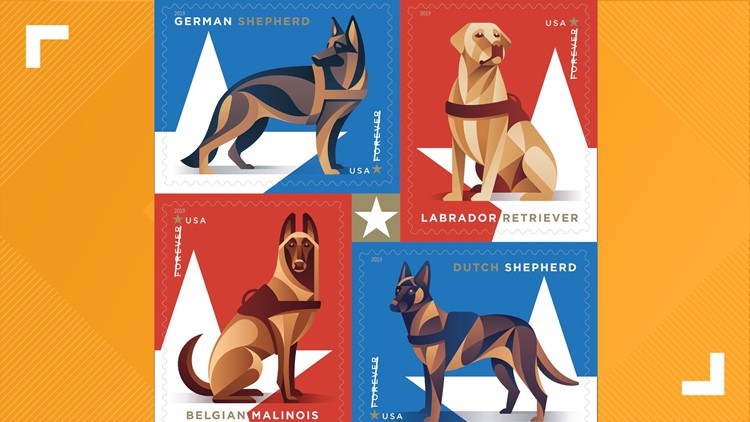 The United States Postal Service is releasing a new set of Forever Stamps on Thursday that will feature a lot of good boys. The red, white and blue stamps feature military working dogs.

Each stamp has a white star on the background. The stamps are in red, white, blue and gold to represent the American flag and patriotism, the USPS said in a press release. Art director Greg Breeding designed the stamps, and DKNG Studios created the artwork.

"Brave and loyal military working dogs are essential members of America’s armed forces. Courageous canines have aided U.S. soldiers in World War I, World War II, the Korean War, the Vietnam War, and the Afghanistan and Iraq wars," the USPS said in a press release.

The stamps will be available on Thursday, August 1. Customers can get the stamps online at the USPS website or at any USPS store.

A dedication ceremony for the new stamps will be held on Thursday at noon in Omaha, NE.