The World Cup star and her fellow-soccer-pro husband said on Twitter they're expecting their first child. 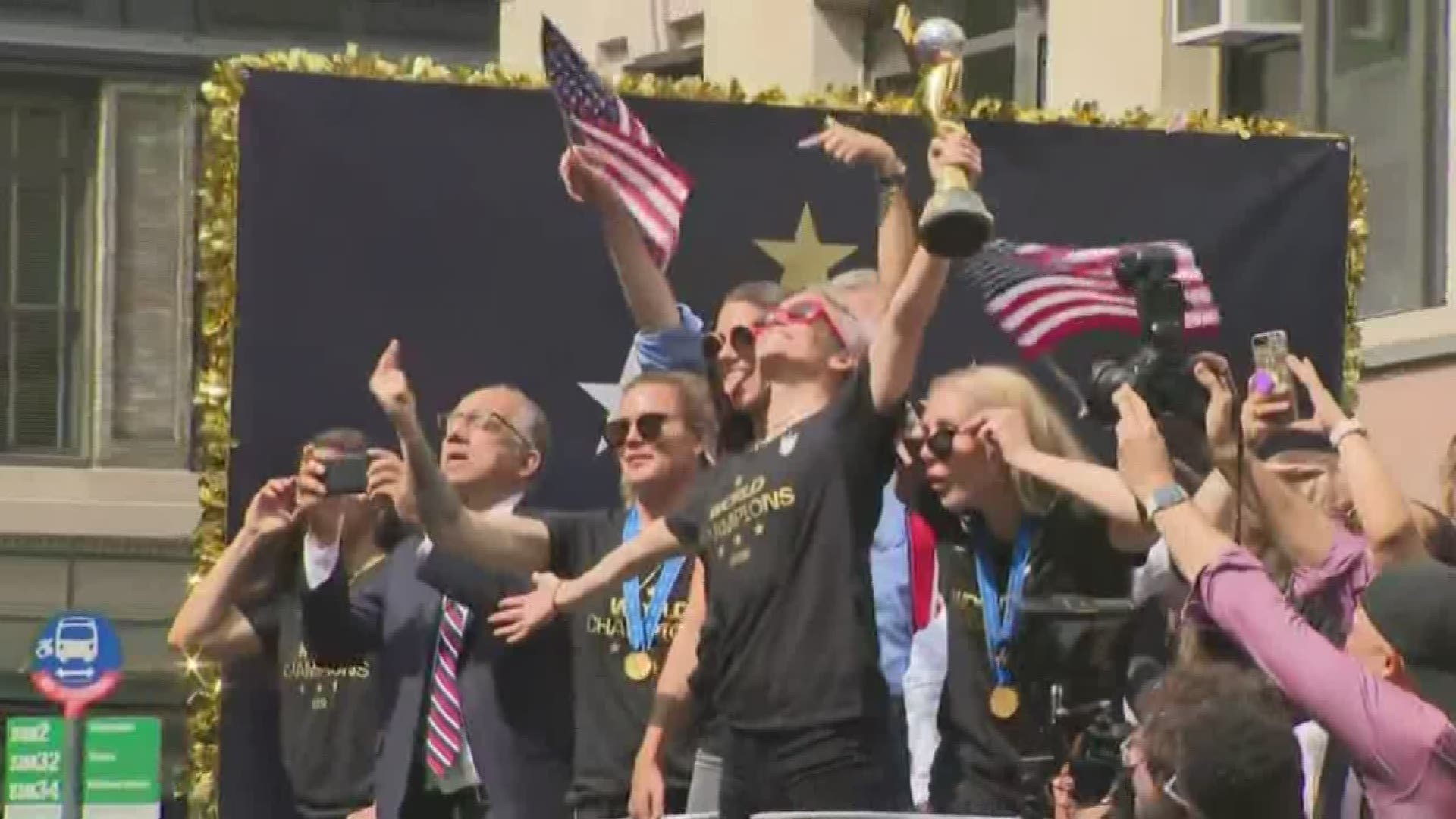 Morgan and Carrasco, who is a midfielder for the LA Galaxy, made the announcement Wednesday on social media.

Morgan, who was on the U.S. team that won the World Cup this summer in France, added in a Twitter post: "We are already in love and we haven't even met her yet. Newest member of the Carrasco family, coming soon."

Morgan's season with the Orlando Pride in the National Women's Soccer League was cut short by a knee injury. She and Carrasco met at the University of California, where both played soccer. They were married on New Year's Eve in 2014.