Trump fires back at congressman who said his conduct was 'impeachable'

In a series of tweets, Trump called GOP congressman Justin Amash 'a loser who sadly plays right into our opponents hands!' 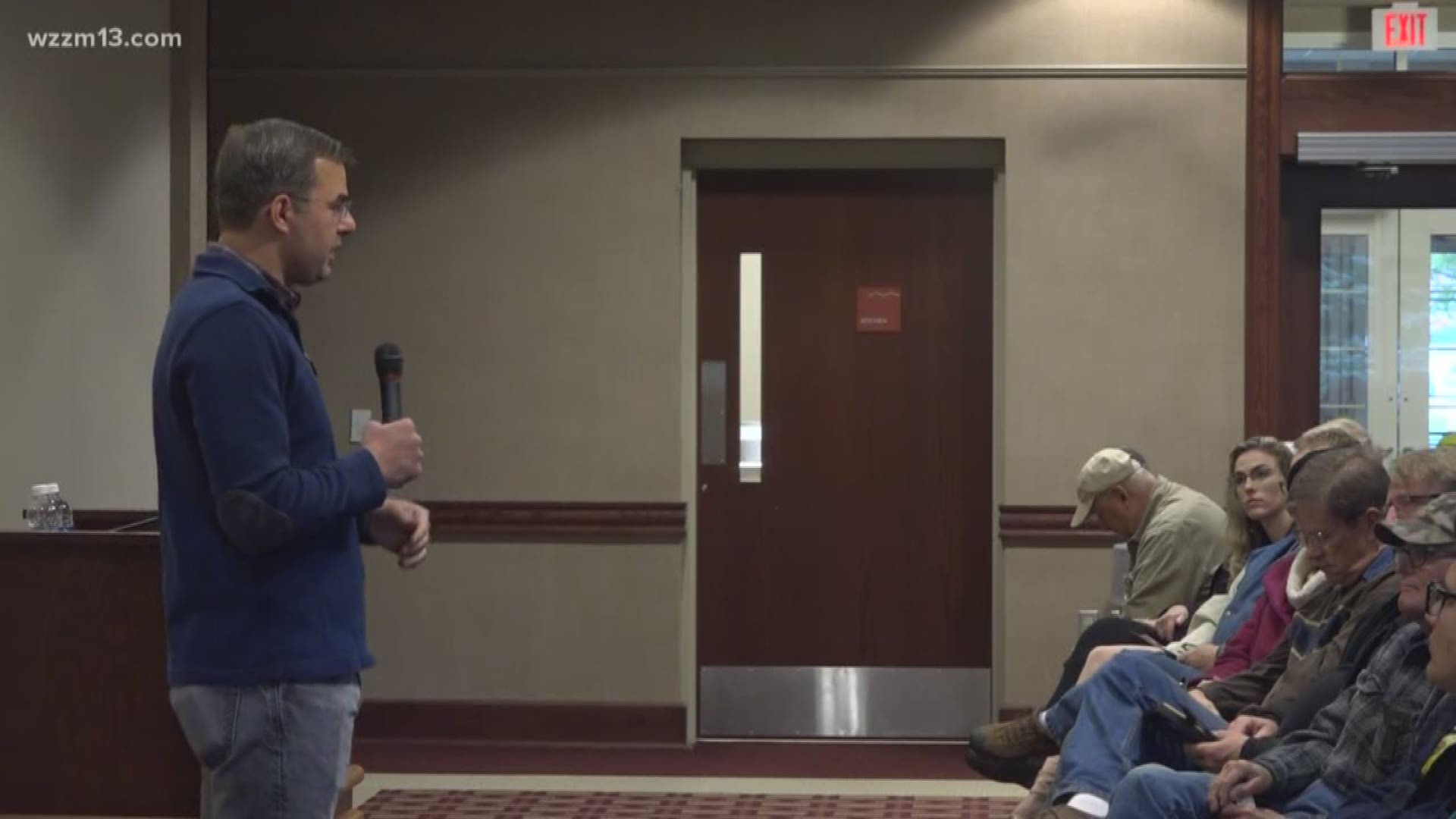 President Trump has fired back after a Republican congressman from Michigan on Saturday became the first member of President Donald Trump's party on Capitol Hill to accuse him of engaging in "impeachable conduct" stemming from special counsel Robert Mueller's lengthy investigation into Russian meddling in the 2016 presidential election.

Often a lone GOP voice in Congress, Amash sent a series of tweets Saturday faulting both Trump and Attorney General William Barr over Mueller's report. Mueller wrapped the investigation and submitted his report to Barr in late March. Barr then released a summary of Mueller's "principal conclusions" and released a redacted version of the report in April.

Trump responded to Amash with a series of tweets on Sunday, calling him "a total lightweight who opposes me and some of our great Republican ideas and policies just for the sake of getting his name out there through controversy."

Mueller found no criminal conspiracy between Trump's presidential campaign and Russia, but left open the question of whether Trump acted in ways that were meant to obstruct the investigation. Barr later said there was insufficient evidence to bring obstruction charges against Trump.

Trump, who has compared the investigation to a "witch hunt," claimed complete exoneration from Mueller's report.

Amash said he reached four conclusions after carefully reading the redacted version of Mueller's report, including that "President Trump has engaged in impeachable conduct."

"Contrary to Barr's portrayal, Mueller's report reveals that President Trump engaged in specific actions and a pattern of behavior that meet the threshold for impeachment," the congressman tweeted. He said the report "identifies multiple examples of conduct satisfying all the elements of obstruction of justice, and undoubtedly any person who is not the president of the United States would be indicted based on such evidence."

The Justice Department, which Barr leads, operates under guidelines that discourage the indictment of a sitting president.

A representative for Amash did not immediately respond to an email request to speak with the congressman.

Trump and Republican lawmakers generally view the matter as "case closed," as Senate Majority Leader Mitch McConnell, R-Ky., recently declared on the floor of the Senate.

On the other hand, Democrats who control the House are locked in a bitter standoff with the White House as it ignores lawmakers' requests for the more complete version of Mueller's report, the underlying evidence and witness testimony. Some Democrats wants the House to open impeachment hearings, but Speaker Nancy Pelosi, D-Calif., has resisted, saying impeachment must be bipartisan.

Rep. Rashida Tlaib, D-Mich., a freshman who opened her term by profanely calling for Trump to be impeached, applauded Amash.

"You are putting country first, and that is to be commended," Tlaib tweeted. Tlaib is seeking support for a resolution she's circulating calling on the House to start impeachment proceedings.