Trump's message: Only after the Democrats' investigations end will he work with them on infrastructure, lowering drug prices and other matters. 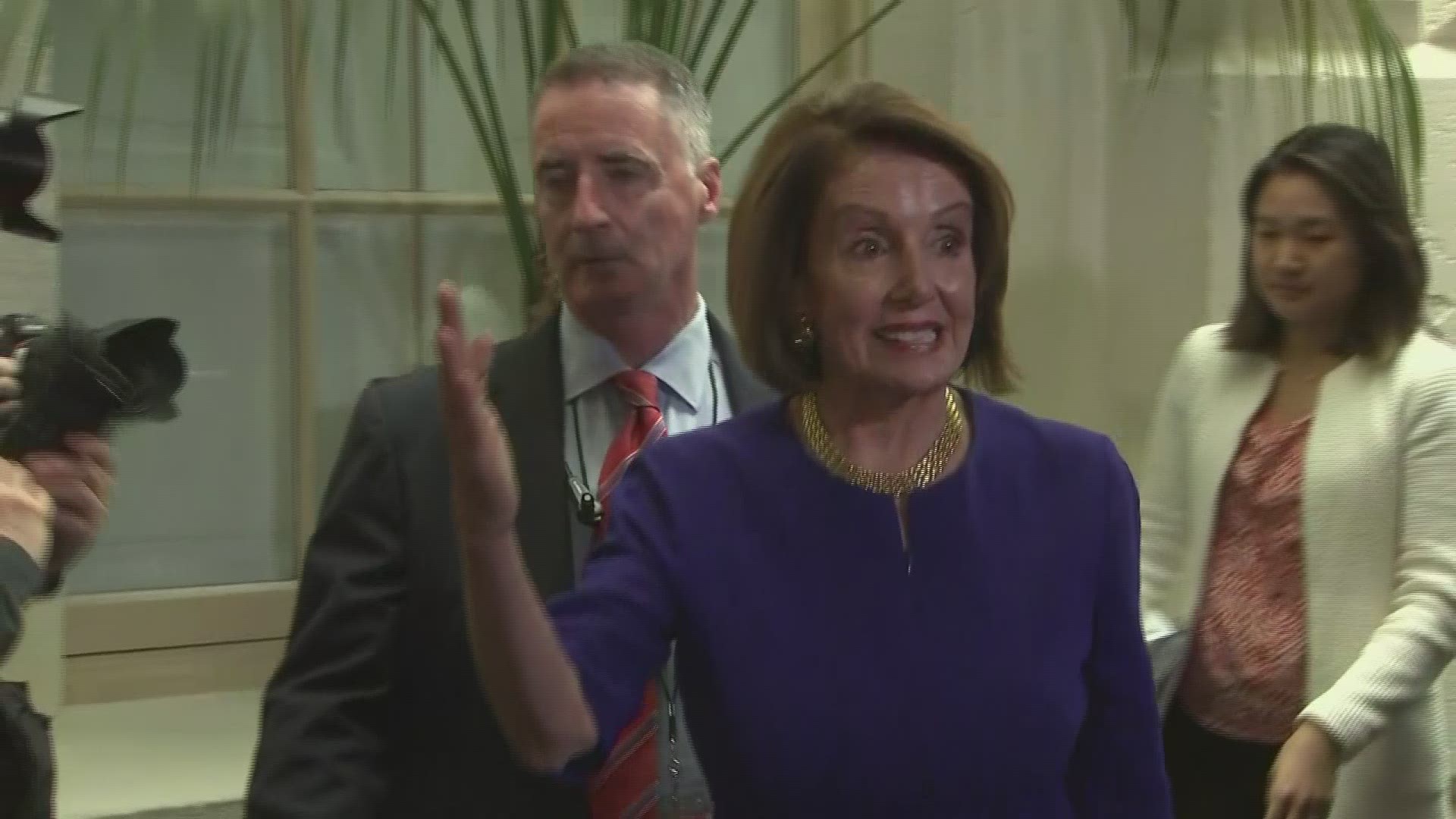 The curtains in the Cabinet Room were drawn. The Democrats were waiting. President Donald Trump came and went in all of three minutes.

Round 2 of the president's consultations with congressional Democrats on infrastructure went bust in a flash.

Prospects for passing a large infrastructure bill evaporated Wednesday as Trump announced that he won't work with Democratic lawmakers on policy while they continue to investigate him.

Trump took umbrage at House Speaker Nancy Pelosi's accusation earlier in the day of him being "engaged in a cover up."

He met briefly with Pelosi and Senate Minority Leader Chuck Schumer and other Democrats before exiting to address reporters in the Rose Garden.

His message: Only after the Democrats' investigations end will he work with them on infrastructure, lowering drug prices and other matters.

Speaking at the Capitol, Pelosi and Schumer suggested that Trump was looking for excuses not to take up infrastructure. 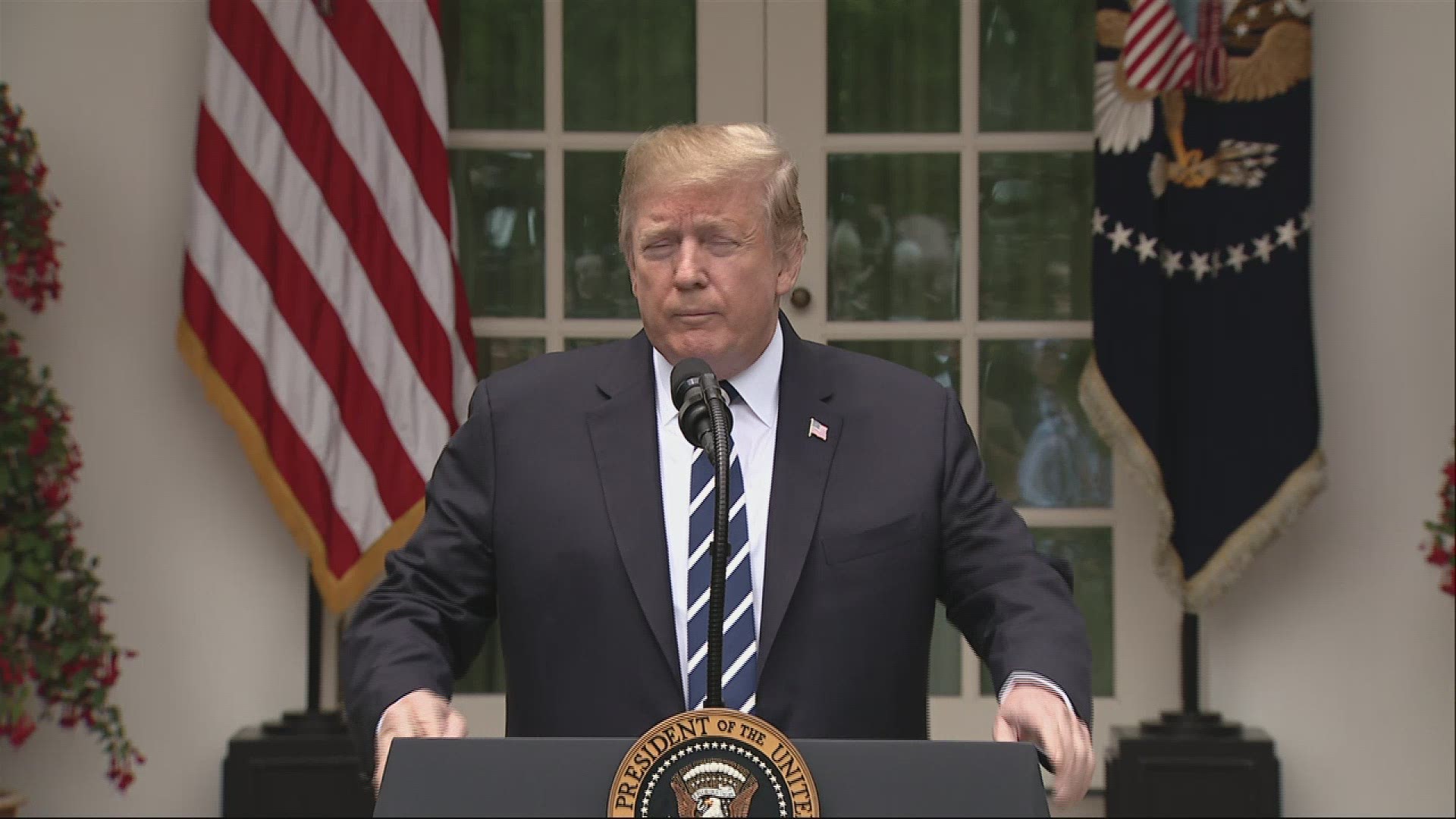 The meeting was supposed to be a follow-up from three weeks ago, when Trump and Democratic congressional leaders agreed to work together on a $2 trillion infrastructure package to invest in roads, bridges and broadband.

Schumer said that congressional committees had been undertaking investigations during that first meeting as well.

"And he still met with us. But now that he was forced to actually say how he was going to pay for it, he had to run away," Schumer said.

There were obvious signs of trouble going into the meeting, with both sides being guarded about how they would pay for such an investment. The White House released a letter Tuesday night that Trump wrote Pelosi and Schumer letting them know his preference for Congress taking up the proposed U.S. trade deal with Mexico and Canada first.

"Once Congress has passed USMCA, we should turn our attention to a bipartisan infrastructure package," Trump said.

Congressional committees have begun holding hearings on the nation's infrastructure needs. It's one of the few issues that lawmakers from both parties have said they would like to address.

Business and trade groups have been meeting with White House officials to emphasize the importance of shoring up the Highway Trust Fund, which pays for road improvements and transit systems. Federal fuel taxes supply most of the money that goes into the trust fund, but the purchasing power of the gas tax has declined as vehicles have become more fuel efficient.

The advocacy groups are trying to make the case that state politicians supportive of gas tax increases have not been punished at the ballot box.

But Republican leaders in Congress have shown little enthusiasm for the price tag of the infrastructure plan, and even less for the idea of raising the federal fuel tax to help pay for upgrading the nation's infrastructure. Trump himself has suggested that Democrats are somehow setting a trap to get him to go along with a tax increase.