The golf legend is said to be responsive and awake while recovering in the hospital. 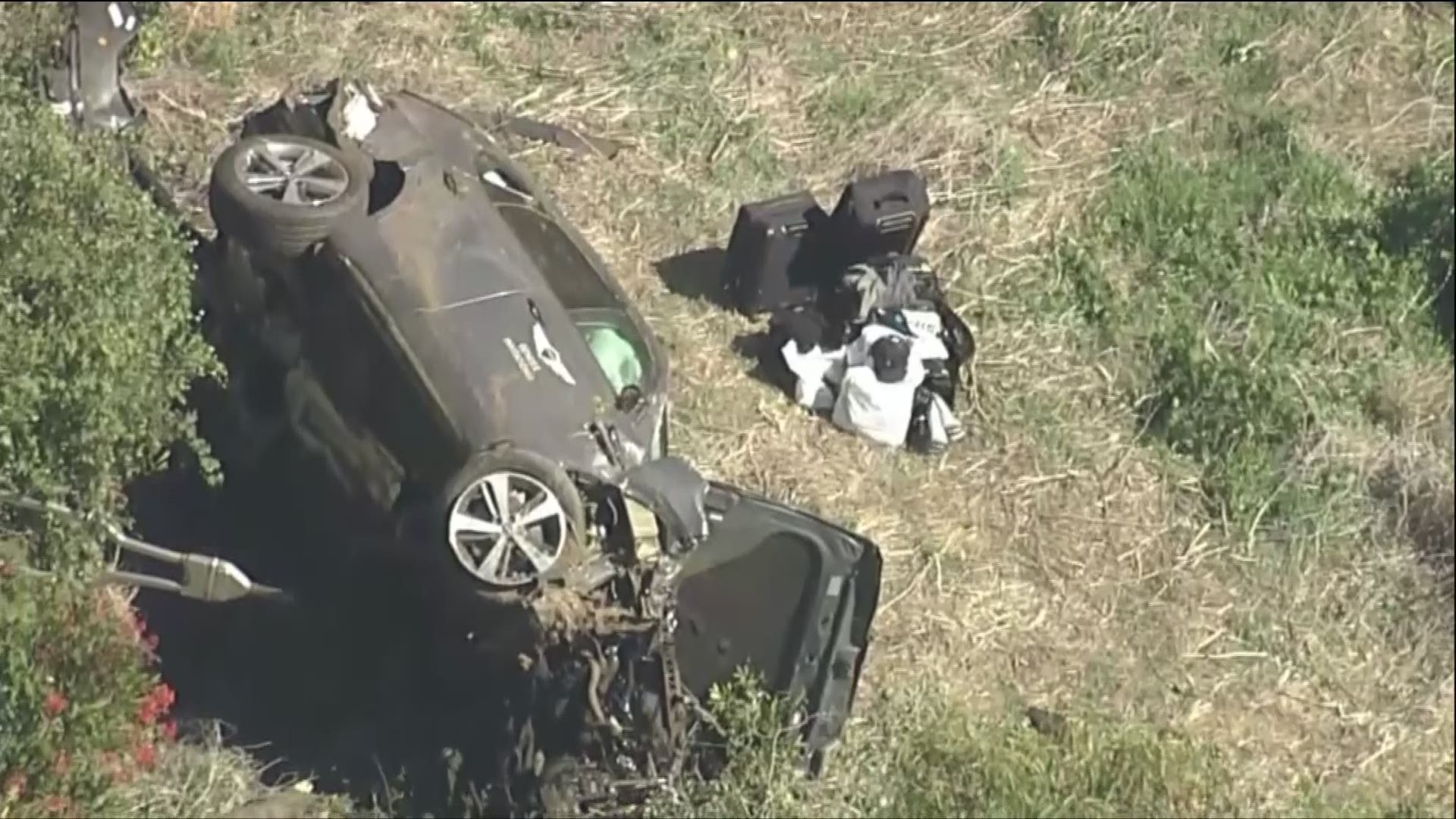 WASHINGTON — Golf star Tiger Woods underwent major surgery after he was involved in a rollover crash Tuesday morning and suffered "multiple leg injuries," according to authorities and the golfer's agent.

The statement went on to say that Woods had open fractures "affecting both the upper and lower portions of the tibia and fibula bones." The bones were stabilized "by inserting a rod into the tibia."

According to representatives, there were also injuries to Woods' foot bones and ankle bones which were stabilized using screws and pins.

Surgical release of the covering of muscles was needed to help trauma of the soft-tissue and muscle, according to Dr. Anish Mahajan, the Chief Medical Officer and Interim CEO at Harbor-UCLA Medical Center.

Wood's is said to be responsive and awake while recovering in the hospital.

Woods' SUV crashed into a median, rolled over and ended up on its side on a steep roadway in suburban Los Angeles known for wrecks, authorities said. The golf superstar had to be pulled out through the windshield. No other cars were involved.

The Los Angeles County Sheriff's Department said Woods was the only person in the vehicle and firefighters and paramedics had to use "jaws of life" tools to get him out.

His vehicle crashed into the raised median shortly before 7:15 a.m., then crossed two oncoming lanes and rolled several times, authorities said at a news conference.

Authorities said the vehicle sustained "major damage" and Woods was taken to a local hospital by ambulance.

“Tiger Woods was in a single-car accident this morning in California where he suffered multiple leg injuries," said his manager, Mark Steinberg. “He is currently in surgery and we thank you for your privacy and support.”

The airbags deployed, and the inside of the car stayed basically intact and that “gave him a cushion to survive the crash,” Los Angeles County Sheriff Alex Villanueva said. Both of his legs were seriously injured, county Fire Chief Daryl Osby said.

Authorities said they checked for any odor of alcohol or other signs he was under the influence of a substance and did not find any. They did not say how fast he was driving.

Credit: AP
A vehicle rests on its side after a rollover accident involving golfer Tiger Woods along a road in the Rancho Palos Verdes section of Los Angeles on Tuesday, Feb. 23, 2021.

Sheriff’s Deputy Carlos Gonzalez, who was the first to arrive at the wreck, told reporters that he sometimes catches people topping 80 mph in the 45 mph zone and has seen fatal crashes there.

Woods, 45, hosted the PGA Tour's Genesis Invitational over the weekend in California.

"On behalf of the PGA Tour and our players, Tiger is in our prayers and will have our full support as he recovers," the PGA Tour said in a statement.

NBC news reported that Capt. Ron Haralson of the L.A. County Fire Department delivered some promising news about the champion golfer saying after they rescued him from the car, “Fortunately, he was able to stand and we were able to assist him out of his vehicle."

“I will say that it’s very fortunate that Mr. Woods was able to come out of this alive,” Gonzalez said.

Credit: AP
Tiger Woods looks on during the trophy ceremony on the practice green after the final round of the Genesis Invitational golf tournament at Riviera Country Club, Sunday, Feb. 21, 2021, in the Pacific Palisades area of Los Angeles. (AP Photo/Ryan Kang)

Woods last competed on Dec. 20 in Orlando, then underwent a microdiscectomy. On Sunday, he spoke to CBS' Jim Nantz about his recovery and said that he wasn't sure whether he'd be able to play in the Masters in April.

Tiger Woods joined Jim Nantz in the booth and spoke about his recovery from back surgery. pic.twitter.com/3TyTHgRFPA

Since the crash, people across the country have been tweeting out well wishes for Woods' recovery.

"Prayers up for the GOAT @TigerWoods who was in an accident this morning," actress Jada Pinkett Smith tweeted. "Was just with him yesterday. Don’t take not even a MOMENT for granted! I know you’re good because your Tiger within is a beast!!!"

Alex Rodriguez tweeted: "Praying for my brother @TigerWoods as we all anxiously await more news. Thinking of him and his entire family."

Justin Thomas said he was sick to his stomach when he heard the news and said he was "just worried for his kids. I'm sure they're struggling."

"I'm sick to my stomach... just worried for his kids. I'm sure they're struggling." pic.twitter.com/CIJo59DUVJ

Former President Donald Trump, who in 2019 presented Woods with the Presidential Medal of Freedom, sent well wishes in a statement: "Get well soon, Tiger. You are a true champion."