The UK based photographer had to sit for two hours and never expected the photo that he got. 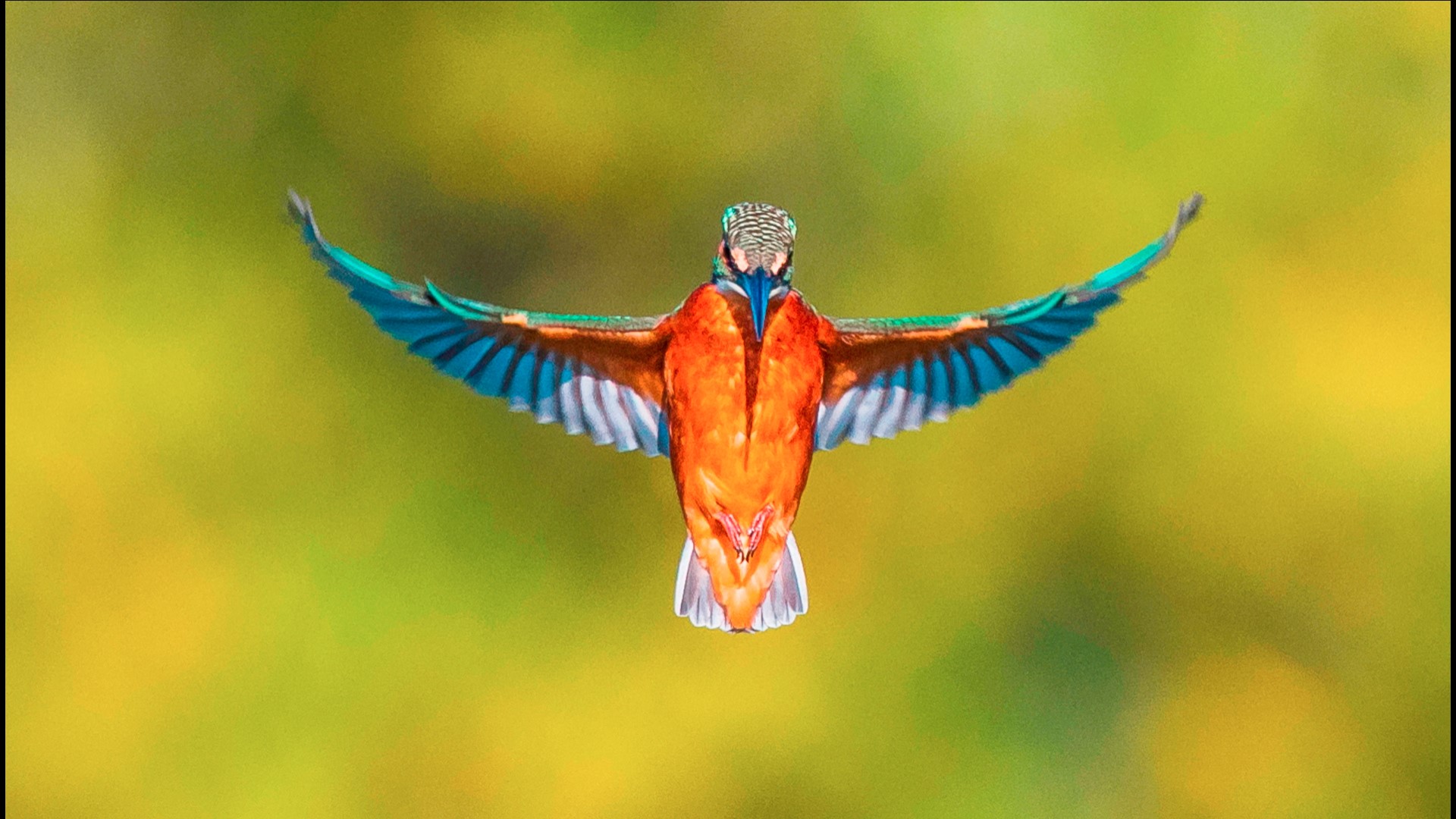 Wildlife experts say a photo of a kingfisher in flight, looking straight at the camera with its wings spread, is a "once-in-a-lifetime" shot. Some are describing it as "angel-like."

Paul Gregory, a UK based photographer, shot the photo at the Attenborough Nature Reserve in Nottinghamshire, according to BBC News. He said it was a case of being in the right place at the right time.

RELATED: Where have the wild birds gone? 3 billion fewer than 1970

Gregory said he had been sitting in a blind for about two hours and never expected to see a kingfisher, let alone get that shot.

"It was so rewarding as in the last year I've had nothing. Patience is a virtue," Gregory said.

A manager at the reserve said photographers usually only see a blue blur when they take a photo of the bird flying by.

Fans of "The Hunger Games" might look at this image and feel it eerily reminiscent to the image of the Mockingjay.

According to the blog birdorable.com, kingfishers have extremely sharp vision allowing them to hunt for food in the water. It has two photoreceptors in each eye -- one for finding the prey when the bird is above water and the other to focus on the fish when the bird is underwater. They also have long beaks for catching prey.

There are about 90 kingfisher species in the world. Some species migrate while others stay in the same region all year long.