Jordan Anchondo, a mother of three, apparently shielded the boy and then fell on him, injuring the child. 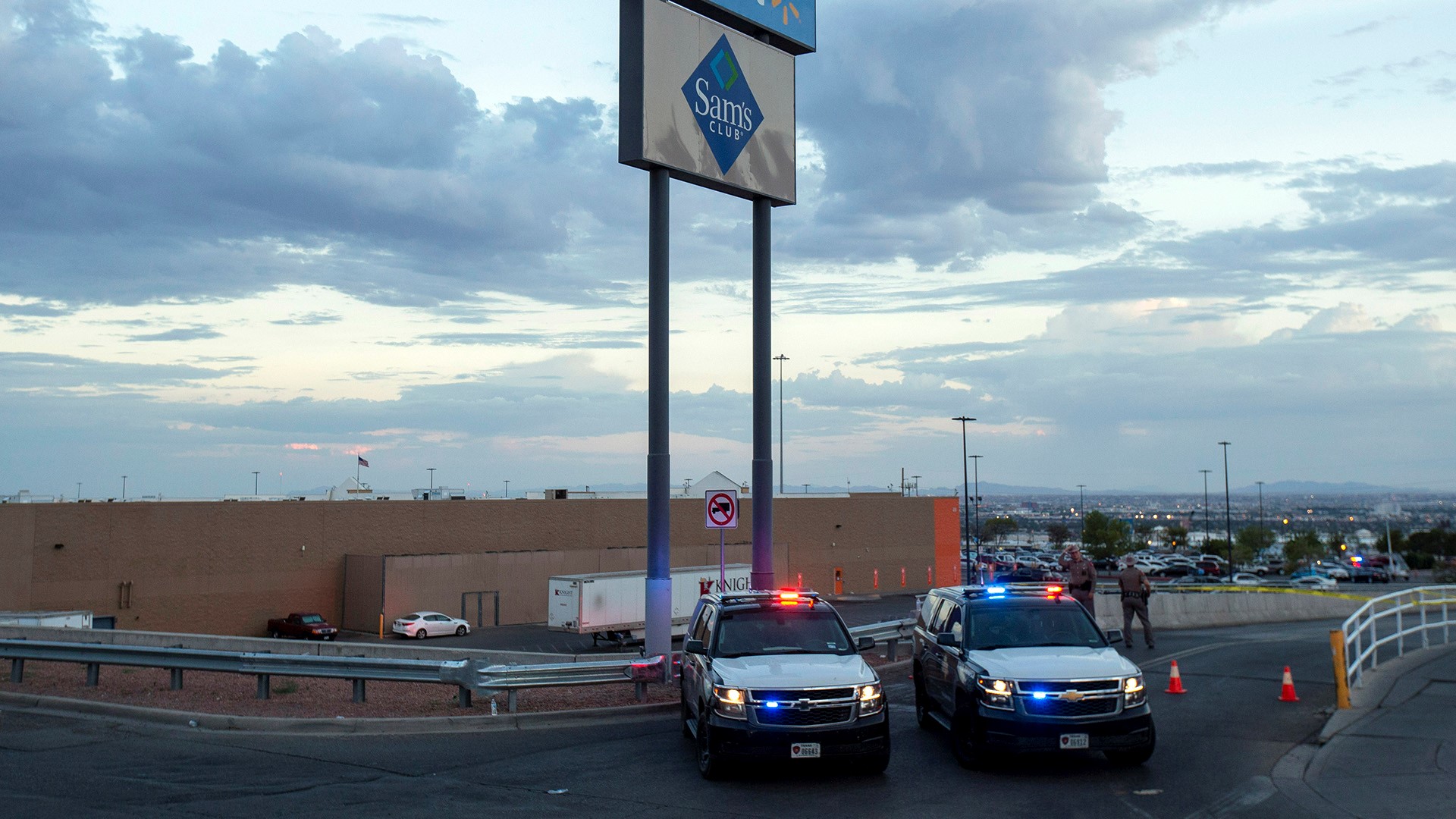 Among the 20 dead when a young gunman opened fire in an El Paso, Texas, shopping area Saturday was a 25-year-old woman who was shot while holding her 2-month-old son, her sister said.

Leta Jamrowski, 19, of El Paso learned Saturday afternoon that her sister Jordan Anchondo had been shot to death at Walmart while shopping for back-to-school supplies. Jamrowski spoke to The Associated Press as she paced a waiting room at the University Medical Center of El Paso, where her 2-month-old nephew was being treated for broken bones — the result of his mother's fall.

"From the baby's injuries, they said that more than likely my sister was trying to shield him," she said. "So when she got shot she was holding him and she fell on him, so that's why he broke some of his bones. So he pretty much lived because she gave her life."

Anchondo was the mother of three children.

Jamrowski spent the night desperately awaiting word of whether her brother-in-law, Andre Anchondo, had survived the attack that also wounded more than two dozen.

"They said that if he were alive, more than likely he would have gotten in contact by now," Jamrowski said.

On Sunday night, the family got word that Andre did not survive.

In the hospital lobby, Mexican consular officials tracked the wounded and missing. El Paso, which has about 680,000 residents, is in West Texas and sits across the border from Ciudad Juarez, Mexico in the state of Chihuahua.

He tweeted Saturday that he sends "condolences to the families of the victims, both American and Mexican."

Mexican Foreign Relations Secretary Marcelo Ebrard said six Mexicans were wounded in the shooting, including 45-year-old Mario de Alba Montes, 44-year-old Olivia Mariscal Rodríguez and 10-year-old Erika de Alba Mariscal. Ebrard says the man and woman are from Chihuahua. He said the other three wounded Mexicans, whose names weren't given, were two men and a woman from Torreón, in Coahuila state, and Ciudad Juarez.

Beto O'Rourke, a Democratic vice presidential candidate and an El Paso native, held a news conference on a street corner opposite the hospital as the sun set, recounting his visit with wounded victims, including a woman who had a bullet pass through her lungs.

"I told them that I am so amazed at how strong they are," the former U.S. congressman said.

Ryan Mielke, a spokesman for University Medical Center of El Paso, said 13 people were brought to the hospital with injuries, including one who died. Two of the injured were children who were being transferred to El Paso Children's Hospital, he said. Eleven other victims were being treated at Del Sol Medical Center, hospital spokesman Victor Guerrero said. Those victims' ages ranged from 35 to 82, he said.

A GoFundMe fundraiser has been set up to support the families of Andre and Jordan. You can donate here.