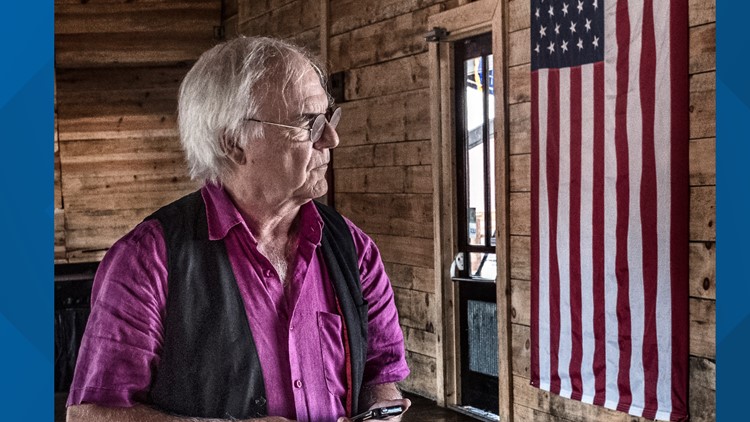 Singer-songwriter David Olney has died at the age of 71, after suffering an apparent heart attack during a performance Saturday night in Santa Rosa Beach, Florida, according to a statement posted on his website.

Olney was participating in a performance at the 30A Songwriters Festival, with Amy Rigby and Scott Miller, when the 71-year-old fell silent and dropped his head.

Rigby explained in a Facebook post that Olney was in the middle of his third song when he stopped, apologized and shut his eyes. She wrote that at first it looked like he was "just taking a moment."

Miller said that Olney "never dropped his guitar or fell of[f] his stool. It was as easy and gentle as he was. We got him down and tried our best to revive him until the EMT’s arrived. The world lost a good one last night. But we still have his work. And it still inspires. And always will. RIP."

Some of Olney's songs have been recorded by County Music Hall of Fame member Emmylou Harris, Del McCoury, Linda Ronstadt, Steve Young and many others.

The Rhode Island native moved to Nashville in 1973 after briefly studying English at the University of North Carolina, according to his website. He kicked off a solo recording career in 1986 and produced more than 20 albums.

He is survived by wife, Regine, daughter, Lillian, and son, Redding. Details about a memorial have yet to be released.