Most of the victims were schoolgirls lined up at a bus stop in the city of Kawasaki. 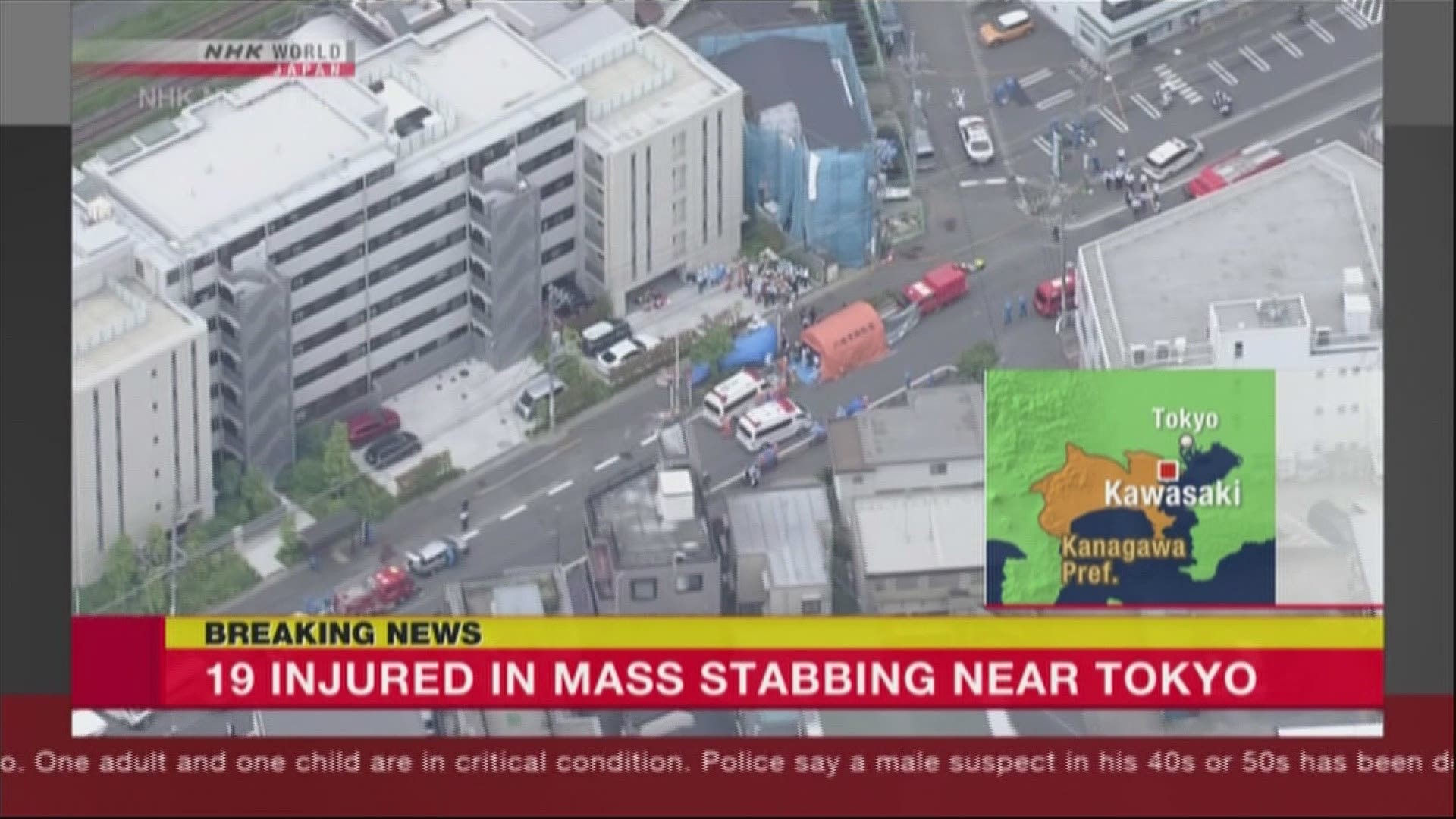 KAWASAKI, Japan -- A man carrying a knife in each hand and screaming "I will kill you!" attacked a group of schoolgirls waiting at a bus stop just outside Tokyo on Tuesday, killing two and injuring 16 before killing himself, officials and media said.

Most of the victims were schoolgirls who were lined up at a bus stop near Noborito Park in the city of Kawasaki when a man in his 40s or 50s began slashing them with knives. NHK national television, quoting police, said that the suspect died after cutting himself in the neck. Police wouldn't immediately confirm the specifics of that report.

Masami Arai, an official at the Kawasaki city office, said 16 people, most of them schoolgirls, were injured and three others, including the attacker, were believed killed. Arai said three of the injuries were serious and 13 others were not life-threatening.

Most of the victims attended a school founded by Soeurs de la Charite de Quebec, an organization of Catholic nuns in Quebec City in Canada.

It was not clear how old the victims were. The school runs from elementary through high school.

A witness told the Mainichi newspaper that he heard children shrieking after walking past a bus. He said that when he turned around, he saw a man wielding a knife in each hand, screaming "I will kill you!" and several children were on the ground.

NHK, citing police, said that a bus driver told officials that a man holding a knife in each hand walked toward the bus and started slashing children. NHK also interviewed a witness who said he saw the suspect trying to force his way onto a bus.

Television footage showed emergency workers giving first aid to people inside an orange tent set up on the street, and police and other officials carrying the injured to ambulances.

Although Japan has one of the lowest crime rates in the world, it has had a series of high-profile killings, including in 2016 when a former employee at a home for the disabled allegedly killed 19 and injured more than 20 others.

In 2008, seven people were killed by a man who slammed a truck into a crowd of people in central Tokyo's Akihabara electronics district and then stabbed passers-by.

Also in 2016, a man stabbed four people at a library in northeastern Japan, allegedly over their mishandling of his questions. No one was killed.