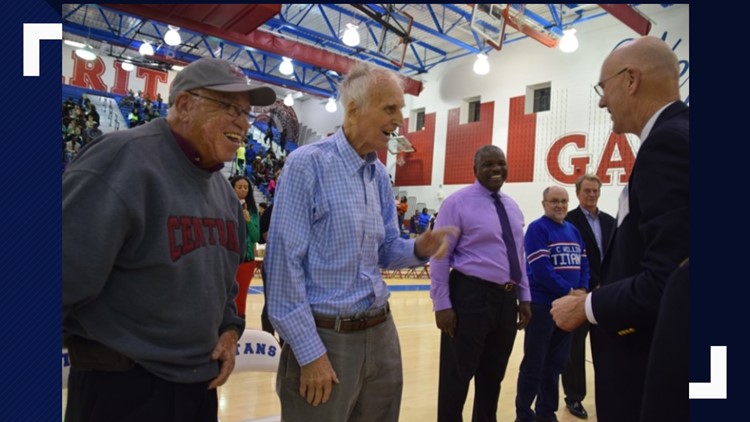 William "Bill" Yoast, a former high school coach portrayed in the movie "Remember the Titans" has died at the age of 94, Alexandria City Public Schools announced on Friday.

Yoast's daughter, Dee Dee Fox, confirmed to The Washington Post that her father died Thursday at an assisted living facility in Springfield, Virginia.

Yoast was head coach at the all-white Francis C. Hammond High School before he became defensive coach at T.C. Williams High School in Alexandria, Va., when the schools began to integrate. He would work along side Herman Boone, the school's first African American head coach.

On Friday, Coach Boone talked about his friend and former colleague and told Alexandria City Public Schools while they were different as "night and day," they found a way to trust each other and Yoast became his best friend.

"Bill was not going to allow racial differences to exist in this city,” said Coach Boone.

Yoast's death comes just a few months after the passing of another member of the 1971 Titans team. Julius Campbell, a key player from the T.C. Williams squad, portrayed by Wood Harris in the movie, died in January at the age of 65.