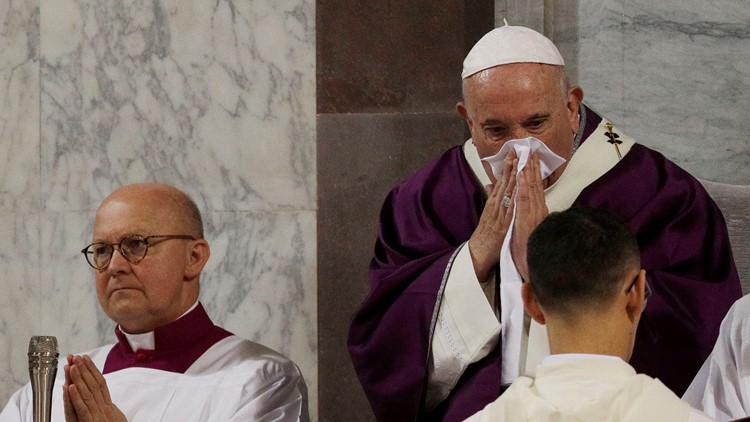 Photo by: AP
Pope Francis wipes his nose as he celebrates the Ash Wednesday Mass opening Lent, the forty-day period of abstinence and deprivation for Christians before Holy Week and Easter, in the Santa Sabina Basilica, in Rome, Wednesday, Feb. 26, 2020. (AP Photo/Gregorio Borgia)

VATICAN CITY — Officials say Pope Francis is sick and he skipped a planned Mass with Rome clergy across town on Thursday.

The Vatican said the 83-year-old pontiff had a “slight indisposition" and would proceed with the rest of his planned work on Thursday. But officials say Francis “preferred to stay near Santa Marta," the Vatican hotel where he lives.

There was no word from the Vatican about the nature of his illness, but the Pope was seen coughing and blowing his nose during the Ash Wednesday Mass.

It comes amid an outbreak of the coronavirus in Italy that has sickened more than 400 people, almost all of them in the north.

Rome had three cases, but all three were cured.