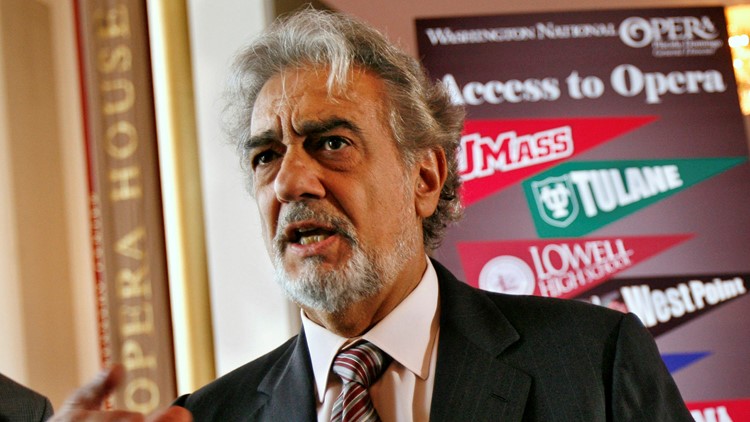 Photo by: AP
FILE - In this May 23, 2007, file photo, Placido Domingo, general director of the Washington National Opera, speaks during a news conference in Washington about a simulcast of a performance of La Boheme. (AP Photo/Jacquelyn Martin, File)

SAN FRANCISCO — People familiar with the findings have told The Associated Press that an investigation into Placido Domingo by the U.S. union representing opera performers found more than two dozen people who said they were sexually harassed or witnessed inappropriate behavior by the superstar over two decades.

They said the report concluded that the accounts of those interviewed showed a clear pattern of sexual misconduct and abuse of power.

In a statement to the AP, Domingo said he accepted full responsibility for his actions, had grown from the experience and was “truly sorry” for the hurt he had caused the women.