The six-wheeled rover is surveying an area known as Utopia Planitia, searching for signs of water or ice. 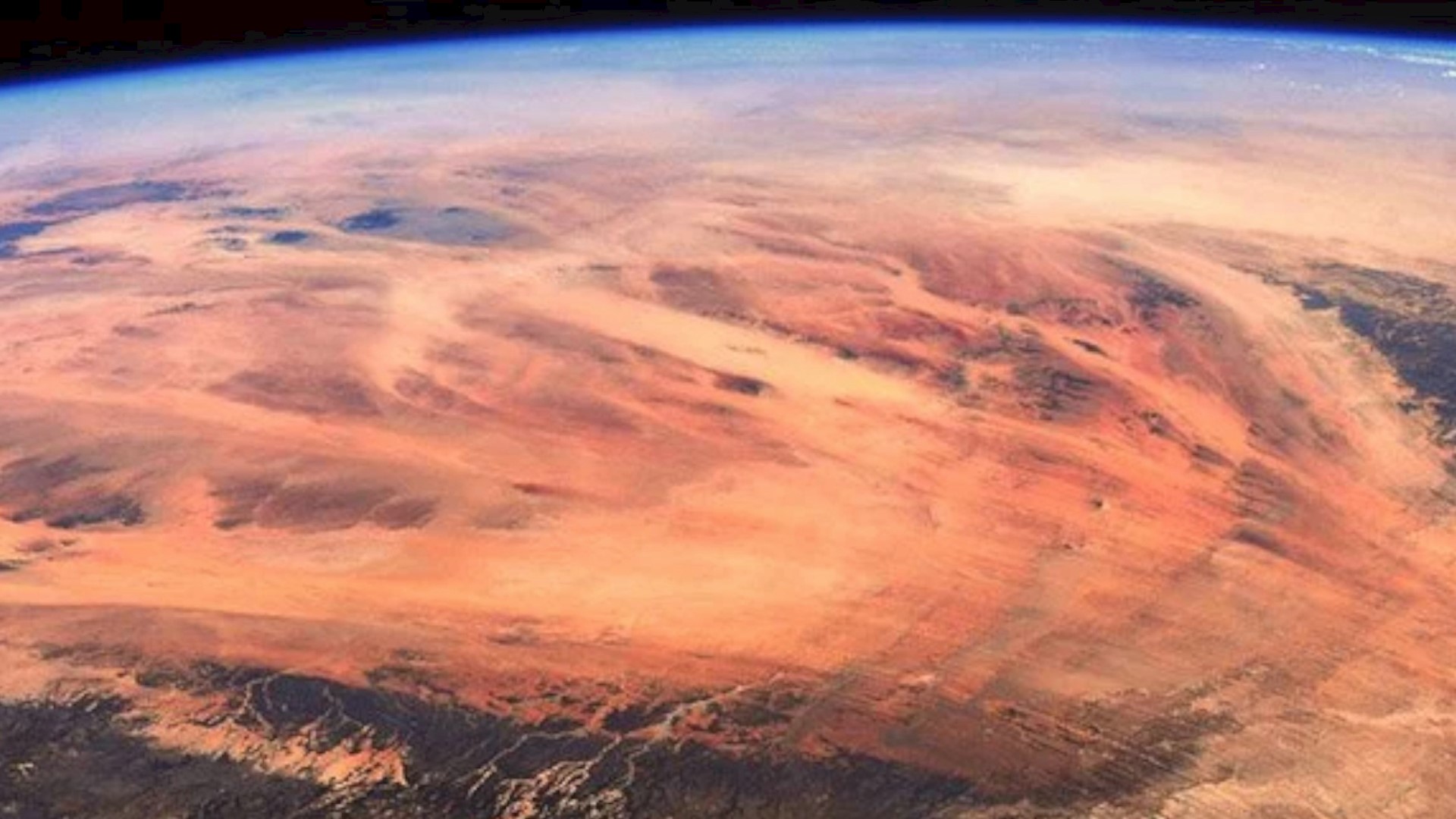 BEIJING, China — The dusty, rocky Martian surface and a Chinese rover and lander bearing small national flags were seen in photos released Friday that the rover took on the red planet.

The four pictures released by the China National Space Administration also show the upper stage of the Zhurong rover and the view from the rover before it rolled off its platform.

Zhurong placed a remote camera about 10 meters (33 feet) from the landing platform, then withdrew to take a group portrait, the CNSA said.

China landed the Tianwen-1 spacecraft carrying the rover on Mars last month after it spent about three months orbiting the red planet. China is the second country to land and operate a spacecraft on Mars, after the United States.

The orbiter and lander both display small Chinese flags and the lander has outlines of the mascots for the 2022 Beijing Winter Olympics and Paralympics.

Credit: AP
In this image released by the China National Space Administration (CNSA) on Friday, June 11, 2021, the Chinese Mars rover Zhurong is seen near its landing platform taken by a remote camera that was dropped into position by the rover. China on Friday released a series of photos taken by its Zhurong rover on the surface of Mars, including one of the rover itself taken by a remote camera. (CNSA via AP)

The six-wheeled rover is surveying an area known as Utopia Planitia, especially searching for signs of water or ice that could lend clues as to whether Mars ever sustained life.

At 1.85 meters (6 feet) in height, Zhurong is significantly smaller than the U.S.'s Perseverance rover which is exploring the planet with a tiny helicopter. NASA expects its rover to collect its first sample in July for return to Earth as early as 2031.

In addition to the Mars mission, China's ambitious space program plans to send the first crew to its new space station next week. The three crew members plan to stay for three months on the Tianhe, or Heavenly Harmony, station, far exceeding the length of any previous Chinese mission. They will perform spacewalks, construction and maintenance work and carry out science experiments.

Subsequent launches are planned to expand the station, send up supplies and exchange crews. China has also has brought back lunar samples, the first by any country’s space program since the 1970s, landed a probe and rover on the moon’s less explored far side.