The animals were waiting to be rescued perched on top of the highest surface they could find, PETA said. 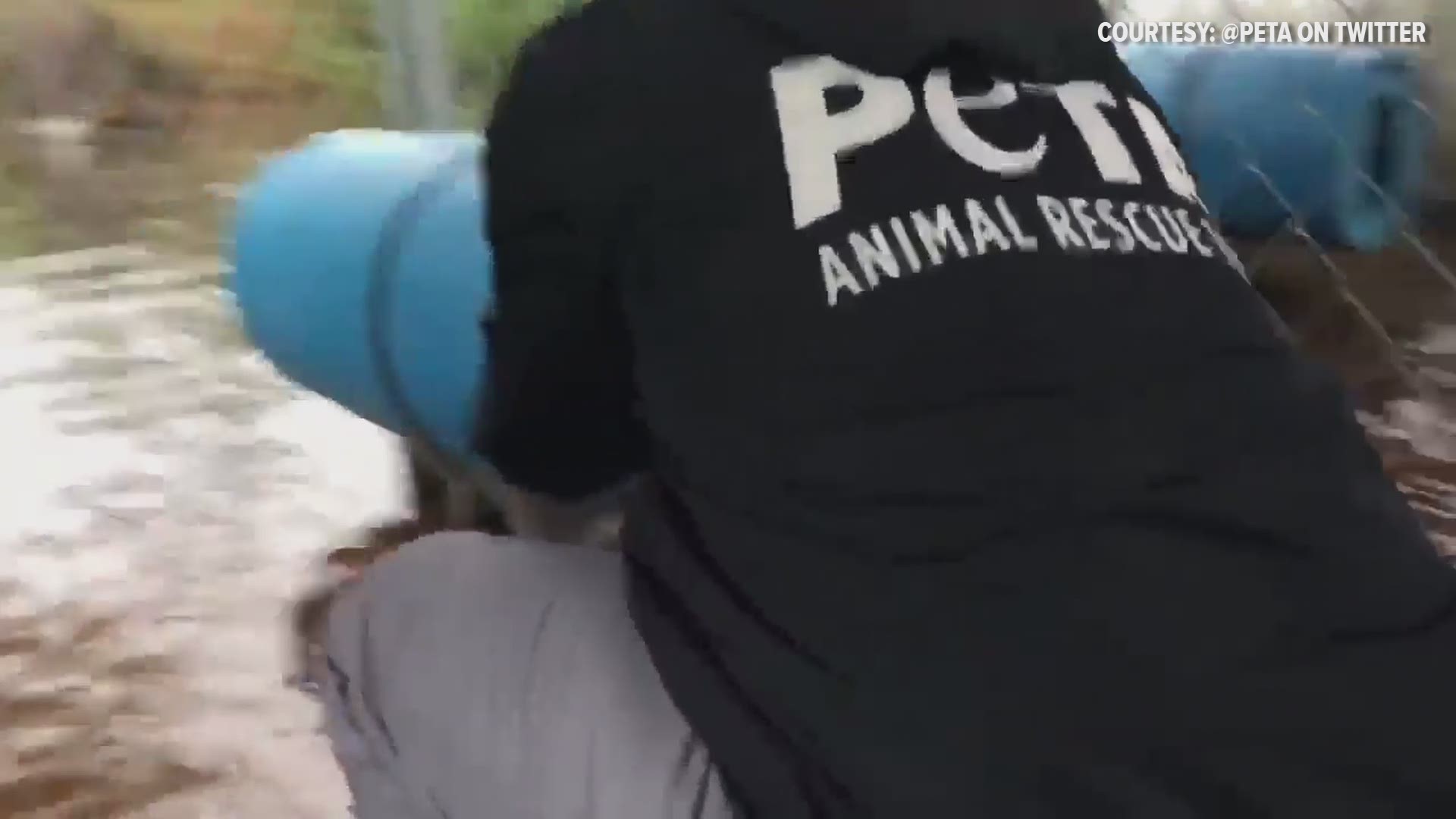 Even though Tropical Depression Florence is winding down, flood waters are still rising and rescue teams are going door to door to help who they can.

Among the men and women who brave the weather are PETA’s Animal Rescue Team, who have been posting on social media the different animals they’ve saved so far in areas ravaged by the storm.

One video on their Twitter page shows the team in North Carolina rescuing dogs trapped inside kennels, chickens wading in their coups, and even a lonely pit bull stranded on plywood and surrounded by flood waters.

@shelby_heary These trapped dogs & chickens in #NorthCarolina were perched atop any higher surface they could find to try to escape #HurricaneFlorence floodwaters before our emergency rescue team moved them to safety. Updates here: https://t.co/exx39uJoXz pic.twitter.com/Pa8hWixZVt

Another photo showed the team evacuating a three-legged goat named Claire from Norfolk, Virginia in anticipation of the storm.

No “kid” left behind! Evacuated from #Norfolk in anticipation of #HurricaneFlorence, meet rescued 3-legged goat Claire! She spent the night at PETA’s shelter & then we drove her to her new sanctuary home in #Connecticut ❤️ pic.twitter.com/ToBkSv5gio

Amid the rescue efforts, PETA staff members from around the country urge residents in storm-affected areas to take their animals with them when evacuating a flood zone. The organization also advises pet owners to take the following precautions before or during a weather emergency: