The FTC has a blunt message for those people who want to select the cash option from the Equifax settlement: Expect to be disappointed. Here's why. 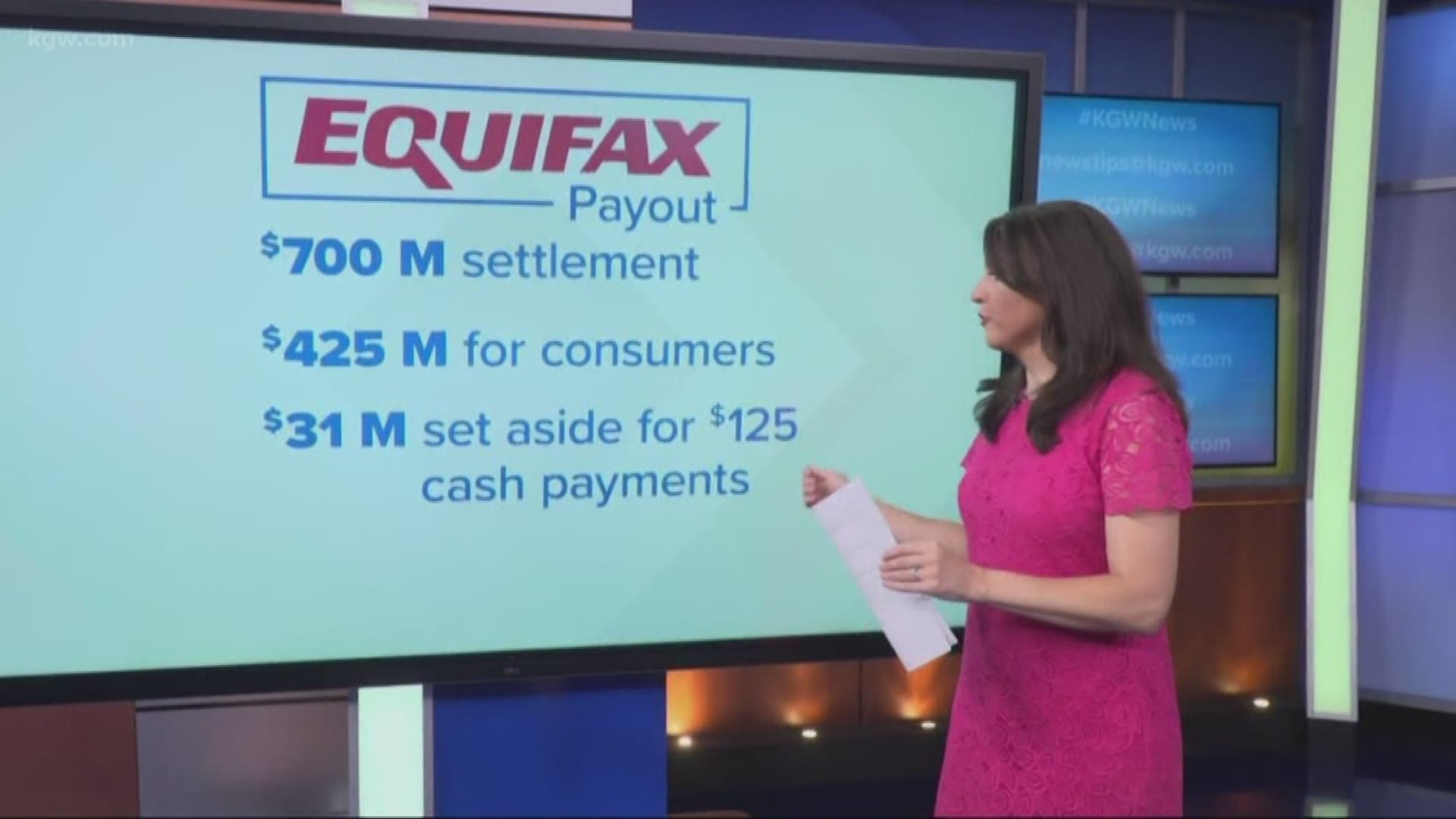 WASHINGTON — The Federal Trade Commission is telling people that they will be "disappointed" by how much money they actually get if they select the $125 cash option from Equifax's settlement over a 2017 data breach.

Last week, Equifax announced it would be paying $700 million to settle lawsuits over the breach that affected nearly 150 million people. One part of the settlement that was highly publicized included the option for those affected to get a $125 reimbursement instead of free credit monitoring.

But the FTC warned Wednesday that consumers shouldn't expect to get anywhere near that amount of money if they choose that route. That's because there's been an "overwhelming" public response with millions of people visiting the claims website in just the first week, according to the commission.

"You can still choose the cash option on the claim form, but you will be disappointed with the amount you receive and you won’t get the free credit monitoring," the FTC explained on its website.

To put it simply, so many people are selecting the cash option that there's not enough settlement funds to go around.

"Because the total amount available for these alternative payments is $31 million, each person who takes the money option is going to get a very small amount." the FTC said. "Nowhere near the $125 they could have gotten if there hadn’t been such an enormous number of claims filed."

The breach exposed the Social Security numbers and similar sensitive information of about half of the U.S. population. Around 147 million had their personal information revealed.

If you've already filed your claim for the cash payment but now want the credit monitoring, the FTC noted that the settlement administrator will be sending an email giving the option to switch. You can also email info@EquifaxBreachSettlement.com to make a change to your claim.

The deadline to file a claim is January 22, 2020 and no benefits will be sent out until a court allows, which will be January 23, 2020 at the soonest, the FTC said.

However, the wait to see the money could drag on even longer if there are court challenges. For example, in 2017 millions of people in 15 states joined a class action lawsuit against dairy producers and were promised a milk refund. More than two years later, that settlement still hasn't been paid out because of objectors appealing the settlement, according to the Fresh Milk Products Antitrust Litigation website BoughtMilk.com.

RELATED: Remember that milk refund you signed up for?

Credit: AP
FILE - This July 21, 2012, file photo shows signage at the corporate headquarters of Equifax Inc., in Atlanta. Equifax will pay up to $700 million to settle with the Federal Trade Commission and others over a 2017 data breach that exposed Social Security numbers and other private information of nearly 150 million people. The proposed settlement with the Consumer Financial Protection Bureau, if approved by the federal district court Northern District of Georgia, will provide up to $425 million in monetary relief to consumers, a $100 million civil money penalty, and other relief. (AP Photo/Mike Stewart, File)

RELATED: Equifax Data Breach | Check here to see if you're eligible for a check, how to file a claim

RELATED: How to protect your credit following massive Capital One data breach