A new rule would prevent people from seeking asylum at the U.S. border if they first pass through another country and don't apply for protection there first. 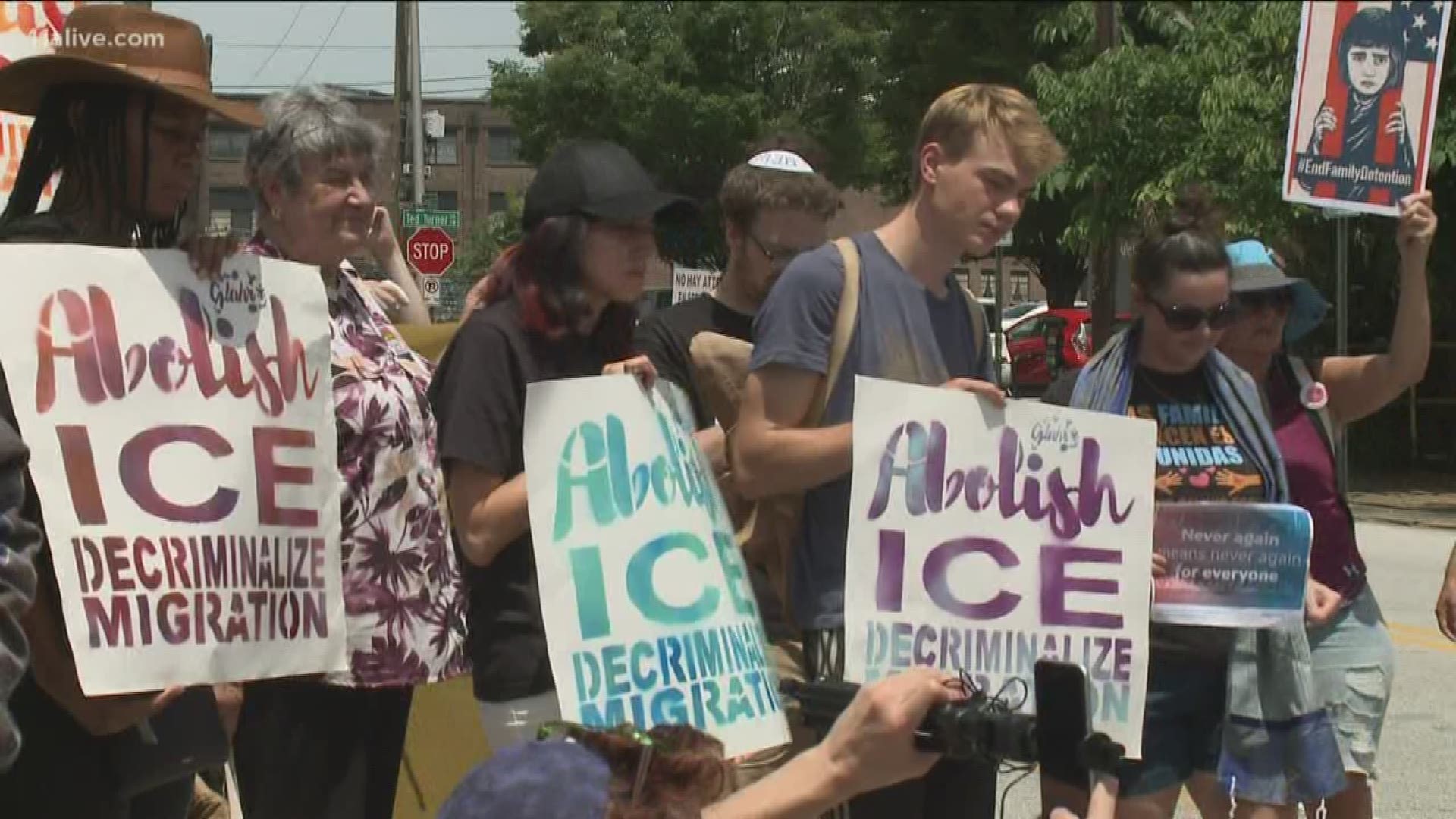 There's been no sign of massive immigration raids in Atlanta.

The nationwide immigration enforcement operation targeting people who are in the United States illegally was expected to begin over weekend after it was postponed last month by President Donald Trump, according to two administration officials and immigrant activists.

President Trump said the raids would focus on 2,000 undocumented immigrants with deportation orders. The priority would be those who have committed crimes.

The New York Times reported "the plans for the operations were changed at the last minute because of news reports that had tipped off immigrant communities about what to expect," adding that the plan now is for a smaller operations throughout roughly a week's time.

On Monday, protesters came together at the Immigration and Customs Enforcement office in downtown Atlanta. They protested the raids, as well as the detention centers along the U.S. – Mexico border.

“I think it’s time that we stand up, that we make a statement, that we say enough is enough," said one protester.

NBC reports one person was arrested for disorderly conduct.

RELATED: Who is ICE removing from the U.S.

The on the same day as the protest comes an announcement of a new rule, which would prevent people from seeking asylum at the U.S. border if they first pass through another country and don't apply for protection there first.

But what didn't happen Monday were the expected large-scale ICE raids.

"The raids didn’t happen like they said they would happen on Sunday, but on Monday, they were again really, really quiet," Kevin Joachin with Georgia Latino Alliance for Human Rights (GLAHR) told 11Alive's Elwyn Lopez.

Joachin and a group of GLAHR community organizers and volunteers went door to door to immigrant communities to inform people of their legal rights, and the most common question: When will these raids happen?

“We say, we don’t know, right? We don’t know if they are going to be around today," Joachin said.

“Immigrants regardless of their status do have constitutional rights, the right to due process of the law and equal protection of the law. The constitution doesn’t say that only U.S. citizens have those rights rather every person in the United States has those rights," Azadeh Shashahani with the social justice organization Project South said.

“It’s important to document the information, and just remember not to open the door unless they have a warrant signed by a judge," Shashahani added.

And while the uncertainty continues to create fear and anxiety, Joachin said life must go on.

"Eventually our community has to get back out and do their daily routine," Joachin said. "Our community is in fear, but they are also ready to do what they have to do in their daily lives and they are not going to let fear stop that.”

ICE sent 11Alive the following statement when we asked about the reported raids:

"Due to law-enforcement sensitivities and the safety and security of U.S. Immigration and Customs Enforcement personnel, the agency will not offer specific details related to enforcement operations. As always, ICE prioritizes the arrest and removal of unlawfully present aliens who pose a threat to national security, public safety and border security. In fact, 90 percent of aliens arrested by ICE’s Enforcement and Removal Operations component in FY2018 had either a criminal conviction(s), pending criminal charge(s), were an ICE fugitive, or illegally reentered the country after previously being removed. However, all of those in violation of the immigration laws may be subject to immigration arrest, detention and – if found removable by final order – removal from the United States."

VERIFY: Are there 500,000 European undocumented immigrants in the U.S.?

VERIFY: Know your rights during an ICE raid