Strong winds and massive waves on Wednesday uncovered a buried shipwreck. Now work is being done to identify the ship. 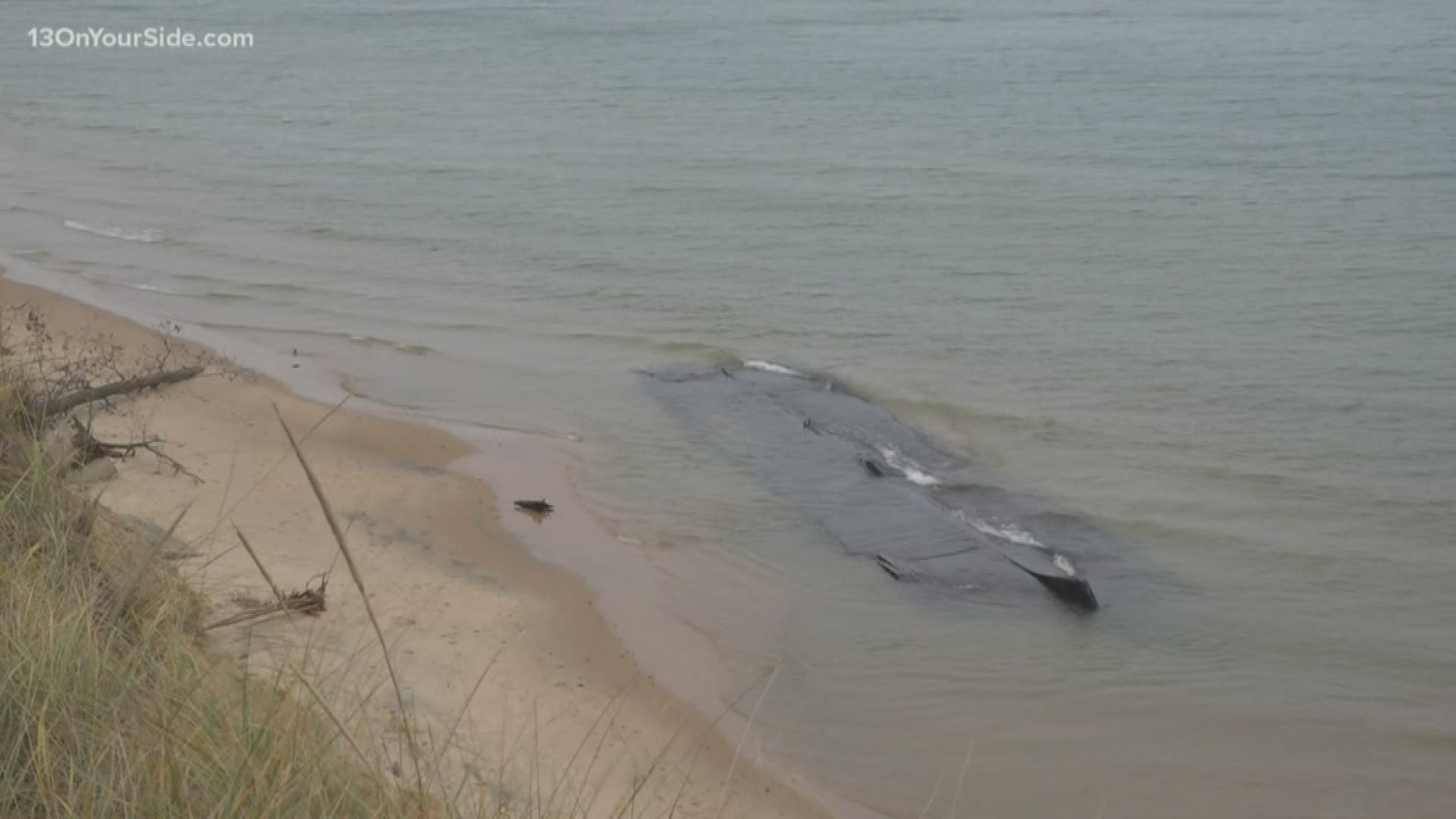 MUSKEGON, Mich. — A shipwreck that had been buried under sand just off the Muskegon coast was discovered after Wednesday's storm with strong winds and massive waves uncovered it.

Gary Passon and John Hanson with the West Michigan Underwater Preserve (WMUP) were taking measurements and investigating the ship's construction Friday, hoping to gather enough information to identify the wreck.

The WMUP is a non-profit organization that partners with the state of Michigan to help preserve shipwrecks and educate the public on them. Hanson said they are working with the state marine archaeologist to identify the ship.

Hanson said storm surge uncovered the wreck, which is off the coast of private property in Muskegon.

Kim McDaniel was one of the people who discovered the boat. She said after eating Thanksgiving dinner on Thursday, she walked to the shoreline to see what damage Wednesday's storm had caused.

"We were shocked to see this boat that was not there the day before," said McDaniel.

First thing on Friday, McDaniel called the Coast Guard and called some historians who sent out divers. She said the divers determined the boat is about 86-feet long and is a 19th century flat-bottomed scow.

"They were the workhorses of the 19th century. They didn't have roads in Michigan then, so they used these ships who delivered goods up and down the coasts to different cities," said McDaniel.

McDaniel urged people to stay away from trying to see the ship because it is only visible from private property and because of erosion, it is dangerous to scale the bluffs.

"Please, please respect this relic. Please give the professionals a chance to measure her, to identify her—right now she is unknown, she is uncharted. Please be careful. These bluffs are eroding, they are falling in.," she said "It is not safe, please be careful."

Wednesday's storm caused significant damage to the Lake Michigan shoreline, which has already been battered by fall storms. In Holland, the high water levels and the storm surge produced near-record high water levels. The last time the water levels reached that high was in 1985, according to the National Weather Service.

Other stories on 13 ON YOUR SIDE: