The 'Monopoly Man' was spotted far from Boardwalk and Park Place on Wednesday. 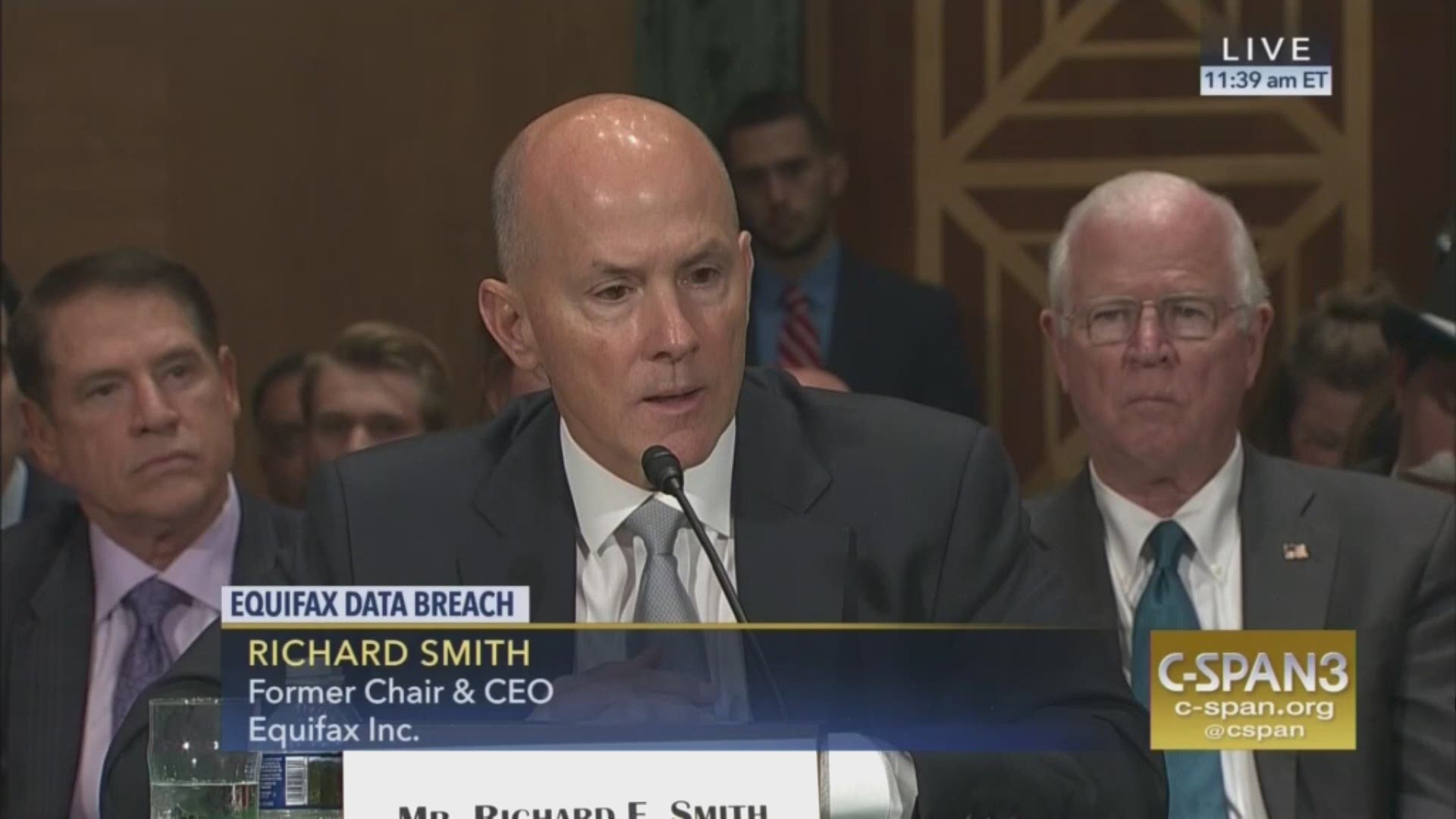 A person dressed like the 'Monopoly Man' photobombed the former CEO of Equifax during his testimony Wednesday morning on Capitol Hill.

The man, dressed in a suit with a top hat, red bow tie, and monocle, had a seat right in the middle of the room as former Equifax Chair and CEO Richard Smith answered lawmaker questions about the organization's recent data breach.

Throughout most of the Senate hearing, the 'Monopoly Man' could be spotted just off-screen to the right of Smith. He also repeatedly adjusted his monocle throughout the two hour hearing.

As Senate lawmakers grilled Equifax's former CEO on Wednesday, he was getting photobombed by a person dressed like the 'Monopoly Man.'

"We sent the Monopoly man to the #Equifax hearing to send a message: Forced arbitration gives Equifax a monopoly over our justice system," the nonprofit advocacy group tweeted.

The Senate committee is examining the data breach at Equifax that's affected more than 145 million people. On Tuesday, Smith appeared before a House committee also looking into the breach.

Forced arbitration rip-off clauses give corporations like #Equifax more power than the Monopoly Man could have ever imagined. pic.twitter.com/R3pdT0KBOM