Pompeo's response comes one day after it was disclosed that he was among those listening in on Trump's July phone call with the Ukraine president. 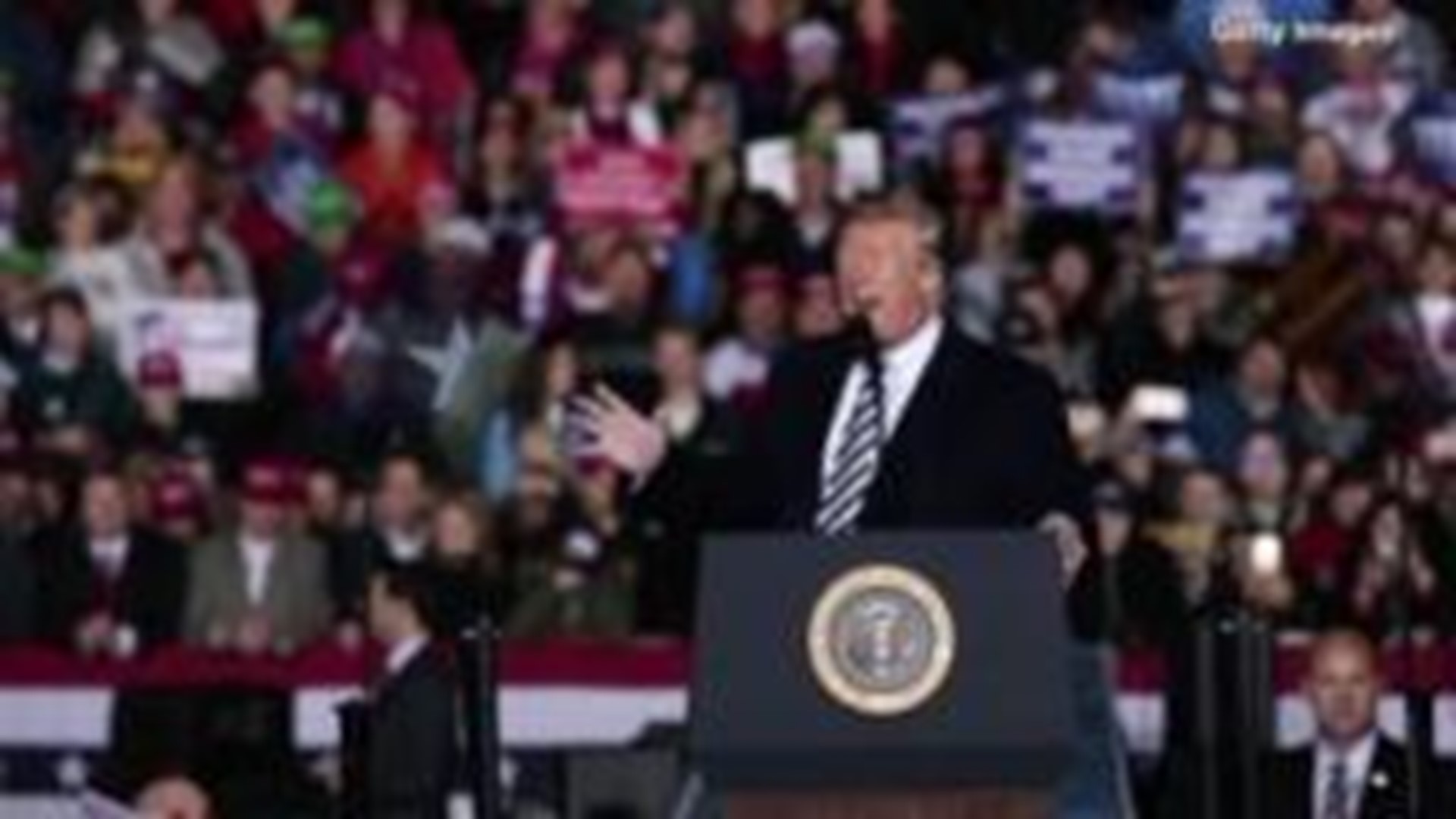 WASHINGTON — Taking a defiant stance in the impeachment inquiry, Secretary of State Mike Pompeo on Tuesday declared that House Democrats are trying to "intimidate, bully and treat improperly" five current and former career officials in seeking information in the Ukraine investigation.

Pompeo said in a letter to the House Foreign Affairs Committee, as part of the chamber's impeachment inquiry into President Donald Trump, that the requested dates for the officials to voluntarily appear for depositions were "not feasible."

"I am concerned with aspects of your request," Pompeo wrote to Rep. Eliot Engel, D-N.Y., chairman of the panel. "I will not tolerate such tactics, and I will use all means at my disposal to prevent and expose any attempts to intimidate the dedicated professionals."

The muscular response from Pompeo came one day after it was disclosed that he was among those listening in on Trump's July phone call with the Ukraine president that helped trigger the impeachment inquiry. The pushback signals a stiffening in the confrontation between the executive and legislative branches over impeachment, and could both slow the probe and expose Trump to charges that he is obstructing Congress.

In halting any appearances by State officials, and demanding that executive branch lawyers accompany them, Pompeo is underscoring the administration's expansive view of the White House's authority and setting the tone for conflicts to come.

When issuing a separate subpoena last week as part of the inquiry, the chairmen of three House committees made it clear that stonewalling their investigation would be considered obstruction of Congress in its investigation.

The panels are seeking documents from the State Department and voluntary testimony from the current and former officials.

"Your failure or refusal to comply with the subpoena shall constitute evidence of obstruction of the House's impeachment inquiry," wrote Engel and the other chairmen, Adam Schiff of the Intelligence Committee, and Elijah Cummings of the Oversight Committee.

The chairmen in their letter were seeking testimony over the next two weeks from officials including the former ambassador to Ukraine, Marie "Masha" Yovanovitch, and former special envoy Kurt Volker.

Volker played a direct role in arranging meetings between Rudy Giuliani, who is Trump's personal lawyer, and Ukraine President Volodymyr Zelenskiy, the chairmen said, as part of what is seen as a backchannel to Kyiv.

The Democrats also want to hear from T. Ulrich Brechbuhl, a counselor at the State Department, who also listened in on the Trump-Zelenskiy call, they said.

It's unclear whether Pompeo will comply with the committees' request for documents by Friday. He had declined to comply with their previous requests for information.

Pompeo, traveling in Italy to meet with the country's president and prime minister, ignored shouted questions about the impeachment inquiry on Tuesday.