Three-quarters of women and half of men said they would prefer a partner who votes for the same party they do, according to an OkCupid survey. 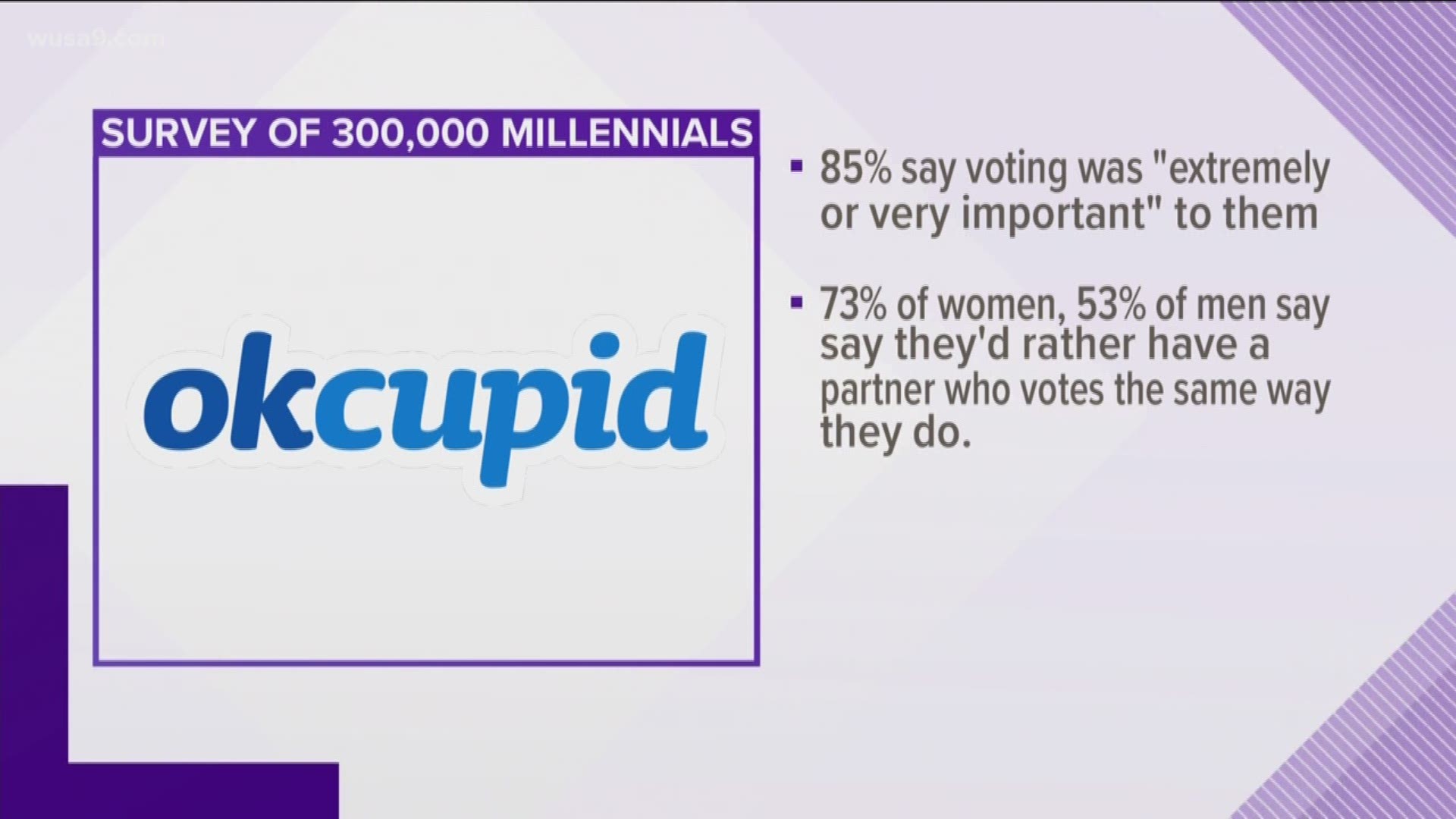 The perfect online dating profile includes information about your interests, personality and hobbies.

What about your voting record?

New data from online dating site OkCupid shows politics is playing an increasingly important role in dating. In an analysis of over 300,000 answers from OkCupid users that make up their dating profiles, 85 percent of millennial men and women said voting was “extremely or very important” to them.

The analysis comes just weeks before the 2018 midterms, in which turnout among young voters could have a huge impact on local and state races. Defined as those who are 18-29 years old, the young voter demographic has historically had the lowest turnout in midterm election years.

OkCupid's analysis looked at users born between 1980 and 1997; people born within those years are generally referred to as millennials.

"Your politics matter, and millennials voting in the bedroom is a thing," she said.

Hobley said that since President Donald Trump's inauguration, OkCupid has seen a "massive spike" in political terms on user profiles.

"People are flocking to tell us how they feel about (politics), and to more importantly have that impact their potential love matches," she said.

The data show that politics is the "dealbreaker or dealmaker" for many OkCupid users, Hobley said. In many cases, respondents said they would not date someone who didn't share their political beliefs.

"They don’t even want to see somebody that may not be engaged in the topics they care about," Hobley said of OkCupid's users. "But that doesn’t always mean people want to see someone who thinks the way they do. It means that they want people that care."

However, 77 percent of the millennial men said they'd date someone who didn't vote. Hobley said the gender divide could be attributed to millennial women feeling like their lives will be "directly impacted" by their choice of partner.

Particularly in regard to the #MeToo movement, Hobley said some women might be fearful of having a partner who wouldn't support them if they had a negative experience.

"What we’re seeing is there’s a fear by some young women that certain rights may be at risk, so they are voting in the bedroom and on their dating apps in the same way they are voting at the polls," Hobley said.

Ahead of the 2018 midterms, Hobley said OkCupid added questions asking users about the importance of participating in local and state elections. More than half of millennial users said they vote in midterm and local elections, and they were more likely to expect a romantic partner to do the same.

For Hobley, the data shows that OkCupid users – and millennials in general – are more politically engaged than one might think.