The discovery by a 23-year-old woman in the UK is stronger than similar plastics and it can biodegrade in 4-to-6 weeks. 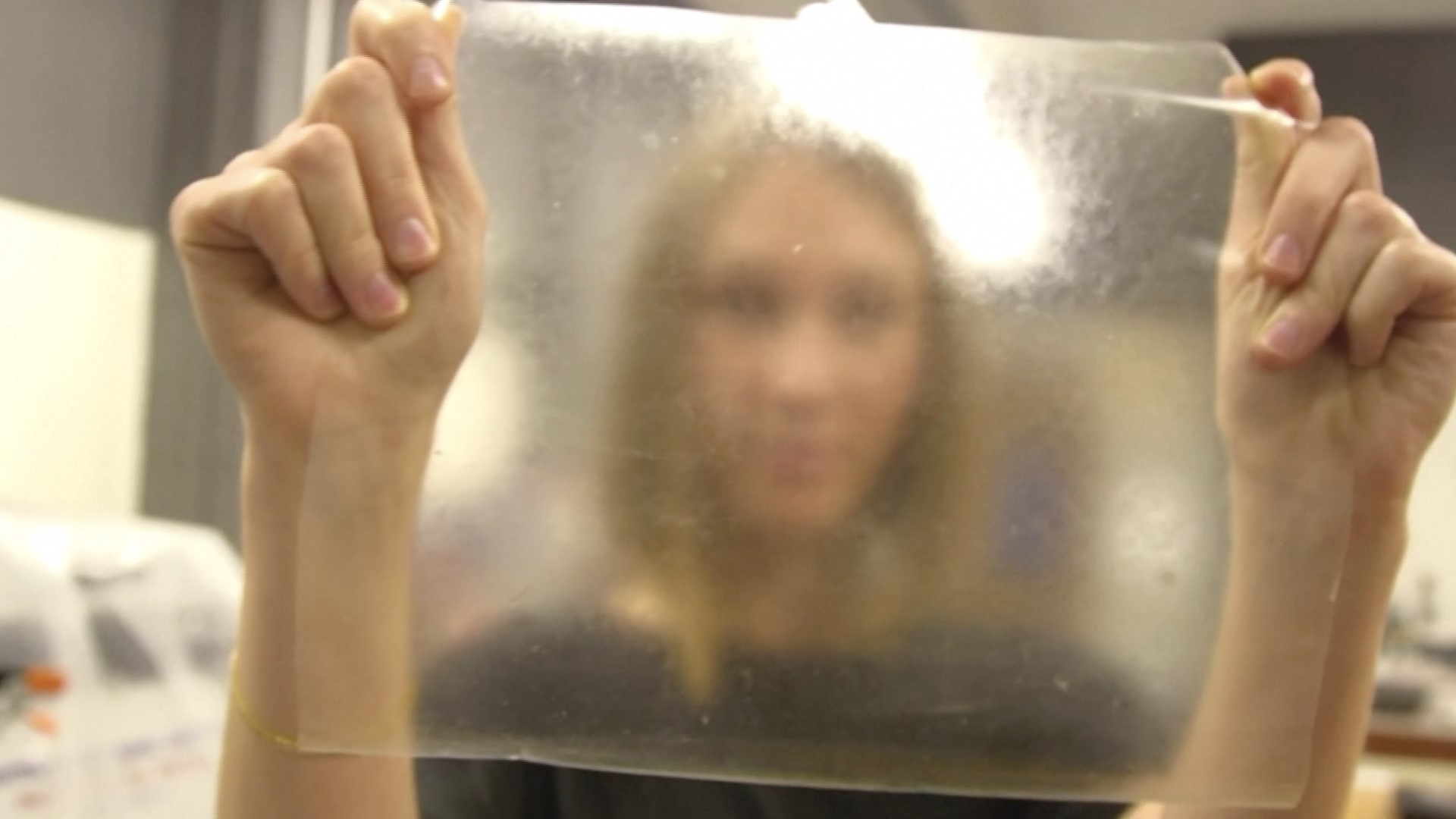 A 23-year-old British woman has developed a biodegradeable plastic alternative made primarily from fish waste that she says could one day replace the plastic used in everyday applications. That could cut down the massive amount of plastic in the world's landfills and oceans.

Lucy Hughes, a graduate from the University of Sussex, developed MarinaTex, which just earned her an international James Dyson Award. MarinaTex is made from fish waste, seaweed and algae.

MarinaTex is translucent and it's stronger than low-density polyethylene (LDPE), which is used to create all sorts of plastic containers. Hughes says it's a compostable option that could replace the clear windows you often find in plastic packaging such as bakery bags and sandwich packs. It can biodegrade in 4-to-6 weeks.

"To the touch, MarinaTex feels a lot like plastic, but the similarities end there. In fact, it is stronger, safer and much more sustainable than its doppelganger. The material is relatively low tech and does not require much energy to produce," Hughes wrote in her Dyson Award entry.

Hughes said she was inspired after hearing that by 2050 there will be more plastic in the ocean than fish by weight. Among the worst offenders are single-use plastics -- things like water bottles. A 2017 report by The Guardian found 1 million plastic bottles were sold around the world every minute. A 2018 National Geographic report found 91% of the world's plastic is not recycled.

"Plastic is an amazing material, however we have become too plastic happy and design only for the use of the product, which can sometimes be a fraction of the product's overall lifespan," Hughes said.

Hughes says the next steps include getting funding to potentially launch this as a business. She also wants to research how many applications it can be used for.

Hughes wasn't out to solve the plastic problem when she made the discovery. She started her research at a fish processing plant, trying to see if she could find value to the waste it was generating to keep it out of the landfill. 50 million tons of fish waste is produced worldwide each year, she said.

"After researching the waste streams, I found that the fish skins and scales had the most potential locked up in them due to their flexibility and strength enabling proteins," Hughes said.

After performing over 100 experiments, she discovered its viability as a plastic alternative.

Because this is made from organic materials, it is also edible. Hughes says she wants to research its nutritional value.