Body camera footage of the stop has spread online, triggering a nationwide outcry for action and transparency. 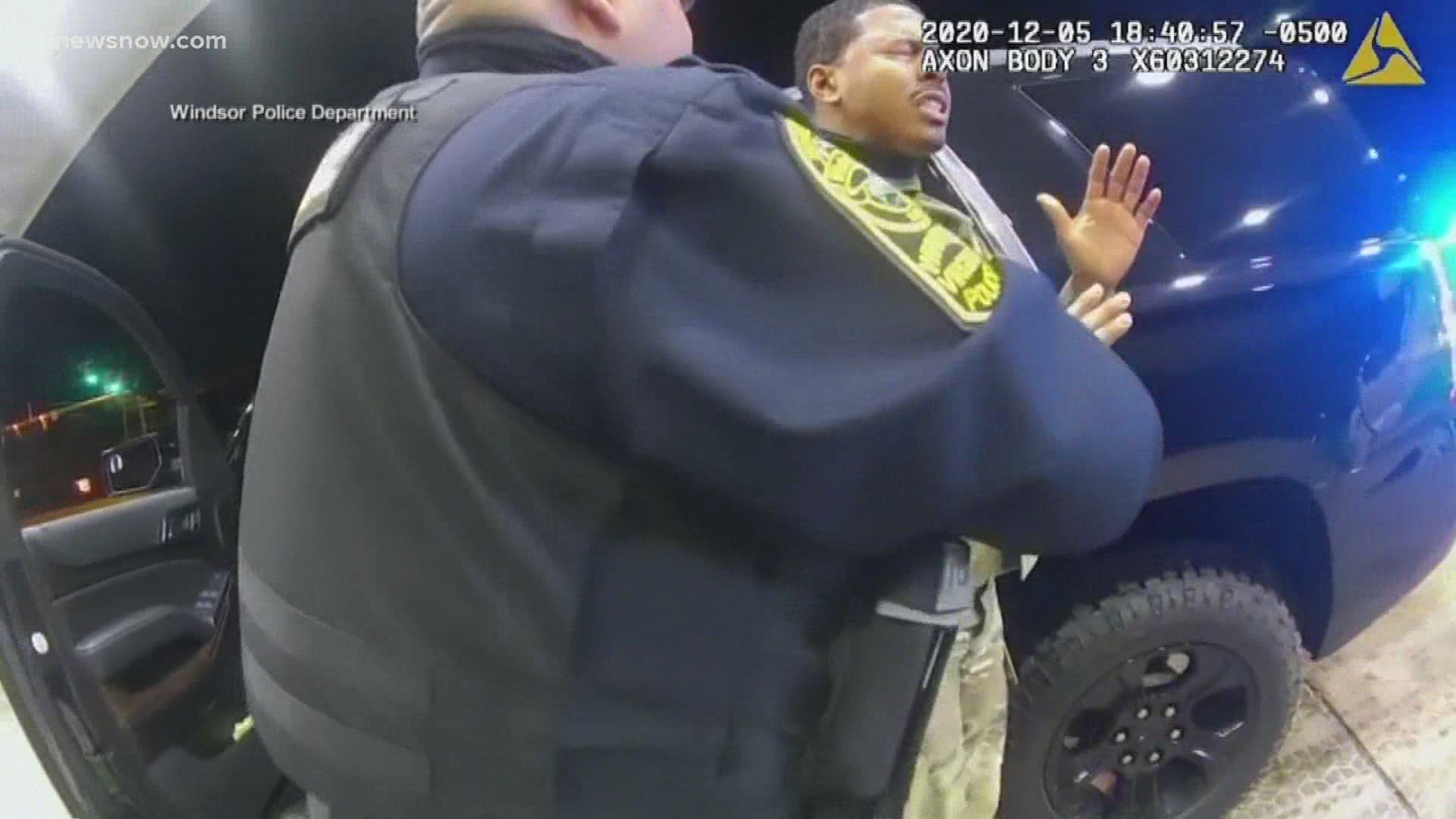 ISLE OF WIGHT COUNTY, Va. — Body camera footage of a traffic stop in Windsor has triggered calls from some state leaders and national activist groups for accountability, transparency and further investigation into the incident.

A second lieutenant in the U.S. Army sued two Windsor officers over a traffic stop late last year during which the officers threatened him and his military career.

Body camera video shows one officer pepper-spray Lt. Nazario after he and another officer pulled him over and drew their guns. That video has made its way across social media platforms and garnered national attention.

Governor Northam tweeted a statement Sunday afternoon, describing the incident as "disturbing." He also called on the Virginia State Police to launch an independent investigation.

My statement on the encounter between Lieutenant Caron Nazario and two officers from the Windsor Police Department: pic.twitter.com/GcfL5YeIRm

Other state leaders and high-profile figures publicly spoke out about the incident describing it as "horrifying" and "unacceptable."

Army Lt. Nazario, wearing the cloth of this country, was driving home when he was pulled over, harassed, pepper sprayed and held at gun point - with no explanation. Horrifying. This is unacceptable from any officer here in the Commonwealth or in this nation.

Incidents like this are unacceptable. As our office continues to monitor the situation, the Windsor Police Department needs to be fully transparent about what happened during the stop and what was done in response to it.pic.twitter.com/YXVEGUWMeh

During an interview with 13News Now on Sunday, Virginia Attorney General Mark Herring shared his thoughts on the incident.

Herring, like many other state leaders, has a lot of questions about the incident.. He said he hopes to get answers through an independent investigation.

“It should get us the answers we need about what happened, and have there been other incidents like this with these particular officers or the department?," said Herring.

The NAACP tweeted about the footage and called for an end to qualified immunity.

It also drove an NAACP chapter in Isle of Wight County to launch its own separate investigation into the incident.

Representative Bobby Scott demanded a federal investigation while advocating for a legislative measure that was introduced after the death of George Floyd:

“I was horrified when I viewed the recently released video footage of the police treatment of Caron Nazario, a second lieutenant in the U.S. Army. This should have been a routine traffic stop and the video speaks for itself. The release of this video also comes while the Hampton Roads community is still mourning the loss of Donovan Lynch who was killed by officers while their body worn cameras were not activated. Both of these instances should be investigated by federal authorities.

“These dangerous and tragic events highlight why the House of Representatives passed the George Floyd Justice In Policing Act. I urge my Senate colleagues to immediately pass this legislation and send it to President Biden’s desk for signature. It would be a critical first step in reforming policing in America.”

The VACP supports a thorough investigation of the Windsor Police stop of U.S. Army 2nd Lt. Caron Nazario. We do not condone excessive use of force in any way, and believe that appropriate action should be taken upon completion of an investigation.@AGMarkHerring @VaBlackCaucus

The Virginia Legislative Black Caucus also released a statement, making similar demands as Congressman Scott for both Windsor officers to be investigated:

"As the recently released appalling video of U.S. Army Lieutenant Caron Nazario makes clear, not even a military uniform and brave service to this country can shield Black and Brown Virginians from racist police harassment and brutality. In stark contrast stands the shield of qualified/sovereign immunity, which allows law enforcement to engage in racist brutality with little to no consequences.

We must revolutionize police accountability here in Virginia. These officers must be investigated immediately and held accountable for their atrocious actions.

Virginia had the opportunity to address this issue last session and the session before with Delegate Jeff Bourne’s HB 2045. His bill would have held law enforcement responsible for engaging in unlawful or abusive actions by providing Virginians victimized by police brutality with an avenue for redress. The legislation also would have worked to deter and prevent future incidents. Sadly this legislation was defeated.

We urge our colleagues in the General Assembly to adopt this necessary reform next session. These wanton acts of racist aggression from law enforcement cannot be allowed to continue."