Trump pronounced himself a fan of Kim Kardashian West's advocacy, praising her genes and declaring, 'I guess she's pretty popular.' 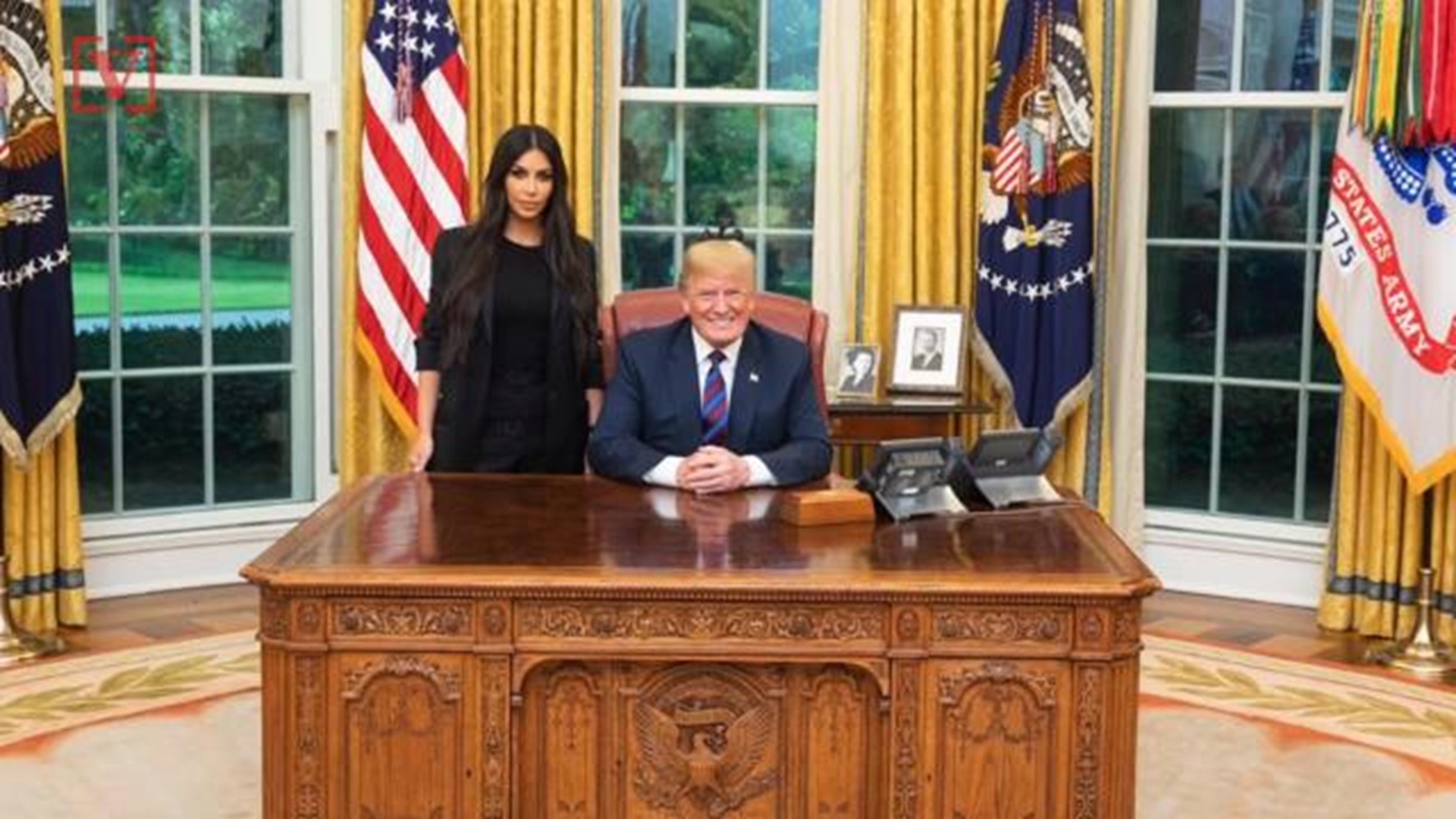 At an East Room event attended by Cabinet secretaries, activist and formerly incarcerated people, Kardashian West announced the creation of a new ride-sharing partnership that will give former prisoners gift cards to help them get to and from job interviews, work and family events.

"Everyone wants the community to be safe, and the more opportunity we have and that they have and the support that we help give them, the safer everyone will be," said Kardashian West, who became involved with the issue after learning about the case of Alice Marie Johnson, a grandmother who was serving a life sentence without parole for drug offenses.

Kardashian West successfully lobbied Trump to grant Johnson clemency and has been studying law under the tutelage of attorneys Jessica Jackson and Erin Haney of the bipartisan criminal justice reform group #cut50 ever since.

Trump pronounced himself a fan of Kardashian West's advocacy, praising her genes and declaring, "I guess she's pretty popular." And he marveled at the passage of the First Step Act, which he signed into law late last year.

The bill — a rare bipartisan victory in hyperpartisan Washington— included measures to reduce the sentences of thousands of prisoners and expand job training programs to decrease recidivism rates and relaxed the "three strikes" rule.

More than 1,000 federal inmates have had their sentences reduced thanks to the legislation, according to a recent report by the U.S. Sentencing Commission this month.

Credit: AP
President Donald Trump listens to Kim Kardashian West, who is among the celebrities who have advocated for criminal justice reform, speak during an event on second chance hiring in the East Room of the White House, Thursday, June 13, 2019, in Washington. (AP Photo/Evan Vucci)

The White House has since been working with various companies, advocacy groups and federal agencies to try to give prisoners released early the tools and jobs they need to successfully adjust to life outside prison so they don't wind up behind bars again.

Jackson and Haney praised the legislation and said its effects will make a real difference for former offenders.

"Let's keep this momentum going by making sure those who are coming out of federal prison are given support and empathy as they take the next step in their lives," they said.

Trump has embraced the efforts originally pushed by his son-in-law and senior adviser Jared Kushner to make changes to the criminal justice system, using them to highlight the low unemployment rate and paint himself as a president focused "on lifting up all Americans." It's a deeply personal issue for Kushner, whose father spent time in federal prison when he was younger.

In addition to the ride share vouchers — a Lyft spokeswoman later confirmed it was the partner involved — Trump announced several other measures, including stepped-up efforts by the Federal Bureau of Prisons to work with businesses to help line up jobs for those being released and additional funds for states to support companies that hire former inmates. He said his administration hopes to cut the unemployment rate for formerly incarcerated people to single digits within five years.

Credit: AP
White House senior adviser Jared Kushner and Ivanka Trump, right, sit with Kim Kardashian West, who is among the celebrities who have advocated for criminal justice reform, as they listen to President Donald Trump speak about second chance hiring in the East Room of the White House, Thursday June 13, 2019, in Washington. (AP Photo/Evan Vucci)

"Now we much make sure that the Americans returning from prison get a true second chance," he said.

Also attending the event was Trump's departing press secretary, Sarah Sanders, whose surprise resignation Trump announced by tweet just before it started. Trump invited Sanders up onstage midway through the proceedings and photographers jockeyed to snap photos of Sanders, in addition to Kardashian West.