One of the 12 U.S. federal holidays comes once every four years

With the addition of Juneteenth, there are now 12 holidays for federal workers in the United States. But one of them does not happen every year. 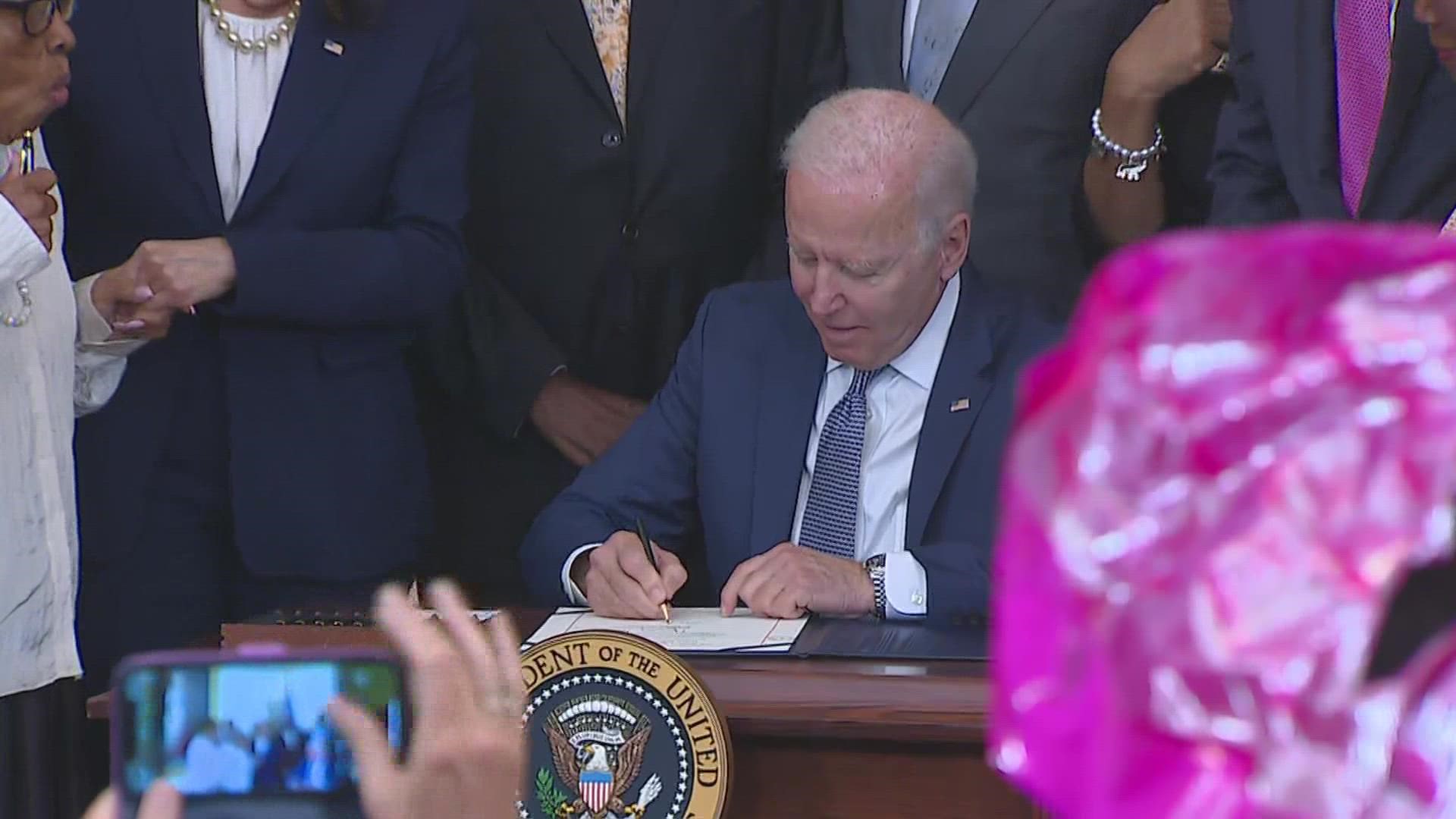 President Joe Biden has signed the bill making Juneteenth -- June 19 -- an official federal holiday. What may not be widely known is one of those holidays only comes once every four years.

Juneteenth commemorates June 19, 1865, when Union soldiers brought the news of freedom to enslaved Black people in Galveston, Texas — two months after the Confederacy had surrendered. That was also about 2 1/2 years after the Emancipation Proclamation freed slaves in the Southern states.

The Senate passed a bill by unanimous consent decree on Tuesday to recognize Juneteenth. The House followed with a near-unanimous vote on Wednesday, with 14 members voting against its establishment.

According to the U.S. Office of Personnel Management, there were 10 annual paid federal holidays prior to the addition of Juneteenth.

It's Inauguration Day, which happens every four years.

"This holiday is designated as 'Inauguration Day' in section 6103(c) of title 5 of the United States Code, which is the law that specifies holidays for Federal employees," the OPM website states.

In 2025, Inauguration Day and MLK Day will both fall on Monday, Jan. 20. That means while there will be 12 federal holidays, there will only be 11 paid days off for federal workers.