The ruling was part of a defamation lawsuit against Jones, who has promoted conspiracy theories that Sandy Hook shooting that killed 26 was a hoax. 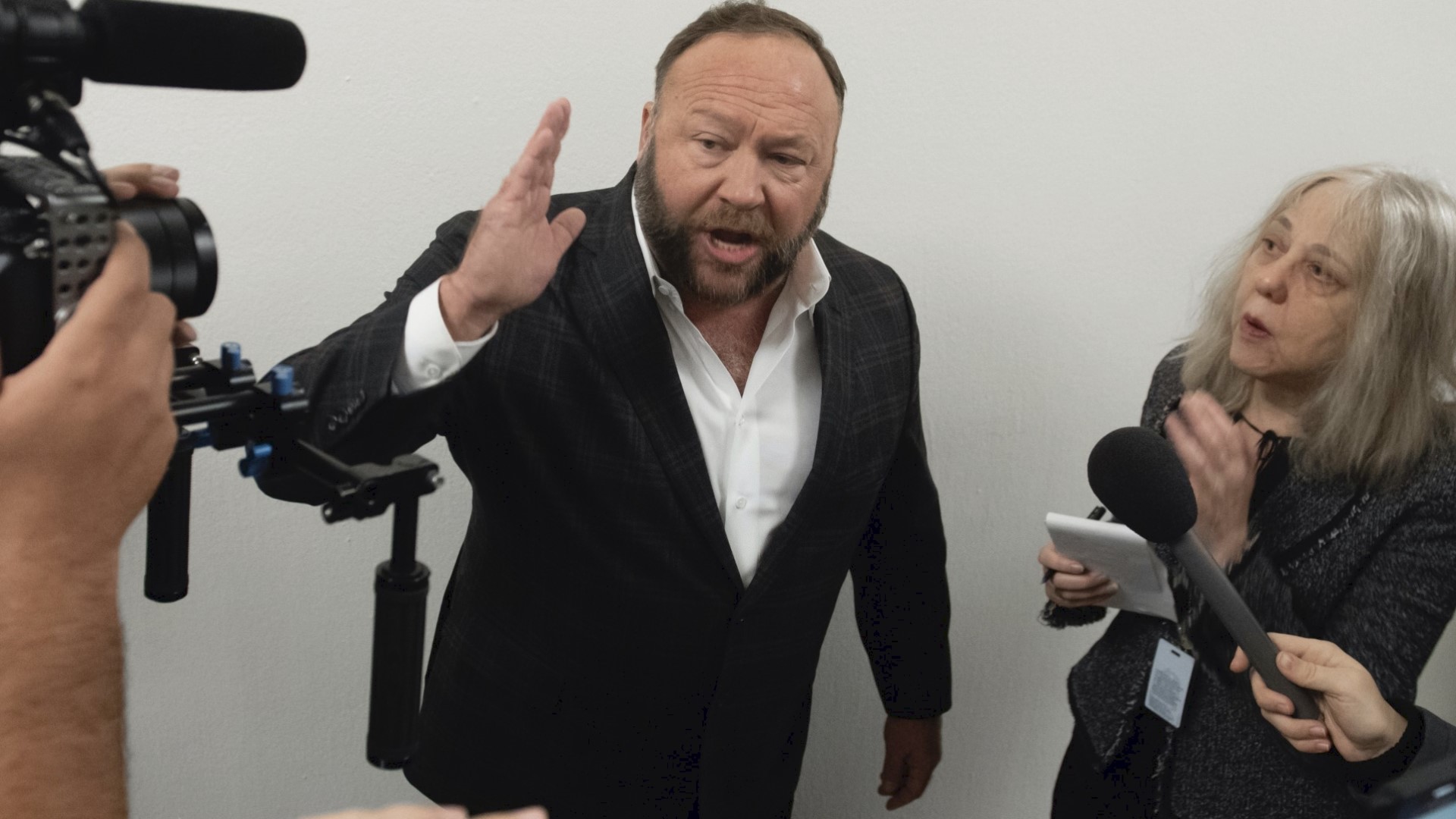 A Texas judge has ordered Infowars founder Alex Jones to pay more than $100,000 in legal fees and court costs for a defamation case brought against him by the father of a child killed in the Sandy Hook mass shooting.

According to The New York Times, Judge Scott Jenkins of the Travis County District Court made the order in a Dec. 20. The ruling said Jones and his attorney ignored a court order in October to present documents and witnesses to Neil Heslin, the plaintiff. Jenkins said Jones actions "should be treated as contempt of court' and ordered Jones to pay Heslin $65,825.

In a separate ruling, Jones was also ordered to pay an additional $34,323.80 in legal fees when Jenkins denied Jones' motion to dismiss the lawsuit, according to the Daily Beast. Jones must pay a total of $100,148.80.

Heslin is one of many parents who have taken Jones to court for his conspiracy theories saying the 2012 shooting at Sandy Hook was a "hoax." Heslin's son, 6-year-old Jesse Lewis, was one of 26 killed in the shooting. Jones has since acknowledged in sworn testimony that the shooting occurred.

“Mr. Jones is learning that he cannot treat the courts with the same contempt he showed my clients,” Mark Bankston, Heslin’s lawyer, told the Times.

“In disobeying court orders, Mr. Jones has shown how desperate he is to ensure nobody finds out how Infowars really operates, or the lengths the company went to carry out its five-year campaign of malicious harassment against these parents.”

Including a previous order in October against Infowars, Jones has been ordered to pay $126,023.80 total so far, according to the Daily Beast. A trial date has not yet been set.